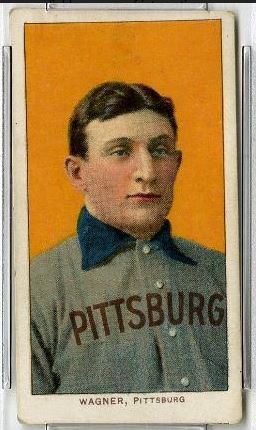 In 2016 a variety of themes emerged in the Rare Book Monthly articles. Tracking the market was one of our most frequent and high visibility topics:

“Are books a good investment?” asked an article we published in February. It concluded…."It is undoubtedly possible to make money investing in books, but it surely is not easy.” www.rarebookhub.com/articles/1959

That same month RBH reported a 7% decline in book auction sales prices. The dip was attributed to the “uncertain economy.” According to the story, the median price of all lots in the books and paper field declined by 7% last year, dropping from $286 to $266. That compares to a 5% increase the previous year. The result is that prices were also 2% lower than in 2013, but still 5% higher than 2012. Prices had mostly been rising since the major recession that hit in 2008. www.rarebookhub.com/articles/1975

Heedless of any decline, “rising prices in paper ephemera were confirmed once again” when an antique baseball card of Johannes Peter "Honus" Wagner issued 1909 set record price over $3 million at an October auction as we reported in November. www.rarebookhub.com/articles/2107

RBH again took the market temperature in July by interviewing a cross section of dealers. While going was uneven at the mid and lower levels, the article said, “Dealers selling at the top seem happy to be there. "We [Bill Reese speaking on behalf of his organization] have, for ten years, been aggressively cutting prices on slow moving material while sharpening our focus on unique copies of exceptional books. The top of the market remains firm. Our challenge is to keep the less expensive, less rare inventory competitive so we review and re-price as necessary.... Browsers remember what they have seen and describe dealer stock as fresh or passed over. ‘Fresh’ is important.’” www.rarebookhub.com/articles/2066

What kept it “fresh” was a constant round of book fairs, auctions and dealer catalogs. Detailed auction reports and dealer catalog reviews appeared in every issue. As for shows and special events RBH reviewed many of them from the big doings on both coasts to smaller book and paper shows. Some of the highlights included April’s report “In New York Rare Books are Everywhere” www.rarebookhub.com/articles/2001 and an August article observing that the 47 years later the annual Comic-Con is still going strong. www.rarebookhub.com/articles/2068

The year just completed included articles with analysis by individual dealers such as the one in September where Ken Lopez updated his forecast for modern book collecting trends:

"I take an optimistic view of the book collecting world,” Lopez said. “The prices are comparatively low and so is the point of entry…...Some of what’s changing now is happening under the surface, happening at a low dollar level. It doesn’t catch the notice (of dealers in our price range). It’s not going to make it into our catalog. But,” he added, “it’s definitely expansion of what’s considered (collectible), more inclusive…" Today’s market the demand has moved away from books to a more diverse definition of what’s collectible including “ephemera and writers who cross fields and genres." He sees it as an interweaving of cultural forms and styles, and interest coming from many sectors as diverse as collectors, academic, hip-hop, music and dance. The definition is changing. Individual collections are more inclusive, not just text…. In his opinion, “The transitional period is over. …. People collect for reasons that won’t go away. Overall, collectible books will tend to appreciate.” www.rarebookhub.com/articles/2072

In 2016 RBH also focused in on a high visibility dispute regarding the estate of well known illustrator Maurice Sendak who died in 2012. In May we reported that the battle between the Rosenbach Museum of Philadelphia, where Sendak housed his original manuscripts and art for many years, and the executors of his will/directors of the Maurice Sendak Foundation (those executors and directors are one and the same) had turned ugly and personal. The dispute concerned millions of dollars in rare books in the possession of the foundation but demanded by the Rosenbach. www.rarebookhub.com/articles/2015

By December the matter was at least temporarily resolved when the Connecticut probate court awarded the majority of the Sendak holdings to the Sendak Foundation based in Connecticut, while leaving some of the work with the Rosenbach in Philadelphia. www.rarebookhub.com/articles/2124

Another consistent topic of interest were doings in the world of internet book sales:

In 2016 AbeBooks (Advanced Book Exchange) turned 20. "Notable plans for the future,” according to Richard Davies, PR & Publicity Manager for the firm, “include considerable investment of time and resources into the rare and collectible sector. The merchandising team has begun to experiment with content that showcases ephemera and other non-book inventory. We are very aware that many rare and collectible booksellers offer a diverse variety of collectibles besides books. These are often difficult to find on AbeBooks so we wish to do a better job of exposing these items…..During 2016, we are making a major effort to advertise at fairs where you will find rare books, ephemera and specialist book types.” www.rarebookhub.com/articles/1981

As ever AbeBooks kept good track of high value book sales through its online site. It recently released a list of the top 20 sellers for 2016. Leading the list was Alice’s Adventures in Wonderland by Lewis Carroll which sold for $36,0000. The copy that sold via AbeBooks was one of the first thousand copies printed for the American market. www.abebooks.com/rare-books/most-expensive-sales/year-2016.shtml

Amazon, the internet Gorilla of the book world (and just about every other sector of online retailing), turned the tables by opening up its first bricks and mortar store in Seattle at the end of 2015. In March 2016 RBH reported rumors that the giant would be opening more retail outlets, speculating the number might be as many as 300 to 400. That figure proved to be a bit optimistic, at least for 2016, when Amazon went on to open two more physical stores; one in San Diego in September 2016 and one in Portland the following month. www.rarebookhub.com/articles/1988

Libraries and archives were also in the news. Our April issue carried the announcement that the Bob Dylan papers would be housed in Oklahoma www.rarebookhub.com/articles/2000

Also in April the Woodson Library, home of a notable collection/archive of Afro-American books and papers tangled with the city fathers over repairs to its decaying building on Chicago’s South Side. www.rarebookhub.com/articles/1993

In other bookish news in April we had some fun when The Bookseller, Britain's longstanding trade publication, announced its annual Diagram Prize for the Oddest Book Title of the Year. Among the winners were: A Cultural History of the Anus, Too Naked for the Nazis and Transvestite Vampire Biker Nuns from Outer Space. www.rarebookhub.com/articles/2003

While in a more scholarly vein in May we wrote about a long lost copy of a Shakespeare first folio which reappeared in a Scottish castle www.rarebookhub.com/articles/2017

Whether it was large scale like “Book Theft an International Problem” in our July issue www.rarebookhub.com/articles/2042 or more specific like “Historic Book Stolen from Rural Church” in August www.rarebookhub.com/articles/2059 practically every issue of RBH Monthly carried fresh news of books stolen, violence against dealers (including murder), battles to recover lost books, disputes over their ownership. Some precious items were lost (or were they merely misplaced?) while other misplaced items were found.

Through it all, good news and bad, Rare Book Hub Monthly was a reliable source of interesting news, commentary, events, reviews and auction reports. And did we mention it was all “FREE” to boot. The current issue of Rare Book Hub Monthly can be found at www.rarebookhub.com/articles/ and links to recent months and material farther back in the archives are at the far right hand side of the page headed “Archived Articles.”

We wish you all a Happy New Year and hope you will prosper in 2017.