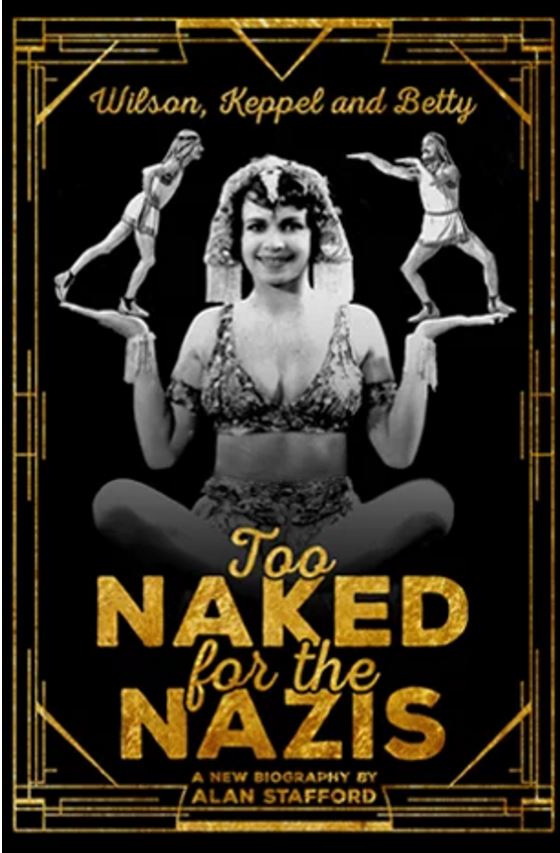 We are thankful this finished first, so we didn't have to display a picture from book number 2.

The Bookseller, Britain's longstanding trade publication, has announced its annual Diagram Prize for the Oddest Book Title of the Year. Each year, they conduct a vote on strange titles of real books, generally serious in subject, with titles that are sometimes designed to be humorous, other times unintentionally so. You may not want to read all of these books, but the spines showing on your bookshelf should at least provide a good conversation starter.

This year was the closest election for first prize, the winner evidently being promoted by its author. That must have helped, because odd as it is, it is not as weird as that of the runner-up. The Diagram Prize's administrator, Horace Bent commented, "When future historians write about 2016, they will inevitably look at two seismic events: the closest Diagram Prize race of all time, and the election of President Trump which led to the downfall of Western civilisation." Let me remind the British that we are your children, you raised us when we were young, and consequently you are responsible for what we have become. Here, now, in order, is the 2016 list of the Oddest Book Titles of the Year.

1. Too Naked for the Nazis, by Alan Stafford. It is the story a British/American musical and performing trio whose performance of the Egyptian sand dance in Berlin prior to the war angered propaganda minister Joseph Goebbels.

2. Reading from Behind: A Cultural History of the Anus, by Jonathan Allan. What the...? I looked on Amazon for an explanation. It says the author is Canada Research Chair in Queer Theory and Associate Professor of Gender and Women’s Studies at Brandon University. And The Bookseller thinks Americans are odd. According to Amazon's editorial review, "Allan will emerge as a widely respected critical voice of his generation." Oh these kids today. My generation didn't voice such things.

3. Transvestite Vampire Biker Nuns from Outer Space: A Consideration of Cult Film, by Mark Kirwan-Hayhoe. That was one of my favorite movies, too.

4. Soviet Bus Stops, by Christopher Herwig. This is described as "a coffee table photography book on the beauty, glamour and 'unexpected treasures of modern art' that are the bus stops of the former USSR." Presumably, bus stops in the USSR were more glamorous than those in the USA.

5. Reading the Liver: Papyrological Texts on Ancient Greek Extispicy, by Mohr Siebeck. This one is described as an "academic study on sacrificial sheep and how their organs were used to determine divine will in the Classical world." For the rare reader not knowing the meaning of "extispicy," it is defined as "divination by means of inspecting the entrails of sacrificed animals." So this is what the future holds.

6. Behind the Binoculars: Interviews with Acclaimed Birdwatchers, by Mark Avery and Keith Betton. Finally, a title that needs no explanation.

7. Paper Folding with Children, by Alice Hornecke. This is not a book about folding children inside of paper, but about origami for children.

This is not the first year Nazis have made the list. Who can forget the fascinating Collectible Spoons of the Third Reich? As for the runner up, the closest comparables I could find were The Changing World of Inflammatory Bowel Disease and Curbside Consultation of the Colon. Or perhaps this one - Living With Crazy Buttocks. Others to make the list in past years include such classics as How to Avoid Huge Ships, Cooking with Poo, Bombproof Your Horse, People Who Don't Know They're Dead: How They Attach Themselves to Unsuspecting Bystanders and What to Do About It, Reusing Old Graves, The Stray Shopping Carts of Eastern North America, and Baboon Metaphysics. Fortunately, it appears that we will never run out of topics for new books.