Book Theft Is An International Problem 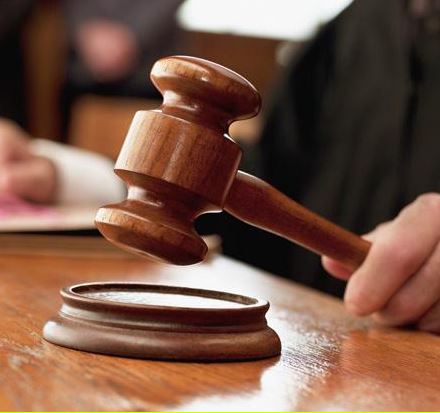 Book theft is not a problem limited to the U.S. or even the West. RAPSI, the Russian Legal Information Agency, reports that three "members of an organized gang" have been sentenced to terms of 3.5 to 5.5 years in prison for thefts from Moscow libraries. It could have been worse for them, as many as 15 years, but that is still a serious amount of time to have to spend in a Russian jail. Last summer, they were charged with stealing "antique books of historical, scientific, artistic and cultural value." One had already been placed in detention and the other two under something resembling house arrest a year earlier. Officials had searched their premises and reported at least ten instances of theft over eight years. One book was estimated to be worth as much as $30,000 on the international market.

RAPSI said investigators had determined that sales were made at "auctions, through resale shops, secondhand bookshop and art centers, as well as to collectors." No mention was made as to whether any of these books found their way into international trade.

In England, an assistant head teacher at a church school in Newark, Nottinghamshire, pleaded guilty to stealing £5,000 worth of books from her school. She was not a collector, but a seller. The case baffled those at the school and in the courtroom. She earned a salary of £58,000 (US $82,000). Why would she risk it all for such a relatively small amount more? She blamed stress for her actions, and her attorney described it as a "cry for help." Of course, if she wanted help from the police, she could have just gone down to the station and asked for it, rather than stealing books from her school and selling them for a profit. The judge was having none of it, saying that she had abused her trust, while the head teacher said that colleagues felt betrayed, noting that teaching suffers when books are stolen during a time of tight budgets.

The theft was tracked down after a colleague purchased a replacement for a missing book and realized it was the one that was missing from the library. The assistant head teacher was given a two-year suspended jail sentence. Undoubtedly, her teaching career is also suspended.

Speaking of selling a book back to the theft victim, a 35-year-old Joplin, Missouri man made that terrible mistake. This one definitely goes down in the less than brilliant criminal category. Evidently, he and two associates stole a book at Books-A-Million on a Sunday afternoon. On Sunday evening, he attempted to sell it back again. He wasn't caught immediately, but two days later he was. That day he was shoplifting again, this time at Cavender's. Police were called in and quickly found all three. One of the suspects was found at Subway, presumably eating rather than shoplifting, while the other two were at Toys R Us, with, we imagine, bad intentions.

Another way too obvious book thief, Andrew Shannon of Dublin, Ireland, is heading to prison. Not exactly heading to prison since he is already there, but he will be staying a little longer thanks to a theft of 57 books from an Irish castle. Shannon was convicted in February of stealing the books from Carton House in Kildare, once the estate of the FitzGerald family. Their crests were on many of the books. The current owners undertook a major renovation project, during which time its books were placed in boxes. When the boxes were reopened, the books were not all there. Instead, they turned up in Shannon's home decorating his shelves. He thought they looked nice.

Shannon claimed he bought them at something akin to a flea market, but the jury was unconvinced. Perhaps his history worked against him. He had earlier been convicted of theft while wandering outside an English castle with several artifacts stuffed under his clothing. He claimed to be looking for a bathroom, but didn't adequately explain why he needed to have estate property under his coat in order to find a bathroom. The fact that he had the locations of six English estates, all of which were missing items, programmed into his GPS was not helpful either. Indeed, Shannon had something between 35 and 48 prior convictions under his belt, depending on which news source you believe. After awhile you lose count. He is either very unlucky or an incorrigible thief.

Despite all of his thievery, Shannon is best known for a crime in which he stole nothing. He is the man who walked into the National Gallery of Ireland in 2012 and after gazing at a $10 million Monet painting for a moment, punched a hole in it. He claimed he suffered some sort of seizure related to his heart condition that caused him to raise his fist and smash the painting with such force that it set off alarms on the other side of the room. He fell to the ground, but quickly recovered. Even his own doctor had trouble explaining how a heart seizure could have caused this, though he tried. The jury didn't buy that one either. Shannon was convicted and sentenced to 6 years in prison, with the final 15 months suspended. That is why he is already in prison. This latest conviction will add a year to that, through the final 6 months are suspended.

In the most serious case relating to collectible books, a federal grand jury in Atlanta indicted Daniel Barrs on charges pertaining to the Bank Secrecy Act. Barrs was a bit too secretive. Those involved in the money transfer business, as was his company, Global Transaction Services, are required to inform federal authorities of questionable transactions. The purpose is to catch money laundering. However, the charges make it clear that the government believes that people were using GTS to transfer money instead of using regular banks because they expected GTS would not file the reports with the government the banks would. The law requires various actions to protect against laundering, including the filing of Suspicious Activity Reports (SAR) with the U. S. Treasury when certain suspicious transfers are made.

The indictment stated that GTS performed hundreds of millions of dollars worth of transfers without ever filing an SAR. Numerous suspicious transfers were cited. It also noted that Barrs had hired people with no experience with the Bank Secrecy Act to monitor compliance, including his teenage grandson. Perhaps the grandson was very precocious, but then again, maybe not.

As to how this involves old books, one of the examples of dubious transactions the U. S. Attorney cited involved antiquarian books. The Attorney stated that an individual in Japan wired money dozens of times to Iraq so as to convert funds into Iraqi dinars. However, the Japanese currency reseller listed the purpose of the wires as "to buy antique books." Now why buying antiquarian books should be regarded as a suspicious activity is not clear, and perhaps unfair. Then again, why a collector in Japan would need to convert his currency to Iraqi dinars to be able to buy "hundreds of thousands of dollars" of old books is also kind of vague. If he actually needed Iraqi dinars so he could buy old books in Iraq, which is surely not what he was doing, then it would undoubtedly have been to buy books looted by ISIS from Iraqi libraries anyway. There is really no good explanation for this, or at least, that is what the U. S. Attorney concluded.