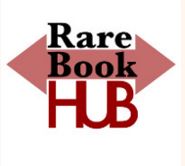 In 2015 the RBH Monthly presented a wealth of information and news related to the world of antiquarian books.

This was the year that we changed our name from American Exchange (AE) to Rare Book Hub (RBH), a moniker that was more indicative of our real mission in the scheme of bookish things.

It was our 13th year on the internet and in that time our site has become a major destination for those in search of both current and historical auction records as well as timely information related to the antiquarian books and paper.  During 2015 we continued to offer our auction data by subscription and to publish the free RBH Monthly.

In July RBH publisher Bruce McKinney wrote “the Rare Book transaction (auction) history now contains over 5.7 million records. Some records date back as far the 19th century, but the concentration is on more recent history. This site now tracks over 150 auction houses around the world for sales in the field of books and ephemera. It captures all of the lots from these sales, and when the sale is completed, the selling price. Once the prices are received, the record, including the auction house description and estimate, is immediately added to the RBH transaction history. The result is that this database of records is up to date and keeps growing, almost everyday. By the end of the year (2015), it will likely be around six million records, based on the number of items in the field expected to be offered for sale.”  In the same month McKinney noted that in his opinion the market(s) continue to “strengthen at the top and weaken at the bottom.”

Some ingenious ways to steal

During 2015 the RBH Monthly  was filled with accounts of book theft, book fraud, book hi-jacking and items which appeared and disappeared due to carelessness and disorganization.

Much attention focused on the case of the “Disappearing Durer and Rembrandt” prints estimated to be worth some $630,000 at the Boston Public Library. It turns out the valuable prints were not stolen but only misfiled. But the impact of the fiasco reverberated through the library world and cost the head of the department her job and the follow up investigation was critical of the library’s organization and security.

Our editor Mike Stillman wrote countless articles on other nefarious schemes, swindles and insider thefts that spanned the globe and included collections as far away as Sweden, France and Italy. He chronicled scams such as as bribery and collusion to manipulate the market for textbooks in Los Angeles and hi-jacking of titles and descriptions by an unscrupulous Latvian site which stole and relisted as their own the descriptions of millions of titles: www.rarebookhub.com/articles/1812

Also noted was the theft of intellectual property in the form of copying and selling original photos without compensating the photographer. www.rarebookhub.com/articles/1858

Summing it up RBH Monthly noted: “We have seen everything lately from the possible theft of a valuable print at the Boston Public Library that turned out to be a case of misfiling, to the enormous theft of valuable books from the Girolamini Library in Italy.

There was more bad news from the world of libraries in September when it turned out that a spectacular new facility in Birmingham England which had fast become a landmark for its striking architecture, did not have any funds to purchase books. www.rarebookhub.com/articles/1890  That same month we ran an article detailing how libraries all over the US were morphing into shelters for the homeless who often crowd out regular patrons. www.rarebookhub.com/articles/1892

On the brighter side we wrote earlier in the year that a  $1.3 million book conservation lab was planned at the University of Washington’s Suzzallo Library in Seattle. www.rarebookhub.com/articles/1842

The most written about book for 2015 had to be Harper Lee’s “Go Set a Watchman,” published by Harper Collins. It came out in July and billed as a prequel and long lost manuscript written prior to her classic and (until that date only) work “To Kill a Mockingbird.”

“Watchman” sold over a million copies in its first week and set tongues wagging in every section of the English speaking world. RBH Monthly was only one of thousands of commentators writing about “Watchman.” Our article, titled “Feet of Clay” pretty much summed up our take on the situation. www.rarebookhub.com/articles/1878

Though references to Amazon were infrequent at RBH, we did note the the behemoth celebrated its 20th year online and picked 2015 to open its first bricks and mortar store in Seattle. Ours were not the only eyebrows to be raised when the company which had done the most to destroy the selling of books as previously known, became the first to try to bring back the idea of an actual real (as opposed to virtual) store. Many speculated that this newest addition to the Amazon empire was not actually a desire to reinvent the bookstore but to get a leg up on convenient distribution centers in urban areas.

The stories that this writer most enjoyed writing were two dealer profiles: one about Edward Maggs, descendant of one of the oldest and best known bookstores in London www.rarebookhub.com/articles/1825 and the other describing the career William Reese of William Reese Co. in New Haven, Conn. Reese is considered a leading dealer in Americana. The noted bookseller started his career from his dorm room at Yale and continued the association to the present time. His comments stressed the importance of capital, contacts and scholarship as elements for success in the trade. www.rarebookhub.com/articles/1839

If there was one article that caused a buzz among our readers it was McKinney’s piece titled “Clearing the Backlog”, which ran in October and expressed the opinion that a new vehicle was needed to help sell the tremendous glut of low end books. He proposed a modified auction hosted by RBH. www.rarebookhub.com/articles/1912

The response to his article in comments from readers was largely positive. But dealers on at least one trade list serv were less enthusiastic and their reaction ran in November as “Booksellers React.” www.rarebookhub.com/articles/1916

From January to December RBH Monthly and its contributors attended book fairs, wrote up notable individual auctions, kept track of interesting catalogs from dealers in the US and abroad and generally served as a clearinghouse for news and information for collectors, dealers, libraries and those with specialized interests in the world of antiquarian paper.

Readers who are interested in the many different articles that appeared during 2015 in the Rare Book Hub Monthly can find our archives broken out by month on the far right hand side of the RBH Monthly home page, about a third of the way down.

Now that the year is nearly over it is interesting to go back and see what made news in 2015.