Pennsylvania Woman Arrested for Theft of Prints and Books Valued at Over $650,000 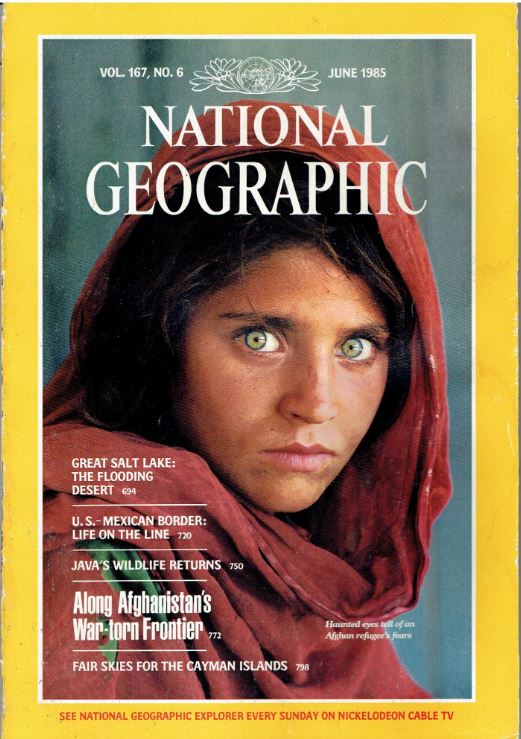 Steve McCurry's Afghan Girl on the cover of National Geographic.

An arrest has been made in the case of a major theft of prints and books in Pennsylvania. This is not the typical case of library theft, or stealing from a collector. These prints and books were stolen from the person who created them. The accused was a trusted employee.

The victim of the over half million dollar theft is Steve McCurry, owner of Steve McCurry Studios in Exton, Pennsylvania. McCurry is a photographer, and his photographs, while often timely, are also works of art. They command substantial prices. His most famous photograph is known as Afghan Girl. It appeared on the cover of the June 1985 edition of National Geographic. The wide, haunting eyes of the girl portray the human troubles of a troubled land. Back then, that morass belonged to the Soviet Union, not us, a reminder that the more things change, the more they remain the same.

According to the office of Chester County District Attorney Tom Hogan, Bree DeStephano was arrested for theft and other offenses. Ms. DeStephano worked in McCurry's studio as Manager of Fine Art Print Sales. According to the complaint, she stole various limited edition prints from the studio from May 2012 through November 2013. She then engaged in a conspiracy to dispose of the prints with Brandon Donohue, who was a manager at the Open Shutter Gallery in far off Durango, Colorado. McCurry would have been unlikely to notice the the sale of prints through the trendy but isolated Colorado mountain town.

The DA's complaint says that Ms. DeStephano would order prints from McCurry's Long Island City studio and have them shipped to Exton. She would then alter print run numbers and inventory records. They would then be sold with Ms. DeStephano reaping the rewards. The 50 stolen prints were estimated to be worth $628,000.

Additionally, Ms. DeStephano is charged with stealing 233 of McCurry's books. These items are valued at $23,196.14. She allegedly sold these using different aliases on various websites.

While the arrest was just made this past month, investigators have evidently been on the case since November 2013, when the alleged thefts were said to have stopped. The November 13, 2013, issue of the Durango Herald reported that Open Shutter Gallery's owner had said at the time that Mr. Donahue no longer worked there, having left for a personal issue she declined to discuss, and said that they were working with authorities. The DA said that Ms. DeStephano was terminated from her position as soon as the criminal allegations arose, which we will infer means November 2013. In his statement, District Attorney Hogan credited Mr. McCurry and his staff with doing "an excellent job of reporting this theft and cooperating with the District Attorney’s Office. As a result, law enforcement was able to uncover the scope of the defendant’s thefts and recover photographs and prints."

The District Attorney emphasized the injustice of the theft, explaining, "The theft of intellectual property, like photographs, is an ever-growing problem. In order to take photographs like the Afghan Girl, Steve McCurry was exposed to extraordinary risks, tremendous costs, and spent years of his career. Then the defendant casually abused her position of trust to make some easy money, without a thought to the damage to Mr. McCurry."

The defendant is 32 years old and lives in York, Pennsylvania. Bail was set at $250,000. The District Attorney added that Brandon Donahue will be charged by authorities in Colorado.

In 2012, a unique (1 of 1) signed copy of an Afghan Girl print sold at Christie's for $178,900. The Afghan girl, a refugee in Pakistan at the time she was photographed by McCurry, later returned to her dirt poor border town in Afghanistan's high mountains. She will not earn anything close to this amount of money in her entire lifetime. It is a strange world in which we live.