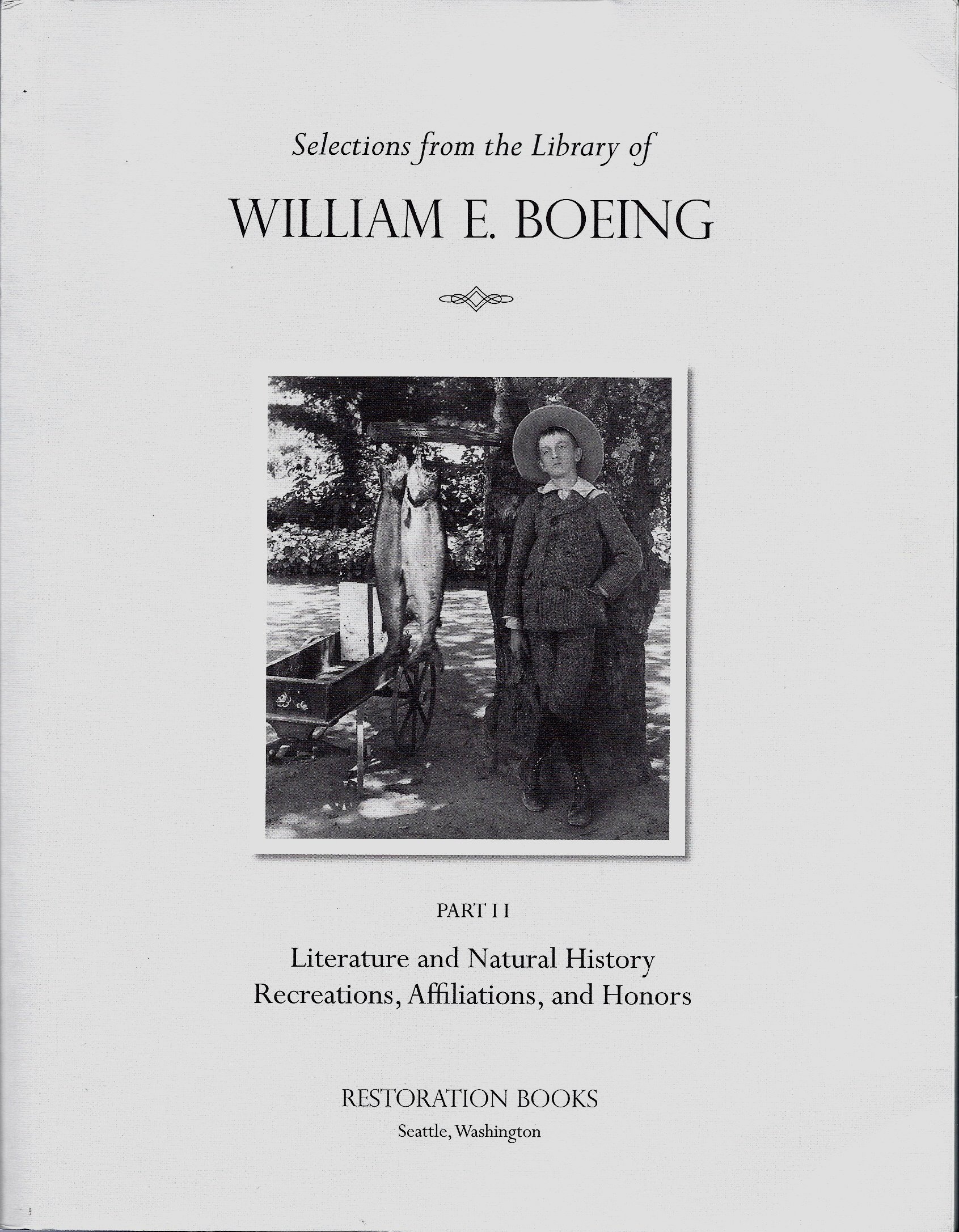 A young William Boeing and dinner on the cover of Part II of his library.

The Boeing name is synonymous with airplanes, very large ones in particular, but William Edward Boeing had a wide variety of interests, both business and recreational. This catalogue is, in a sense, something of a biography of his life, as the library, naturally enough, displays many of those interests. However, it goes beyond a bookseller's catalogue in that, while most items are for sale, there are many personal items in an “Affiliations and Honors” section that are not for sale. These are items from the archives of the Boeing Company or the Museum of Flight in Seattle.