The Google Books Case: A Bridge Too Far? 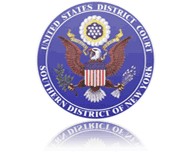 The Google case is being heard in the Southern District of New York Federal Court.

The legal case over Google's plan to digitize millions of out of print but copyrighted books continues to drag on, a federal judge overwhelmed with arguments both pro and con. Judge Denny Chin of the Federal District Court for Southern New York heard further arguments from the seemingly limitless number of parties and declared there was "too much to digest" to make a quick decision. The Judge is going to need a case of Pepto-Bismol to digest all of the self-righteous and self-interested arguments inundating his in-box. This case presents a microcosm of why America doesn't work anymore.

Meanwhile, the government stepped in and, while being sympathetic to the aim of making these millions of forgotten books once again available to the public, labeled the Google proposal "a bridge too far." Unfortunately, opponents only offer a bridge to nowhere, or more accurately, no bridge at all. The Department of Justice is unhappy that the settlement may co-opt copyright law, but copyright law cannot deal with the current situation, and the legislature, which should be taking the lead, is so gridlocked it could not pass a resolution wishing everyone a good day without one side or the other voting or filibustering it down. So now Google, one of those rare American institutions that actually works, gets dragged into the maelstrom. Not that its answer is without flaws; it's just that its opponents offer reams of complaints with no solutions.

As a quick review, the problem arose when Google began its massive digitization process to make millions of old, out-of-print books available electronically. While most are out of copyright, there are still millions of books, potentially anything published after 1923, that is still under copyright. However, most of the older books in this group are long out of print, very difficult to find, and of no further financial benefit to the copyright holders, printing of them having ceased decades ago. Nevertheless, and abetted by a government which extended copyrights to almost a century a few years back, they are officially still under copyright. And, while technically Google should seek the copyright holders' permission first, rather than digitize the books and see if those holders object (which is what they did), such is essentially impossible as those authors may have died many years ago, and who now owns the copyrights is virtually impossible to determine (those who would have inherited the copyrights to obscure books likely don't even know themselves).

When Google chose to go ahead and digitize these old books anyway, two groups representing authors and publishers sued. Google reached a settlement with these groups, which in effect provides 37% of revenues from selling electronic copies to Google and 63% to the copyright holders, or, if they cannot be found, charity. This settlement, however, resulted in a host of objections from others, from competitors such as Microsoft, Yahoo and Amazon, to various government entities, other author and publisher groups, some academics, some library groups, and others with their own particular bone to pick. On Google's side, are other librarians and academics, including the University of Michigan's library, Sony (which makes an electronic reader that competes with Amazon's), some authors, and various organizations such as the National Federation of the Blind that foresees Google's library and voice conversion software opening access to these books to those who cannot see.

So, here is our perspective. It comes not from the interests of Google or Microsoft, Sony or Amazon, but what we believe to be the public interest. The others will take care of themselves, but someone needs to watch out for us.

1. What Google is doing is of enormous benefit to us. Their motivation, be it altruistic or economic, matters not at all. Gaining access to the information in millions of old books, most virtually unobtainable, others requiring searching through libraries far away (presuming they let us in), is of enormous benefit to research, entertainment, and knowledge. This is very, very good.

2. It is irrelevant whether Google makes a ton of money on this, nothing, or loses money. That is their issue. We need to act in a way that best serves the public interest.

3. While seeking permission first to use a copyrighted work is the proper order, in a case where you have 80-year-old copyrights filed by long-dead people and whose ownership is now unknown and impossible to affordably trace, this nicety doesn't work. Where the public interest is involved, and access to knowledge is a major public interest, adaptations, such as requiring the copyright holders, should they still exist, to demand the books be removed is not an unreasonable burden. Copyright laws exist to protect the public interest in the first place. And, when Congress extended those copyrights a few years back to last almost 100 years, under the absurd claim that authors won't write books if they know their great-grandchildren will lose their non-existent royalties only 50 years after they die, instead of 70, Congress was not acting in the public interest. This was Mickey Mouse legislation, literally, as Congress sought to protect the Disney Company's copyright on Mickey Mouse, and made reams of valuable information unavailable to the rest of us in the process. Unfortunately, it's companies like Disney that fill the campaign coffers.