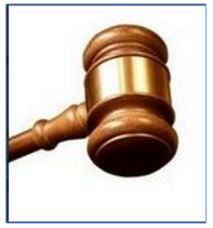 This is not likely to be a major surprise to those in the book trade, but results compiled from book and paper auctions showed a 7% decline in prices in 2015 from the previous year. After several years of increases, nervousness about the economy, perhaps even more in Europe than America, has taken its toll. Threats to the viability of the European union, financial meltdown in Greece, Russian meddling in eastern Europe, threats of terrorism emanating from a complex web of brutal rivalries in the Middle East, and a shattering of the economic miracle of China, have combined to create an uncertain economic environment. Economic uncertainty in turn leads to people holding tightly to their wallets. Even in America, where the economy has been relatively healthy, fear often holds sway, as witnessed by the unusual group of politicians leading the polls for the 2016 presidential election. The book trade is not immune to events swirling around it.

The median price* of all lots in the books and paper field declined by 7% last year, dropping from $286 to $266. That compares to a 5% increase the previous year. The result is that prices were also 2% lower than in 2013, but still 5% higher than 2012. Prices had mostly been rising since the major recession that hit in 2008.

The decline may have caught the auction houses slightly off guard. The percentage of lots selling above and below auction house estimates also adjusted a little. In 2015, only 59% sold for over the high estimate, versus 62% the year before. Similarly, 22% sold below the low estimate in 2015, compared to 20% in 2014.

We have been aware that pricing has been challenging at the low to medium price points, but, perhaps somewhat surprising is it was soft at the higher end as well. Fewer sales in the $500 and up range, and lower medians at auction houses that cater to the highest level of buyers, were reflective of this softness. Perhaps we could have foreseen this from the Top 500 prices paid at auction we published last month (click here). While the top price paid at auction doesn't tell us much about the market in general, by the time you get to the 500th most expensive item, it frequently reflects a trend at the top. After several years of rising, the price of number 500 declined from $79,800 to $74,200, or the same percentage as the decline in the overall median price – 7%.

What does this portend for the future? The answer is no one knows. In the past, not even trends seen in the last quarter of the year necessarily carried over to the next. It's like the stock market. Last year was great for the market. Who would have thought it would tumble so in January? Trends last until they don't. Will the stock market now resume its climb, or continue to fall? You will hear voices on both sides, and one side will be right simply because one side has to be right, not because some people really know any better than others. The same is true of prices in the book market. Will they go up or down? We can speculate, but for a certain answer, come back here next year. We will tell you then.

Those who have followed our reports for a long time may notice that median prices today are considerably lower than they were in the first decade of this century. Most of that is unrelated to changes in prices of comparable items. We saw the opening of some very high volume online auctions selling lower priced material a few years ago. That brought median prices down considerably. However, the mix of those auctions to traditional auctions did not change this past year, making it once again an apples-to-apples comparison.