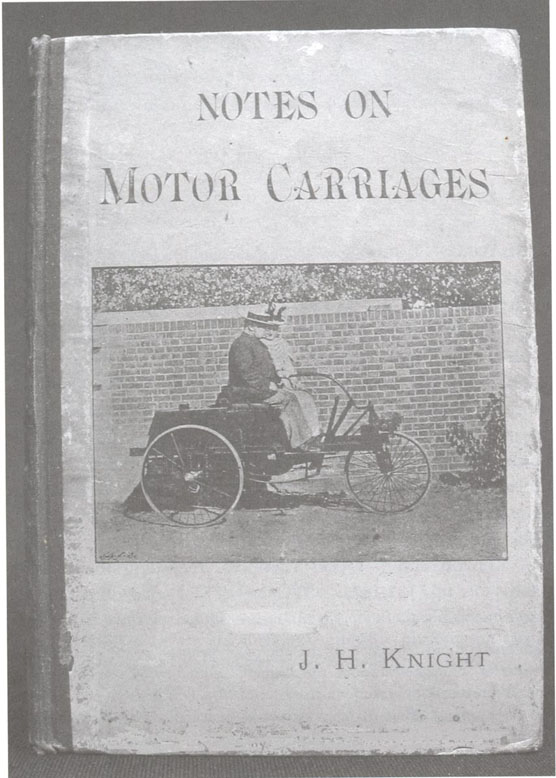 Notes on Motor Carriages from 1896.


Here is one of those items that really touches on the emotional conflicts of war. It is a brief signed note from Harriet Beecher Stowe to a photographer in Boston. From around May 1861, she asks the photographer to take a picture of her daughter so that her son Frederick would have one to take with him as he “leaves for the seat of war on Saturday.” One of the most important anti-slavery voices ever, Stowe was a strong supporter of the Union cause in the Civil War, and was publicly grateful to the young men who volunteered for this cause. Still, she was greatly concerned for her son, who brought his share of emotional problems along with him to the “seat of war.” Evidently, her fears were well-founded. Frederick survived the war though wounded at Gettysburg, but returned an alcoholic. In 1870, he went off to California and was never heard from again. He would be the inspiration of some of his mother’s later works in which she treated alcoholism as an illness, rather than a personal failing as was the belief in that day. Item 84. $3,000.

Sir Richard Francis Burton was a Renaissance man in the Victorian era. He created maps, translated works such as the Arabian Nights, took part in the Speke Expedition which located the source of the Nile, and wrote many books. You will find a virtual collection of books by or relating to Burton in the Cummins catalogue, sixteen in all. But did we need this one? Item 22 is his Notes on Scalping. No, this is not about overcharging for concert tickets. This is about the other kind of scalping. It was taken from an article in the Anthropological Review, and surveys scalping customs in different cultures. Cummins notes that he describes “the distinctive sound made by the process.” I don’t ever want to hear that sound. $400.

Item 58 is a rare autographed document from Hawaiian King Kamehameha II. Kamehameha I served a long reign, but his son died at the age of 27. He ascended to the throne in 1819, but others exercised most of the real power. In 1823, he traveled to England in hopes of getting protection for his country from King George IV. However, he never met the British king. He and his wife caught the measles, for which they had no immunity, and died on the trip. Cummins says this document is one of only seven known samples of Kamehameha II’s handwriting. $12,500.

A New System of Domestic Cookery by Maria Eliza Rundell was evidently a very popular cookbook in the first half of the 19th century. Originally published in London in 1806, this is a first American edition from 1807. By 1840, this book was in its 64th edition. Item 52. $950.

Item 100 is a major one for those who collect that region between the Hudson River and the Berkshire Mountains. From around 1835, it is a collection of 14 pen and ink maps of the area from William C. Young, made in preparation for the railroad that would run from Greenbush (Rensselaer) to Stockbridge. $7,500.

And finally, we will end with a variant item in this very catalogue. Item 104 in the online version of the catalogue is the Latin dictionary De Significatione Verborum by Sextus Pompiens Festus (and here I must admit that I cannot see the name “Festus” without thinking of the character from “Gunsmoke”). This is an item of incunabula, having been printed in 1483. $12,500. It is this book which forms the backdrop of the cover image for the catalogue. And yet in my printed copy, item 104 is Sensus Communis by Anthony Shaftesbury. Do I have a rare variant of the Cummins catalogue that will make me rich in another 100 years? Who knows. But, if you would like to see the “Festus” version, just go to www.jamescumminsbookseller.com and click “browse our catalogue.” It will bring you to a page where you can download the entire catalogue for your own perusal.