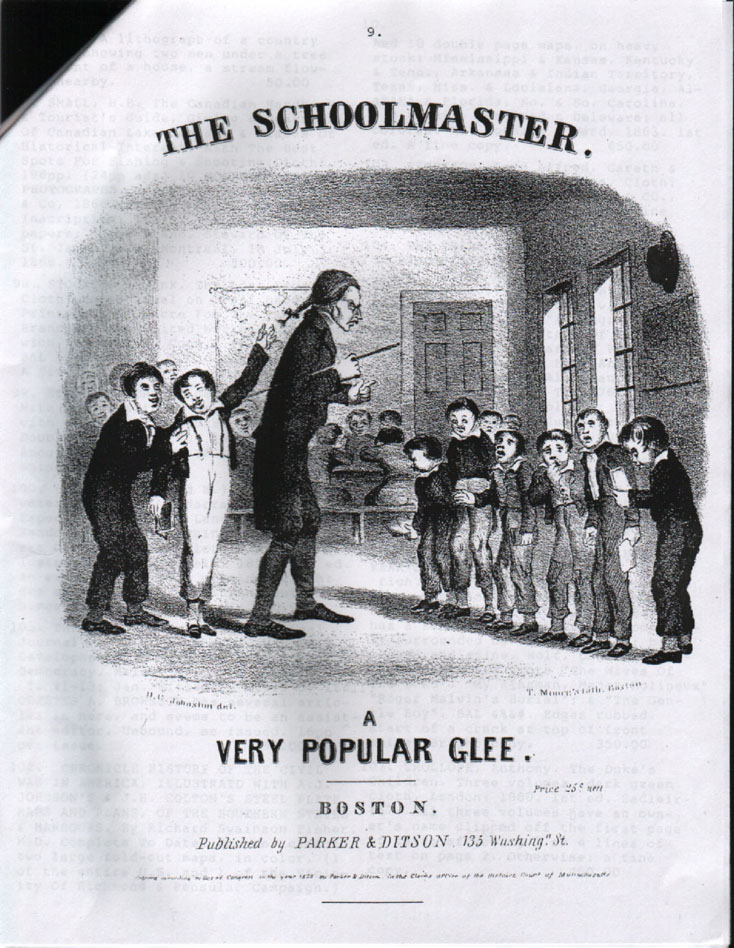 Ken Leach, of Brattleborough, Vermont, has issued a catalogue of “19th Century Literature & Americana.” It’s an interesting smorgasbord of items you don’t see everyday. Indeed, this may be the only time you’ll see some of these titles. This is not the place to look for books for your Washington or Lincoln collection, nor for the great writers. This is a catalogue where you are more likely to find the item you didn’t know existed.

So, in seeming contradiction to what was just said, we’ll start with an item from one of America’s most famous writers. Perhaps there is still some obscurity in the name “Samuel Clemens,” but once you recognize he as one and the same with Mark Twain, you have arguably America’s most famous writer ever. Early in his career (1869), he published “Innocents Abroad, or the New Pilgrim’s Progress.” It’s a travelogue of Europe and the Middle East from a trip undertaken by Clemens and a few other American “pilgrims” (a polite word for “tourists”). Not surprisingly, no one is spared Twain’s wit, not his fellow tourists, stuffy European society, nor even the Holy Land. The book was a great success, and if Twain is better known today for youngsters along the Mississippi and frogs in California, “Innocents” was a greater success during his lifetime. If you are a Clemens/Twain collector, you undoubtedly have this book. But, do you have the Innocence Abroad board game (and yes, that’s “innocence,” not “innocents”)? Well here’s you chance. One of Parker Brothers earliest games was based on Twain’s humorous story. It is likely that George Parker himself designed it as this was the case for most of the games he sold. To learn more about this board game, visit the following page on the University of Waterloo (Canada) website: http://www.ahs.uwaterloo.ca/~museum/Map%20Games/innocence/ . Item 24. $150.

There are several items for those whose collections turn to music. For example, here’s Tippecanoe Songs of The Log Cabin Boys & Girls of 1840. These songs celebrate General, soon-to-be President, soon-to-be deceased ex-President, William Henry Harrison. Item 77. $200. If this isn’t enough pro-Whig music for you, there’s also sheet music for The Log Cabin Song, “respectfully dedicated to the Whigs of the United States.” Even then, politicians were pretending to be men of the people, in this case Harrison and his log cabin (it was a very nice log cabin that he was born into). Item 94. $50.