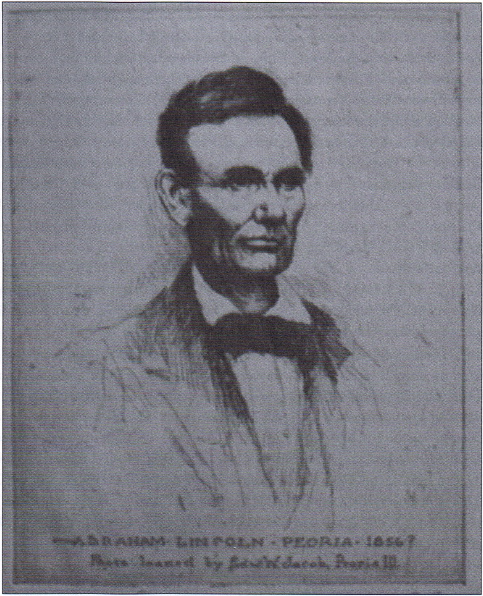 One of the Lincoln engravings from Bernhardt Wall's 85-volume set.


Here is an account of one of the great railroad adventures, a prison escape, and more. William Pittenger was one of 21 Union soldiers and civilians who took part in what became known (after a 1950s movie) as the "Great Locomotive Chase." The 21 Union supporters' mission was to steal a Confederate train in Georgia and ride it to Chattanooga, destroying bridges and tracks in its wake. They boarded a train as passengers in Marietta, detached several cars, and sped north. However, the real crew of the train pursued, on foot, with a handcar, and finally with other locomotives. What resulted was a spectacular chase, with the Union soldiers attempting tear up track, cover it with lumber, and burn bridges. Still, the original crew and others pursued until the hijackers were forced to abandon the train and run. All were captured, several hung, and the remainder imprisoned. Eight of the 14 survivors, Pittinger included, managed an escape four months later, while the remaining six were released eventually in a prisoner exchange. Pittinger's book, published in 1863, is Daring and Suffering: A History of the Great Railroad Adventure. Item 261. $200.

Item 98 is a tale of an ideal planned community that, perhaps unknown to the author, was on the precipice of disaster. This is The Town of Pullman. Its Growth with Brief Accounts of Its Industries, published in 1893. The author was Mrs. Duane Doty, wife of the Town Manager. Pullman, Illinois (now part of Chicago), was built by railroad car magnate George Pullman in the 1880s. It consisted of homes, businesses, a church and hotel, all owned by Pullman. Everything was rented from Pullman, and residents were employees of his company. He thoroughly controlled his town, prohibiting independent newspapers and public meetings. If this was a company town taken to the extreme, and freedom in short supply, living conditions were good for the time. Still, Pullman was not so much a humanitarian as a businessman, making a profit on his town while believing better living conditions would produce productive, cooperative employees. However, 1893 was, naturally, the year of the Panic of 1893. The serious recession cut orders for Pullman's railroad cars, which led him to lay off some employees and substantially cut the wages of others. What he did not do was cut his rents, and it was difficult for employees to leave as Pullman residents had priority on Pullman jobs. By 1894, there was a serious strike of Pullman workers, supported by boycotts of Pullman cars by other sympathetic workers. Federal troops were brought in to crush the strike, and while successful, George Pullman became a despised person. He died in 1897, was buried at night to avoid protests or riots, and the Illinois courts ordered the Pullman Company to divest itself of the town a year later. $150.