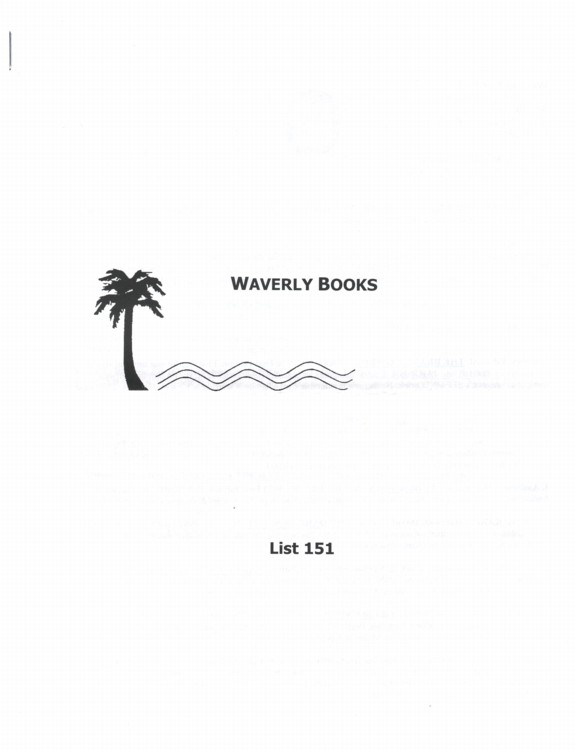 Waverly Books has issued its List 151 of books and ephemeral items, 150 in all. Most would fall under the topics of novels or literature, but there are also books of photography, personal letters, and items related to film, music and art. Here are a few of the items up for sale this time.

Item 70 is an inscribed first edition of the fourth book by Stephen King, Night Shift. It is inscribed to Bongo Wolf, an eccentric vampire collector who liked to dress as a vampire, which might have looked strange except that he came from L.A. There was actually a movie once made about and starring Bongo (as himself), but it never achieved much renown or critical acclaim. I could not find out whatever happened to him, but the fact that this, and a few other books inscribed to Bongo, are available, does not bode well. Priced at $1,500.

Item 8 is the first American edition of artist David Hockney's Hockney's Alphabet. Hockney was evidently not pleased with the quality of the production of this edition, but he nevertheless signed this copy. $250.

Richard Burton (the 20th century actor, not the 19th century traveler) was an exceptional actor, though his greatest fame probably came from his countless marriages to, and divorces from, Elizabeth Taylor. The Welsh actor was one of the best of his generation, but his stormy personality, hard drinking, and similar pursuits likely helped lead to his early demise at age 58. While remembered for his film career and affairs with Taylor, most people do not think of him as an author. Think again. Item 86 is his 1964 book A Christmas Story, which recalls his childhood in Wales. This copy is signed by Burton. $450.

We've just mentioned titles by an author, artist and actor, so how about one from a musician? Item 110 is Disciple in Blue Suede Shoes, by Carl Perkins. "Blue Suede Shoes" was Perkins' most famous song (no, it was not Elvis' song, it was Perkins'), and its singer/writer was perhaps the best of the rockabilly artists. However, he never really got his due, while his Sun Records label mate, Elvis Presley, went on to have a career which needs no description. Like Presley, Perkins succumbed to substance excesses (more alcohol for Perkins than drugs as with Presley). Fortunately, and with help from friend Johnny Cash, Perkins overcame his addiction, and he writes about it in this 1984 book. A movie based on his life is planned for next year, and maybe then Perkins will finally get his just recognition (and perhaps his book will as well). This copy is signed by Perkins. $250.

Let's see -- we haven't mentioned a book by a photographer yet, so here is an odd one. Item 103 is the self-published 2004 book Saddam Hussein Watches by Martin Parr. That title evokes images of Big Brother, and probably would sound a bit chilling in Iraq. However, Saddam is not doing the watching here; he is being watched. What is displayed are photographs of wristwatches with the image of Saddam Hussein on their face. The book is signed by Parr. $150.

Item 32 may not be a piece of great literature, but it's a great book. This is Eloise in Paris, one of the classic "Eloise" books for children by Kay Thompson. This is a first edition from 1957. $500.

Las Vegas is a bizarre place, but the road there is stranger still, at least if your traveling companion is Hunter Thompson. Item 134 is a travelogue like no other, Fear and Loathing in Las Vegas, a first edition published in 1971. $1,250.