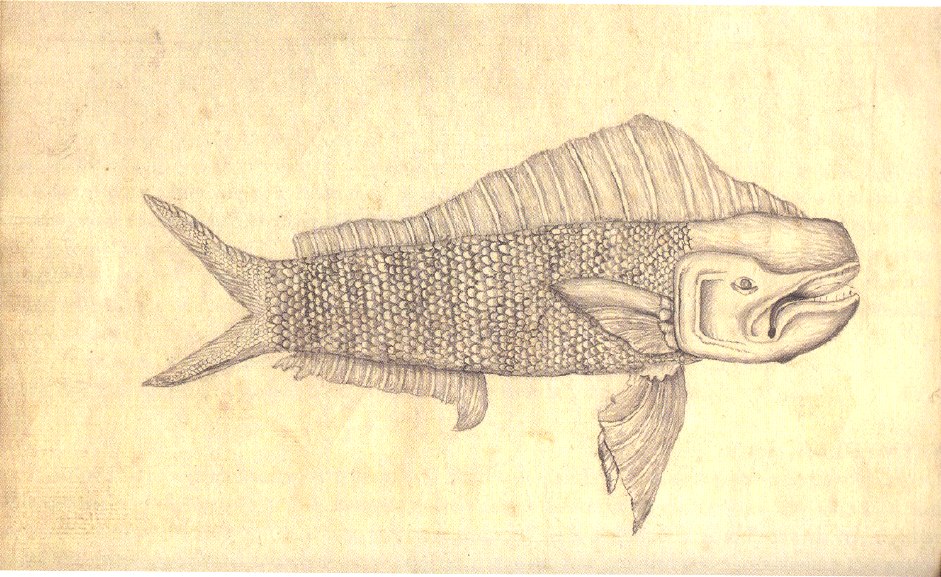 Item 34 is A historical and geographical description of Formosa... by George Psalamanzar. As convincing as this geography was to many, there was no Formosa, and no Psalamanzar. Supposed Formosan native Psalamanzar was really a European imposter, and his Formosa (not to be confused with the island now known as Taiwan) a figment of his imagination. However, in 1704, when the world was still filled with lands unknown to Europeans, such a fiction could be convincing. Among the habits of Formosans, Antiquariaat Forum explains, "Formosans were polygamous and husbands had a right to eat their wives for infidelity. They executed murderers by hanging them upside down and shooting them full of arrows. Annually they sacrificed the hearts of 18,000 young boys to gods and priests ate the bodies." The book also includes a Formosan alphabet and language invented by the unnamed true author. "Psalmanazar" finally gave up the hoax ten years later when enough inconsistencies were pointed out. €1,950 (US $2,809).

Enough fiction. Item 257 is a "true story" from India, Verissima relacion embiada a Don Frey Andres de S. Maria Obispo de Cochin... This 1609 "true story" tells of a 360-year-old man (you are already doubting its veracity) from India, who had been married eight times (we don't know whether he ate his first seven wives) and whose teeth had fallen out and been regenerated twice. No need for expensive dentistry when your teeth can grow back. When a monk asked this man, who must have been in amazing shape for someone his age, for help in crossing the Ganges, he carried the monk across. The monk then revealed himself as St. Francis of Assisi, and promised the man eternal youth, which it seems like this man had already acquired, so St. Francis really "gave" him what was already his. The good Saint should have been a politician. €19,500 (US $28,096).

Item 138 is a 1754 manuscript travelogue by Frenchman Louis Relian, Journal historique d'un voyage aux Indes Orientales... Relian was a physician employed by the VOC who traveled to Batavia (now Jakarta, Indonesia) in 1752. From there, he went on to China. Relian recounts his exciting voyage and the places he saw, often in a humorous manner. Included in the journal is a full-page drawing of a fish he called a "dauphin" (click the image on this page to enlargen). €30,000 (US $43,250).