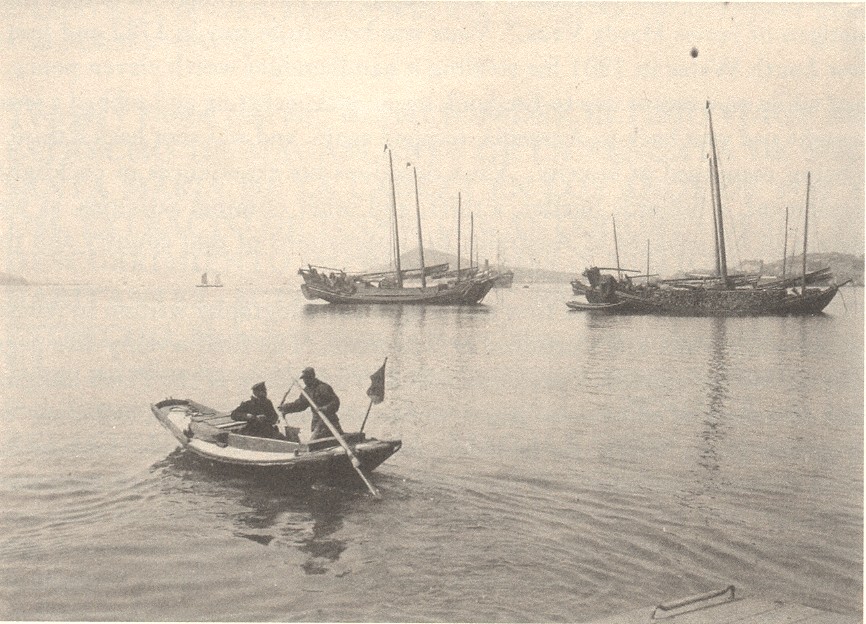 Circa 1900 photograph by the port of Vladivostok.


More can be learned about Woodes Rogers' travels from Rogers' own book, A Cruising Voyage Round the World...Containing an Account of Alexander Selkirk's Living Alone...also published in 1712. Discovering Selkirk may have been the highlight of this voyage, but the buccaneer Rogers also launched numerous attacks on Spanish shipping along the west coast of South America and Mexico, visited California, and proceeded all the way around the world. Item 119. $7,500.

Here's an account of another unpleasant sea adventure. The book is A Narrative of the Mutiny on Board His Majesty's Ship Bounty...by the beloved Captain William Bligh. While the mutiny portion of the tale is best known, what happened to Bligh and his loyal crewmen next is even more spectacular. With nineteen men in an open boat, Bligh led his crew over 4,000 miles of open seas to safety. Item 12 is a first edition from 1790. $14,000.

If you think Bligh's journey was long, the survivors of the Essex had to travel twice as far to be rescued. The Essex was rammed by an angry sperm whale 2,000 miles west of the Galapagos Islands. Of the 24 initial survivors who escaped in three open boats, only eight were still alive at the end. Several of the others who died of natural causes (or possibly unnatural ones) were eaten by the ones who made it. This tragic encounter with a whale would be the inspiration for Moby Dick. The book is Narrative of the Most Extraordinary and Distressing Shipwreck of the Whale Ship Essex, of Nantucket...by Owen Chase, one of the few who survived. Item 25, published in 1821. $20,000

Item 157 is a circa 1900 photo album from Vladivostok, Russia. It consists of 24 photographs with handwritten captions in German. Vladivostok, the primary Russian port on the Pacific, contained a diverse community of Russians, Chinese and Koreans, as seen in the pictures. Both port and street scenes are captured, along with local people. In the Soviet days after the Revolution, authorities kept the strategic port under tight security, making photographs of the city scarce. $2,000.