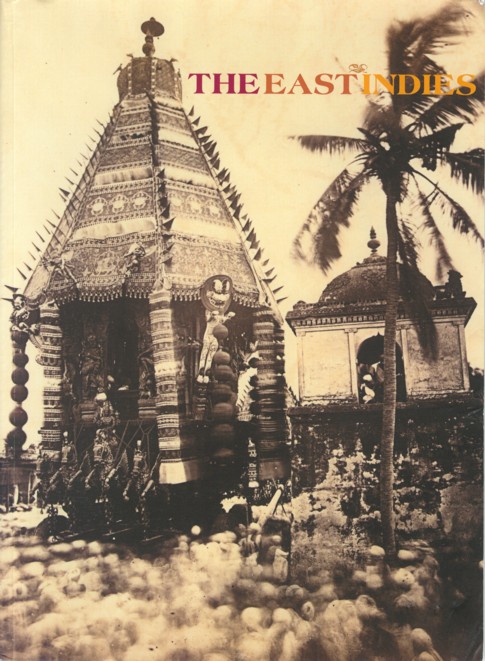 The East Indies in photographs from Bernard J. Shapero.

The latest offering from Bernard J. Shapero Rare Books is more a picture catalogue than one of books. In fact, despite their name of "rare books," this catalogue is strictly one of photographs. Technically, it won't offer much to add to your antiquarian book collection. However, if you collect by topic, time, or place, you may want to give this collection some serious thought. The title is The East Indies, and inside are photographs of this area from the dawn of photography (mid-19th century), to the early 20th century. The photographs are historic, and at times, spectacular.

To digress briefly, for those wondering why we would review a photography catalogue on this site, it represents no change of focus. We encourage collectors to expand beyond strictly the printed word in areas where appropriate. That might be difficult if you collect in fields such as first editions or fine bindings, but if you collect, for example, antiquarian books from the East Indies, photographs will add a wonderful dimension to your collection. A few mounted photographs on the wall will certainly add to the understanding of the books on your shelf. There is no disloyalty to the printed word in adding images from the visual world.

Shapero Rare Books' possession of these photographs is easily explained by the firm's location, in England. During the time these photographs were taken, much of the East Indies, notably India itself, was in British possession. Most of the photographers were English. What's more, India was larger in those days. Prior to its obtaining independence, India included the lands that are today Pakistan and Bangladesh. Religious and ethnic strife would cause the country to split apart once the outside hand of the British was no longer present to enforce unity. There has been at best an uneasy peace between the old nation's parts in the six decades since the British were driven from the land. Here are a few samples of the photographs being offered from the colonial period. In some cases, single photographs are offered, while in others it is large collections.

For those who think America's trials in Afghanistan are something new, they are actually more an example of history repeating itself again and again. Afghanistan, with its difficult mountainous territory, has always been hard for outsiders to control. Perhaps for that reason, it has long been a focal point for battles between major powers, with the Afghans constantly playing the role of foil. Today, it is a focal point of the conflict between America and extra-national terrorists. Two decades ago, it was the focus of the old East-West conflict, and the Soviets' defeat led to the collapse of that once powerful empire. However, this was nothing new. The British fought three wars in Afghanistan, competition with the Russians being the primary cause. The Afghans long ago learned to play one side against the other as a means to preserving their own independence.

Item 2 is a collection of 73 photographs taken by Dr. Benjamin Simpson circa 1880, the time of the Second Anglo Afghan War. Simpson was a British army surgeon. As was typical, the British invaded Afghanistan to overthrow a pro-Russian leader. They were mostly successful in their military campaigns, and yet eventually pulled back from the area once achieving the basic objectives. The land could not be controlled. Most British casualties resulted from disease and tough conditions, rather than combat. The Simpson collection is priced at L30,000 (British pounds, or US equivalent of around $59,381).