Law Dictionaries from The Lawbook Exchange 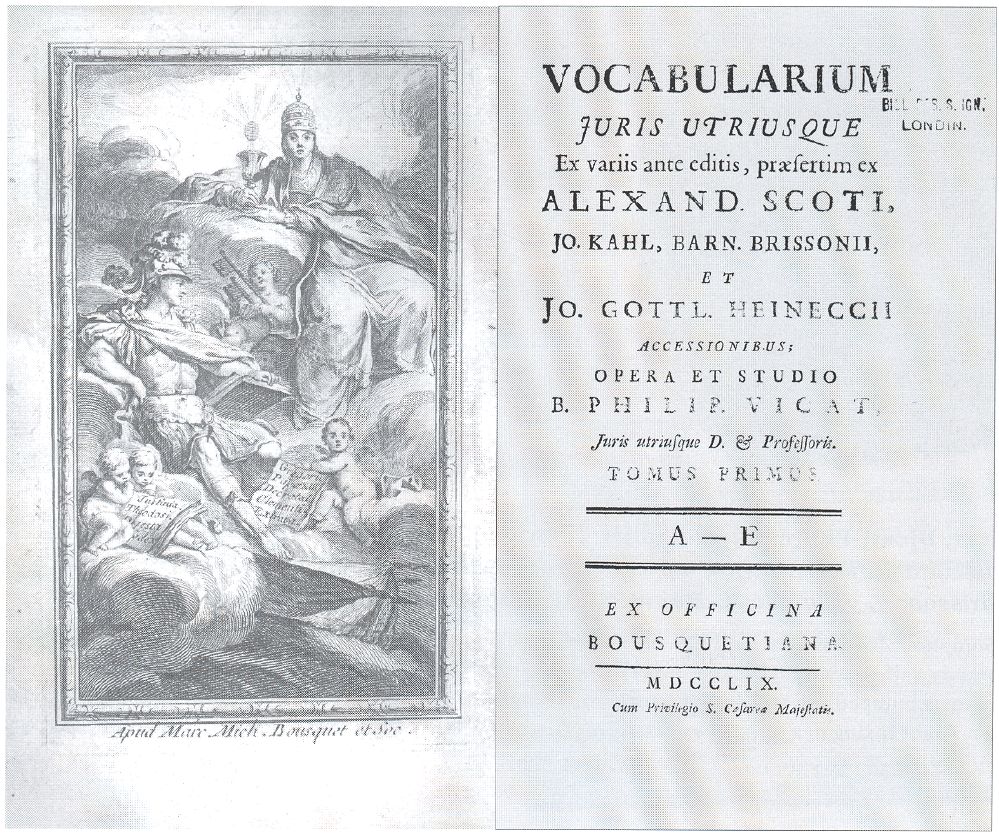 Vocabularium Juris by B. Phillippe Vicat.


Item 4 is a first edition of Thomas Blount's Nomo Lexicon: A Law-Dictionary. Published in 1670, it is one of England's earlier law dictionaries, defining words and terms both modern and old. Blount was prohibited from practicing at the Bar because he was a Catholic, so he took to legal scholarship instead. His work was very successful, supplanting earlier works, and being repeatedly republished through the 18th century. Priced at $2,000.

Item 2 is Beeton's Dictionary of Industries and Commerce by Samuel Orchart Beeton. Beeton was a publisher, but if he is recognized at all today, it is as the husband of Mrs. Beeton. Isabella Mary Beeton, better known simply as "Mrs. Beeton," was the author/editor of articles on management of the household, originally published serially in a magazine, later combined into a book. It provided guidance on running a proper household and was filled with recipes. Mrs. Beeton is one of the most recognized authorities ever in such subjects, while her husband is...well...Mr. Beeton. His book is priced at $200.

Item 42 is the scarce first edition of Vocabularium Juris Utriusque by B. Philippe Vicat, published in 1759. Vicat compiled abridged listings from many previous sources and then filled in the gaps himself, to provide a more complete dictionary. He also provided references to the authority. $1,500.

The website for the Clark, New Jersey, based Lawbook Exchange may be found at www.lawbookexchange.com. They may be reached 732-382-1800.