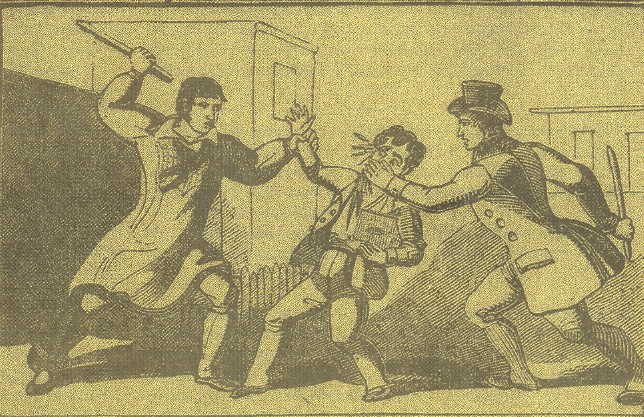 
Here is another large collection, but this one comes from the field of show business. The subject is Dailey Paskman, a mostly forgotten celebrity today, but a man well-known in the first half of the 20th century. Paskman wrote plays, music lyrics and books, and his friends and associates included many of the biggest names of the day. He was most closely associated with Lionel Barrymore, but his address book and other artifacts show he knew George and Ira Gershwin, Greer Garson, Bette Davis, and many more. His songs and plays, though popular at the time, did not become classics. Few seem to be remembered today, though we do note his "Scrooge," a Christmas musical adaptation of Charles Dickens, is still being performed this year. Perhaps Paskman's most notable area that made him a celebrity is one we would just as soon forget. His greatest successes seem to have been in the 1930s with Dailey Paskman's Radio Minstrels. Paskman was a big name in Blackface minstrel shows, that hideous portrayal of black people by white actors for white audiences. Nevertheless, Paskman was a notable of his time, and item 105 consists of six boxes of his artifacts, plays and books he wrote (notably "Gentlemen, Be Seated"), personal papers, correspondence, contracts, royalty statements, original scripts, scrapbooks with stage and personal photos, wills, Christmas cards, and his address book. $5,500.

For a look at medicine when it was even more unpleasant than it is today, item 99 is the ledger of Pennsylvania physician Dr. David Maclay. This ledger runs from 1879-1886, and we find that he prescribes morphine and strychnine only rarely, and still on occasion bleeds people. He can also be a bit poetic at times. Speaking of a patient, one William McClure, he writes, "like a clock worn out with eating time, the wheels of weary life at last stand still." I think what the doctor means is that he lost this patient. $300.

Item 32 is a British criminal broadside from 1831, headed Committal to Newgate of Bishop, Williams, and May. Charged with the Murder of an Italian Boy. Evidently, these three "gentlemen" killed young Carlo Ferrari so they could sell his body to the dissecting rooms of King's College. The three were executed, reportedly in front of a crowd of 30,000 cheering fans. In a bit of poetic justice, their bodies were consigned to the dissecting rooms. $350.

Rev. Henry Budge did better than the trio above. A review of the Case, the people agt Rev. Henry Budge, indicted for the murder of his wife, Priscilla Budge…by John Swinburne, tells of a death in 1861. Mrs. Budge was found with her throat cut, which was at first believed to be suicide (do people really kill themselves this way?). However, husband Henry was later charged and tried, but acquitted. Author Swinburne went on to serve as mayor of Albany, New York, and one term in Congress. Item 31. $175.

You may view and search all of the items they offer for sale online through the following link: Books For Sale