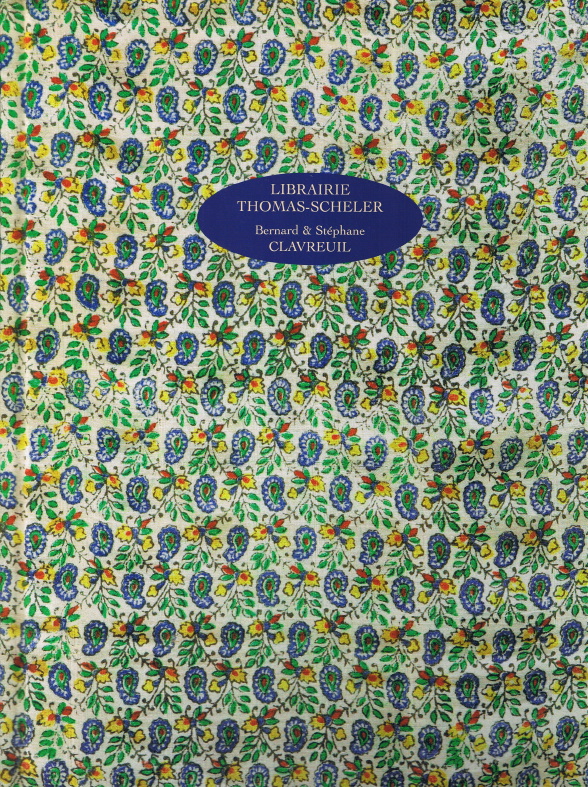 An illustration from the 1484 manuscript of Le Chevalier Delibere.

One of the interesting challenges of preparing catalogue reviews for the Americana Exchange is the opportunity to write about those written in a language you do not understand. I am not assigned too many of these, for which I am most grateful, but once in awhile, my monolingual limitations are exposed, and I am forced to fake it or report to the unemployment insurance office. I choose to fake it. So here we go. We have received an attractively illustrated catalogue from Librairie Thomas-Scheler, operated by Bernard and Stephane Clavreuil of Paris. As is often the case, Parisian booksellers publish their catalogues in French. So, before I try to explain what I cannot understand, I will caution that this is a catalogue which will be best appreciated by those able to read (and understand) French.

The title and subject of the catalogue is Le Chevalier Delibere, in English, "The Resolute Knight." This was a 15th century work by Olivier de la Marche, and the many printings and even manuscripts that appeared in numerous languages for several centuries attest to its once great popularity. This is a poem, written in 1483, in 2,704 lines. It is what was known as an epic poem, a literary format very popular through the 19th century.

The fictional knight of this poem evidently philosophizes over the issues of life and death in an era when knights (and just about everyone else) had short life spans. He contemplates whether his demise will come at the hands of allegorical Lord Accident or Sir Debility. This is a weighty, though probably not very happy poem. Along the way, this poor knight learns about others who have died, from his own lifetime and in ancient history. This poem is not a lot of laughs, but times were hard in the 15th century.

Writer Olivier de la Marche lived from 1426 to 1502. He was active in the Court of Burgundy, a very loyal officer, who wrote a few works, including history as well as poetry. His memoirs are one of the better of the historical resources for this time.

Librairie Thomas-Scheler has three copies from the 15th century of Le Chevalier Delibere. Language shortcomings prevent me from describing these in any detail. There is a manuscript version from Flanders written in 1484. The others are printed editions from 1488 and 1489. All three are illustrated. For more details, you will need to contact Librairie Thomas-Scheler. They may be reached via email at basane@thomas-scheler.fr or by telephone at +33 (0)1 40 46 91 46.