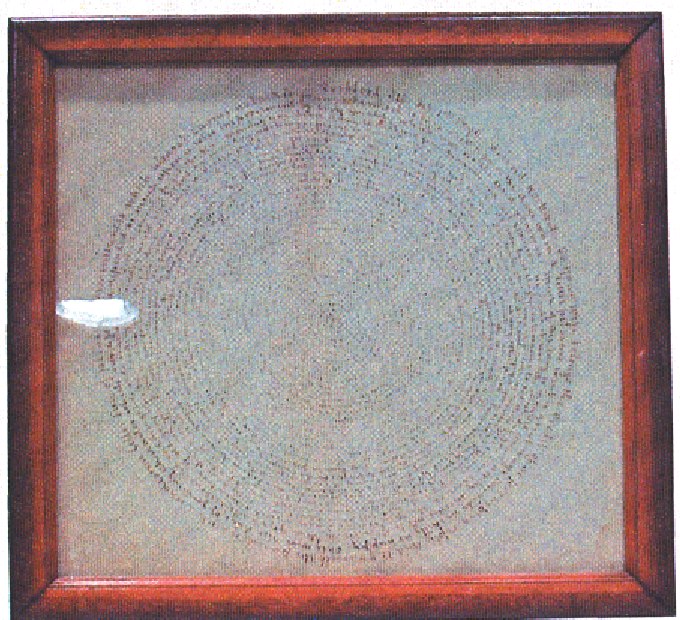 A most unusual spiral shaped letter.


Item 20 is a letter dated January 1, 1863, from J.D. McQuade, a Union soldier at the Battle of Fredericksburg. That battle did not go well for the Union army, and this soldier is well aware of that reality. He witnesses the battle from a nearby hilltop. The Union soldiers "were exposed to a dreadful fire I could see the canon balls lighting and the shells bursting among them...and the dead and wounded I could see lying on the fields..." Facing reality, he notes, "...I believe that the loss is heavier than it is put down in the newspapers on our side but I think the rebels loss must be light as they were in rifle pitts and behind earth works." $1,350.

We hear a lot about border crossings from Mexico to the U.S. these days, but the most notable one occurred in 1916. That is when a band of 500-700 men headed by Pancho Villa crossed over to raid the border town of Columbus, New Mexico. It was in response to U.S. support for his rival. When the dust settled, some twenty or so American soldiers and civilians lay dead. The U.S. counterattacked, but called off the fight since its battle was not with the Mexican government. Villa escaped, and survived until 1923 when he was assassinated. Item 51 is a letter dated March 13, 1916, from Deming, New Mexico, about 30 miles north of Columbus. The writer, Vera Chadborn, evidently an older child, writes, "We were out on the ranch when the battle took place but we took to our heels and ran about 2 miles on the other side of the railroad tracks." She goes on, "They set fire to Ritchey's Hotel and killed Mr. Ritchey and threw him in the fire..." Item 51. $325.

Now for a letter that's not so weighty. This is one from June 1858, written by James Hopkins to his father, T.A. Hopkins, in upstate New York. I would love to know the circumstances. He writes, "...has your woman got back yet or have you shipped her and got another. She is just like all the rest of those religus folks under a cloke to save themselves. Salt wont save her, they will try to faun around you till they think they have got you then try to bend you to their will if you wont bend and they find they cant do just to sute themselves they will try to find something against you and throw it to the winds if you are guilty or not." It sounds like T.A. found himself a new woman, but fortunately his brilliant son was there to save his dad from her evil trickery. That's what a good son does. Item 98. $28.50.

Item 101 is a most unusual letter. It is written in spirals. There are 33 circles, the text spiraling from the outer band inward. This must have taken enormous concentration to write, though I have no idea why the writer bothered. The 1890 letter is rather ordinary in terms of content, it containing reminiscences among old friends, but the style is unique. $875.

For football fans, here's a Green Bay Packer program that goes back to when even Vince Lombardi was just a 15-year-old boy entering seminary, intent on becoming a priest. There is no more legendary franchise than the Packers, still surviving in a small city long after all other such communities lost their major sports league teams. This program is dated October 28, 1928, and the opponent was the not-so legendary Dayton Triangles. It is unlikely a football team today would call itself the "Triangles." Among the people illustrated are "Curly" Lambeau, a founder, player, and first head coach of the Packers, leading the team from 1921-1949. Lambeau Field in Green Bay, where the Packers have played for 50 years, is named for him. Item 107. $1,000.