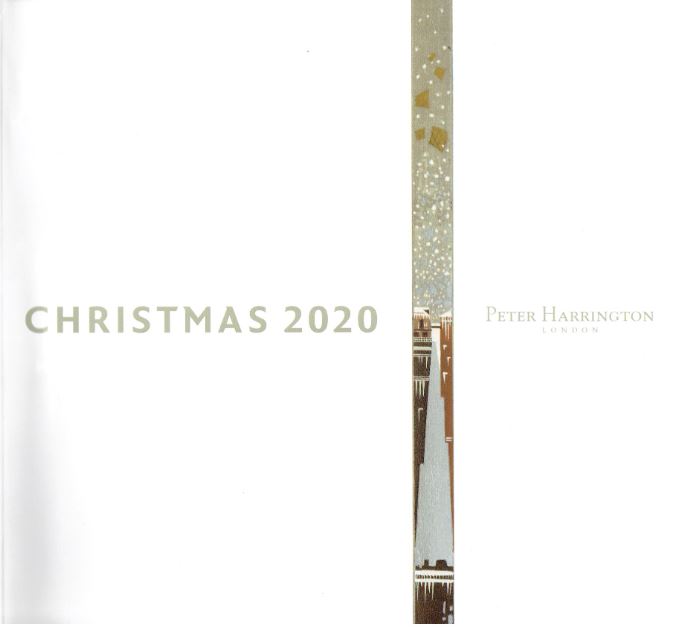 Peter Harrington has created a catalogue for Christmas 2020. This is not a subject-specific catalogue. There is something that everyone would like for Christmas. The selections are divided into two categories – main catalogue and gift selection. The difference appears to be price – main catalogue items are priced over £1,000, gift items under £1,000. At over £1,000, it is best to keep the books for yourself. These are just a few of the almost 300 selections being offered.

This was one of if not the most important of voyages of discovery, but not for the typical reasons. It did not find any new lands. Its importance was not obvious until many years later. Item 37 is Narrative of a Surveying Voyage of His Majesty's Ships Adventure and Beagle, published in 1839. There were two voyages between 1827-1838. The first volume recounts the first voyage and was written by its captain, Philip Parker King. The second volume comes from the second and momentous voyage, by its captain, Robert Fitzroy. The third comes from the naturalist on the Beagle for the second voyage, the man whose name we all know, Charles Darwin. He described natural findings primarily in southern South America and nearby islands. He noticed similarities, yet differences, between species found in different locations. He provided no groundbreaking theories for what he saw, at least not immediately. Back home in the years ahead he developed a theory which he finally disclosed to the public two decades later. He explained it in his book On the Origin of Species, one of the most significant, and controversial, books ever written. Priced at £85,000 (British pounds, or approximately $112,890 in U.S. dollars).

Charles Darwin was not the first person, not even the first Darwin, to come up with the idea of evolution. Half a century earlier, Erasmus Darwin thought of the same thing. However, his theory had not evolved, so to speak, as far as did Charles'. Erasmus did not have an explanation as to why species evolved, whereas Charles attributed it to natural selection. Erasmus Darwin was a physician and poet, an inventive and highly respected man in the late 18th century. He was also Charles' grandfather. Interestingly, Charles was not elaborating on his grandfather's beliefs. Erasmus had died before Charles was born and it was not until years later that Charles understood his grandfather's genius and began to seriously research his family's past. Item 38 is The Poetical Works of Erasmus Darwin, published posthumously in 1806. Darwin's poems include his ideas about evolution, described poetically. It includes 24 plates, five engraved by William Blake. £2,250 (US $2,990).

If you are a collector of James Bond, you will want this set of Bond novels, although it is not likely you can afford it. Ian Fleming's James Bond novels have become enormously (as in expensively) popular in recent years, though they are not all that old. There are 14 of them, published from 1953-1966. They were popular, but likely would not be all that well known today were it not for the movie adaptations, starting with those which had Sean Connery in the lead role (Connery died just a month ago). Each of these books is a first edition, first issue, and each was inscribed by Fleming except for The Man with the Golden Gun, which was issued posthumously. We won't list the titles because if you are ready to invest this much on the perfect set of Bond novels, you undoubtedly know them all already. Item, 56. £500,000 (US $663,500).

This one isn't even a book. It's a record. Actually, while the vinyl is quite valuable, most of the value is in the paper here, the album cover. This is from the first pressing of The Velvet Underground & Nico, by, well... that is obvious. Released in 1967, it was the first album from the Velvets. They joined up with German singer and model Nico for this one album at the behest of their manager, Andy Warhol. The album was not a commercial success, nor was any of their follow-up albums. They were critically ignored. Even if the music had been radio-friendly, and it wasn't, it still wouldn't have received any airplay, the lyrics often describing drugs and the decadent lifestyle of 60's New York. Still, the creative genius of one art form, Warhol, recognized it in another art form, music. If not a success by traditional standards, their influence was enormous, and even if their music is still obscure to much of the general public, it would not be an exaggeration to say they were the most influential rock band ever, more so than even contemporaries the Beatles and Rolling Stones. Punk, and the whole collection of styles under the alt. rock banner, trace themselves to the Velvet Underground, a band way ahead of its time. The iconic album cover features the peel off banana art created by Andy Warhol for them. Warhol, who also served as producer of the album, has signed the front cover. Item 146. £15,000 (US $19,900).

These aren't books either but rather, holiday-type cards. One has a Christmas type of family scene on the front, the other a holly border with the word “Peace” written on the cover. These are not quite so harmless and endearing as they appear. They are actually propaganda leaflets dropped from an airplane on allied troops during the Korean War. The single sheet Christmas card was targeted to British soldiers, encouraging them to abandon their American allies. It says, “It is 28 months since the Yanks dragged Britain into this war. Nearly 10,000 British lads have been killed or wounded in this period,” continuing, the “Glosters” (Gloucester Regiment) have “suffered particularly high casualties as a result of American selfishness.” The four-page “Peace” card targeted to American soldiers says that they have been told they are fighting “Communist aggression” and yet everywhere they hear people yelling “'Yanks go home!' This wasn't the way GI's were greeted everywhere in World War II, when they were really fighting against aggressors – the Nazis and Japanese warlords. Then they got flowers. So something went wrong. What is it?... the American government has been stolen from the American people by greedy Big Business.” Item 219. £375 (US $498).