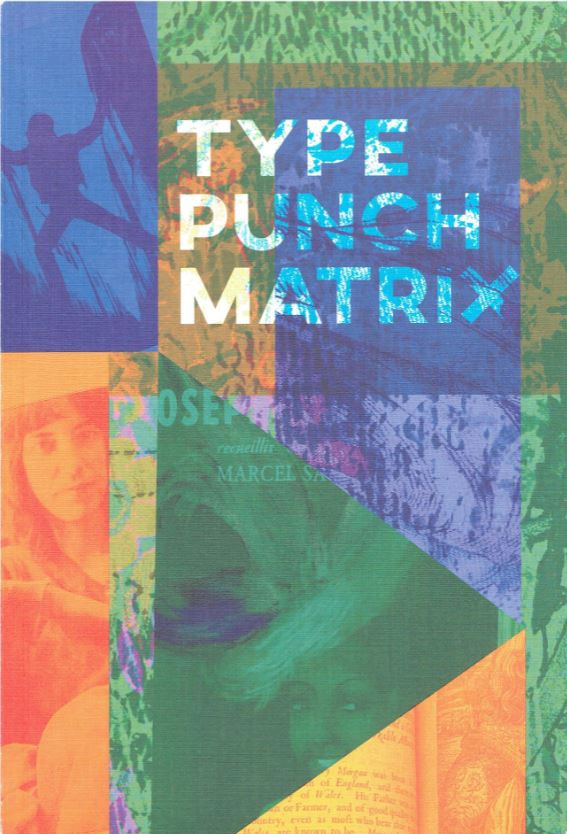 This month we received our first catalogue from Type Punch Matrix. It is actually their first catalogue, or at least, their first printed catalogue. Type Punch Matrix was founded by two well -established booksellers, Rebecca Romney and Brian Cassidy. Each has deep roots in the field, Rebecca Romney as a manager of Bauman Rare Books and principal of Honey & Wax Booksellers, Brian Cassidy for the past 15 years as the operator of Brian Cassidy Booksellers. Type Punch Matrix is located in Silver Spring, Maryland. This first catalogue does not have a title nor a description of the material. It is a variety of books and ephemeral items but otherwise hard to categorize. We will provide a few samples of what can be found, but there is much more.

Since the bookseller's name refers to parts used in letterpress typesetting, which dates back to early printing, where better to start than with the earliest of press printing with movable type? That, of course, would be the press of Johannes Gutenberg of Mainz. No, Type Punch Matrix does not have a complete Gutenberg Bible to sell. Only 21 complete copies survive, the last sale being in 1978. What they do have is a leaf from the Gutenberg Bible, which is the most you can hope to obtain today. The leaves from this Bible are beautiful works of art. Gutenberg was competing against handwritten and drawn manuscripts in 1455, so he needed to produce books of comparable quality. This leaf contains sections from the Book of Isaiah and contains a hand-drawn red initial. It came from an incomplete Gutenberg Bible that was broken up by bookseller Gabriel Wells in 1921. It was Gutenberg's invention and his Bible that opened the door to learning on a large scale, and with it the Renaissance and its flowering of knowledge. Item 3. Priced at $115,000.

If only more American leaders thought as this Congressman from Massachusetts did in 1830, America could have avoided one of the most shameful episodes in its history. Edward Everett was a young Congressman in 1830. He would later go on to be an ambassador, Secretary of State, Governor and Senator, as well as President of Harvard. He generally tired of these roles and did not hang around too long. In the 1850s, he became a forceful advocate of preserving the Union, desperately trying to find compromises that were acceptable to both North and South. He did not succeed, and while at first wary of Lincoln, came to be a strong supporter. Like Lincoln, he died in 1865. While holding various public offices, Everett's great renown was as a public speaker. He was considered the greatest orator of his time. It was Everett who was called on to give the main address at the dedication of the Gettysburg cemetery. His erudite, almost two-hour long speech was overshadowed by Lincoln's two minute one. With that introduction, we return to Everett's earlier speech before the House of Representatives in 1830. This is a first edition of his Speech...on the Bill for Removing the Indians from the East to the West Side of the Mississippi. Everett's oratorical skills were already on display as he made an impassioned plea on behalf of America's natives living in the East. He vehemently argued against the pretense that this was in the Indians' best interest, as President Jackson attempted to argue. Everett described the forced removal as “unmitigated evil,” saying, “The evil, sir, is enormous; the violence is extreme; the breach of public faith deplorable; the inevitable suffering incalculable.” Everett was right, but ignored. The natives were forced to move away from their homeland, the atrocity culminating in the Trail of Tears forced march where so many died. Item 50. $300.

These were the real pirates of the Caribbean, a tale told by one who participated with them for five years. Alexander Exquemelin hooked on with one of the most famous pirates, Henry Morgan, as a barber surgeon. That would be an unusual pairing today, but each required skills with sharp instruments. It should be noted that while generally considered a pirate by most, Morgan was a privateer, in effect a pirate who attacked ships with his nation's approval. Morgan attacked Spanish ships and for his official sanction, paid a portion of the loot to the crown. He was knighted for his efforts. When Exquemelin's pirating days were through, he returned to Holland and wrote a book, published in Dutch in 1678. This is a first edition in English from 1684. It was Exquemelin's book that gave Morgan his reputation and fame he still enjoys today. However, Morgan was not entirely pleased with claims that he tortured people and such and successfully sued Exquemelin's English publisher. The title of this account is Bucaniers of America; or, a true account of the most remarkable assaults committed of the late years upon the coasts of the West-Indies, by the Bucaniers of Jamaica and Tortuga, both English and French. This book was very popular, published in several languages, with some changes targeted to the specific audience. Pirates have fascinated people ever since. Exquemelin later reprised his role as a barber-surgeon and again headed off to the Caribbean, but whatever became of him then is unknown. Item 44. $16,000.

There weren't a lot of organized sports, particularly on the professional level, when this book was published in 1866. The title is The Play Ground; or, Outdoor Games for Boys. Sports for girls was barely an afterthought at this time. This is a rule book and instruction manual for such beloved games as Baste the Bear, Hook 'em Sniffey, Duck on the Rock, and Teetotum. These games have not survived the test of time. However, one described herein has. It then went by various names, one being Base-ball. There is a ten-page section on this game, complete with illustrations and diagrams. There are instructions on measuring the field and preparing the field, batting styles, positions and duties of outfielders, and a description of equipment. Importantly, it provides the rules and regulations adopted by the National Association of Base-ball Players in New York on December 9, 1863. Baseball spread around the country, but each area tended to have its own unique rules. This helped to provide a uniform set of rules so teams from different places could play each other. While many long-forgotten games are described, the author seemed to know that this one would be special. The book states, “This game, which is Rounders, or Town Ball, reduced to a system, and governed by scientific rules, is a graceful and invigorating pastime, and bids fair to become to this country what cricket is to England – the national game.” Or, as it came to be known, the national pastime. The author was prescient. Item 58. $1,800.

Prisoners don't have many friends, and probably had even fewer back in the 19th century, but in the 1840s, they had friends in brothers Charles and John Murray Spears. They served as editors of The Prisoner's Friend, a journal “wholly devoted to the abolition of capital punishment and the reformation of the criminal.” They saw the role of prisons as being to reform criminals rather than simply punish them. They were also abolitionists. This was consistent with their religious beliefs, both being Universalist ministers at the time (though John Murray later became a Spiritualist with an odd set of beliefs). Item 43 is Voices from Prison, being a Selection of Poetry from various Prisoners, written within the cell, edited by the brothers and published in 1847. Some of the poet-prisoners were contemporaries, including “one of whom is now within the walls of our own penitentiary,” while others were historic figures such as Daniel Defoe and Lady Jane Grey. $500.