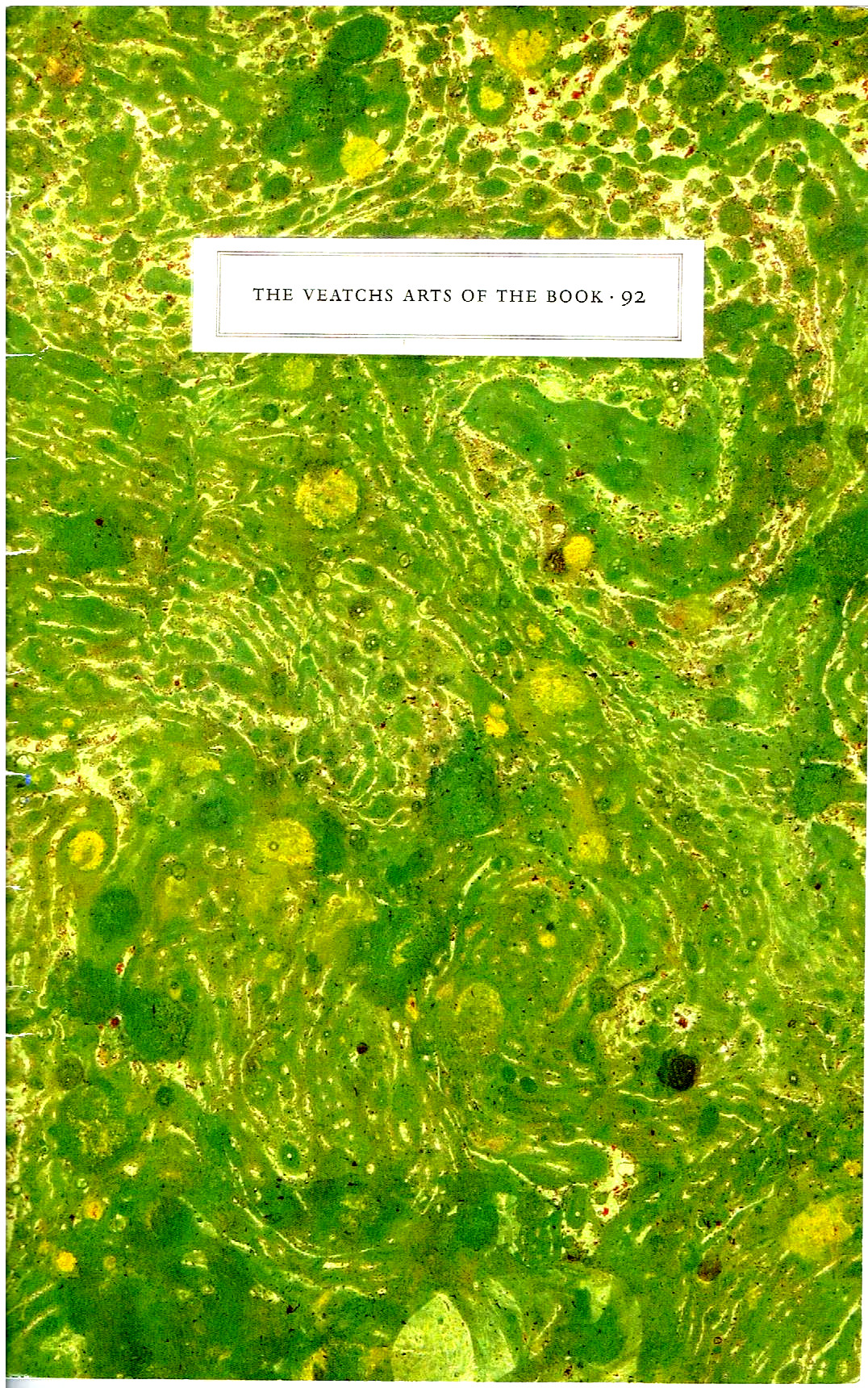 The latest from The Veatchs Arts of the Book.