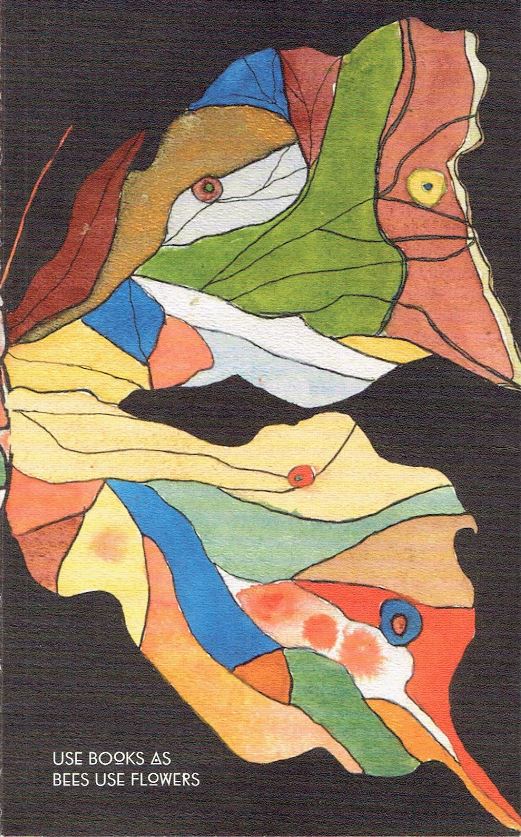 Honey & Wax Booksellers has issued a new catalogue titled, simply, No. 8. Even that title is low key, appearing only on the spine. I think the reason for such a brief title is that a descriptive one would probably take pages. Honey & Wax offers a variety of fascinating works, but finding a common description is not apparent. I would say that most of the books here have more of an artistic bent than those found in most book catalogues, but that is not a requirement. And some of the items aren't books at all. For example, there is a tobacco box carved from wood taken from Haworth Church, church of Rev. Patrick Bronte and his three famous novelist daughters. There is a dissected sphere and dissected cube, educational toys created by William Ross in 1891. Then add to that nine segmented apples by Hugo Jung. They are divided into different fractional slices, an aid to teaching math. Of course, there are also lots of books. Here are a few.

The name of Olympe de Gouges is not well known, much less so than that of feminist Mary Wollstonecraft, yet she wrote a book entitled “Declaration of the Rights of Women” before Wollstonecraft wrote her feminist work. She also favored democratic rights and was an opponent of slavery. Its this last concern that was the subject of this play, L'Esclavage des Noirs, published in 1792. It provided a sympathetic look at slaves just as the revolution against slave owners was taking place in the French colony of Saint Domingue. Her views were radical for their time, and the participation of women in political causes even more so. Unfortunately, the situation in France was quickly spinning out of control and her views were too moderate for the Reign of Terror. She had been supportive of a constitutional monarchy and opposed the execution of the King. Besides which, even the extreme radicals who ruled during the Reign of Terror had little use for politically active women. She was sent to the guillotine with so many others in 1793. Item 45. Priced at $15,000.

Kawasaki Kyosen was an early twentieth century Japanese painter noted for his unusual subject matter. He painted toys, that is, not painting the actual toys, but painting pictures of them. He traveled around Japan finding toys and good luck charms in various communities which he would paint. These items are known as omocha, and this book of paintings of these small items is titled Omocha Junikagetsu (twelve months of toys). It was published in 1926. The book features 12 double pages of hand-colored woodblock prints of his drawings. The colors are bright, as one would expect of children's toys, although these were collected by adults as well. What was notable about omocha was that they were locally produced, each place having its own objects representing their own traditions, rather than mass-produced toys that are common today. In other words, these are not like the Pokemon figurines your children collected. Item 1. $1,800.

Next we will return to revolutionary women. This time we go to China at the beginning of the twentieth century. Qui Jin was born to a wealthy but traditional Chinese family. She received a much better education than most women, but still had her feet bound and was forced into an arranged marriage. In 1904, she abandoned her family and went to Japan and joined other expatriate Chinese with revolutionary thoughts. Like Olympe de Gouges, she combined support for women's rights with those for broader democratic reforms. She spoke out for greater involvement of women in public affairs, an end to arranged marriages and foot binding, and better education for women. Meanwhile, she also supported the overthrow of the Qing Dynasty. In 1906, she returned to China, joined a revolutionary group, and after its leader was captured and executed, the government came after her as second in command. She too was captured, tortured, and executed in 1907. Item 9 is a memorial to Qui Jin published in 1907. The title (in Chinese characters) is Qui yu qiu feng (Autumn wind, autumn rain), edited by Min Huang. It includes some of her poetry as well, Qui Jin also having been a poet. Honey & Wax notes that just the publishing of this memorial would have been dangerous in China at the time. Today, she is recognized in China as a hero. Indeed, the various factions of revolutionaries that came after her all tried to claim her as one of their own, leading to her being buried and reburied nine times. $20,000.

This is an unusual book with an unusual title: Hymen: An Accurate Description of the Ceremonies used in Marriage, By every Nation in the Known World. Shewing, the Oddity of some, the Absurdity of others, the Drollery of many, and the Real or Intended Piety of all. Dedicated to the Ladies of Great-Britain and Ireland. The author, who is unknown, went by the pseudonym “Uxorius.” Published in 1760, this book is designed to inform British women of their good fortune not having to go through the marriage ceremonies of other peoples. It describes every known people the author could find, from the English to Jewish and Catholic women, and on to natives of North and South America, Canadians, Mexicans, Chinese, Persians, Japanese, Greeks, “Mahometans,” and Hottentots. The further removed from the English, the more bizarre and sensational the rites become. As for the claim of these being “accurate descriptions,” that may be debatable. It appears the author may have sought to boost sales by being sensational, with descriptions of adultery, incest, polygamy, punishments, and the like, quite lurid topics to readers of this time. Item 2. $2,800.

It may be a bit late to take advantage of this invitation, but it is still great to have it as a memento. Item 19 is an invitation to a private reception for Walt Whitman, following his lecture on “The Death of Abraham Lincoln,” presented at the Madison Square Theatre in New York. Lincoln had already been dead by over two decades by this time, the date marking the 22nd anniversary of his assassination. The card invitation announces, Walt Whitman / At Home – Thursday Evening / April 14th 1887 / Westminster Hotel, Irving Place and 16th St., New York. This was a benefit for Whitman who had been in ill health for many years. $1,800.