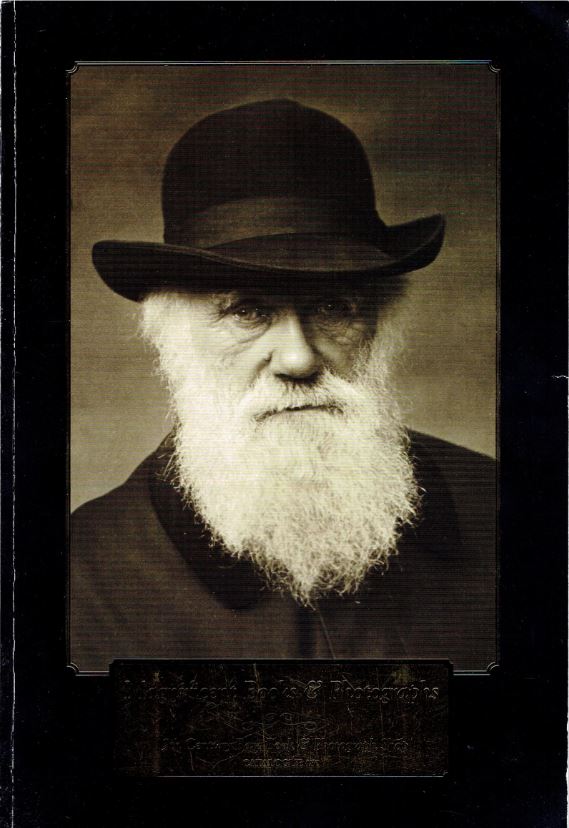 The 19th Century Rare Book & Photograph Shop has published a catalogue of Magnificent Books & Photographs. There's not much you can add to that. I will only say that "magnificent" is not an exaggeration. I imagine the unidentified man on the cover, who must be Walt Whitman, would probably agree, since a first edition of Leaves of Grass and other Whitman items are found in this catalogue. Here are a few other examples of what can be found in this selection.

As we are in the midst of political debate season, there seems nowhere more appropriate to start than with the most significant and famous American political debates ever. That could only be Political Debates Between Hon. Abraham Lincoln and Hon. Stephen A. Douglas in the Celebrated Campaign of 1858, in Illinois. This is an account of the Lincoln-Douglas debates that occurred in Illinois in that state's senate race, two years before the two faced off in the momentous presidential election of 1860. Though Lincoln lost that senate election, it was his Republican Party that published the account of those debates. Lincoln kept a scrapbook of newspaper clippings recording the speeches with hopes of having them published some day. In late 1859, the Republican State Central Committee in Ohio did him the honor of publishing it for him. It also includes Lincoln's famous house divided speech where he said that a nation could not long endure half slave and half free, and that he did not believe the house would remain divided or fall, that it would become one or the other. All of those soon came to pass, thanks to Lincoln's unwillingness to let the house fall. This compilation of the debates was used by Republicans in the 1860 election to help Lincoln overcome Douglas the second time around. Priced at $7,000.

Lincoln's reasoning was clear and logical, but today's political debates seem to follow the type of logic expressed in this other 1860s book. This is the first edition, second issue of that classic of logic, Alice's Adventures in Wonderland. Lewis Carroll, pen name for mathematics and logic professor Charles Lutwidge Dodgson, wrote this book of stories he made up for neighbors' children at the urging of one of those children, Alice Liddell. Carroll obtained the services of illustrator John Tenniel, and then had the first edition printed in London in 1865. Once it came off the press, Carroll distributed around 50 copies to his friends. However, Tenniel was displeased with the quality of the reproduction of his illustrations and wanted the printing destroyed. Carroll agreed, and wrote his friends asking they return their copies, that he would provide them with replacements when they were printed. The result is there are only around 20 copies of the first edition, first issue in existence, making it virtually unobtainable. Still, the publisher did not want to destroy the leaves they had printed for around 1,000 copies of a first edition because Tenniel and Carroll didn't think they were quite up to snuff. So, they bound up the sets, created a new title page, and shipped them off to America where standards, presumably, were not so demanding. The result is that the first American edition is the first edition, second printing, and the only obtainable first edition. The British got a superior copy, but it is the second edition. $48,000.

Next we have a collection of ten photographs related to what was essentially America's natives' last battle to retain their homeland. It turned out to be more of a slaughter than battle. The photographs were taken by James Mooney in the years 1892-93. That was two years after the massacre at Wounded Knee, but they pertain to the activity that led to that tragedy, the Ghost Dance. The Ghost Dance was a ritual taught by the prophet Wovoka, or Jack Wilson. It came to him in a vision and he taught that it would resurrect the dead from his people, would protect them from the white man's guns, and drive the intruders from their land. The Indians were desperate by this time, many starving, and many believed in Wovoka's vision. We now know it did not turn out as he expected. Instead, 150 Indians were massacred on the Lakota Sioux reservation in Dakota. Mooney came to South Dakota in 1890 to investigate what had happened and was able to earn the confidence of several Indian tribes. He was allowed to participate in and photograph native dances and was even able to interview and photograph Wovoka. $35,000.

Here is another set of Western American photographs from the 19th century, but without the sad association of the Ghost Dance photos. This is a collection of 50 photographs of the West taken by Timothy O'Sullivan (35) and William Bell (15). They were taken from 1871-1874 during George Wheeler's survey of the West, covering parts of the states of Colorado, New Mexico, Arizona and Idaho. O'Sullivan was the primary photographer, but Bell filled in for a while when he was sent on another assignment. Some of the most dramatic photographs were taken when they proceeded up the Colorado River, taken in the Black Canyon (where Hoover Dam was later built) and the Grand Canyon. There are others taken on Indian pueblos and Canyon de Chelly. Only 50 albums containing all 50 photographs were created, though a larger number containing just 25 were produced. Among the recipients were President Rutherford Hayes and the Library of Congress. $680,000.

One good western exploration deserves another. This next one took place at the beginning of the century, in the American Northwest rather than Southwest, and is the most famous of all American internal explorations. That would be Lewis and Clark's expedition. President Thomas Jefferson had wanted to explore the territory, but once the Louisiana Purchase was completed, he had the opportunity. He sent Captains Merriwether Lewis and William Clark off on their mission in 1804 and they went all the way from Missouri to the Pacific coast and back, returning in 1806. They issued their official report under the title History of the Expedition under the Command of Captains Lewis and Clark, to the Sources of the Missouri, thence across the Rocky Mountains and down the River Columbia to the Pacific Ocean. While this is a first edition, it was not published until 1814, intervening events causing the long delay. The map was issued as a separate item so only a limited number of copies contain the map. This is one. $175,000.