The American West and More from Back of Beyond Books 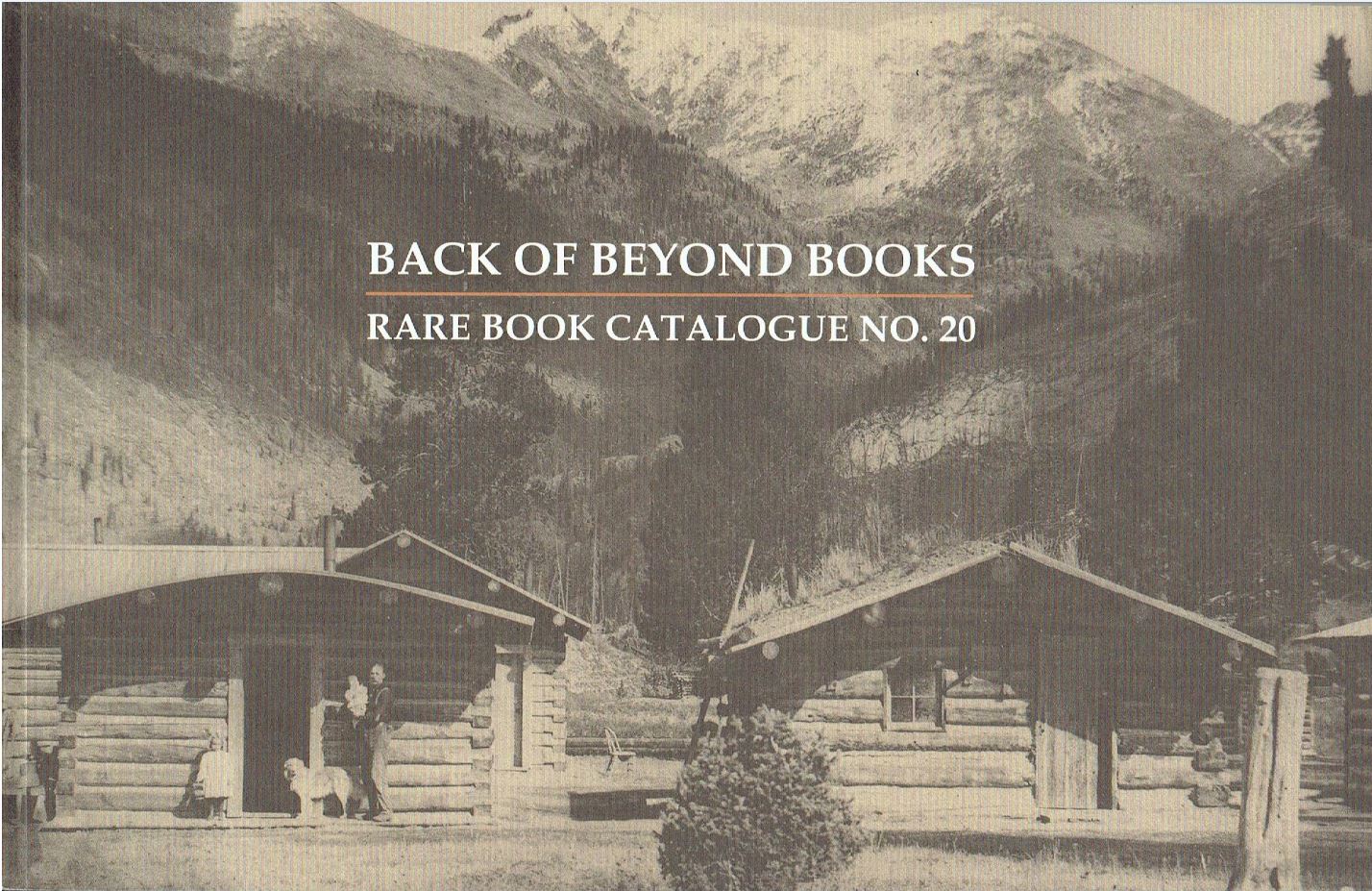 The American Southwest and more.

Back of Beyond Books has published their Rare Book Catalogue No. 20. Back of Beyond is noted as a specialist in books about the American Southwest, but their coverage has expanded substantially in more recent issues. This catalogue is divided into 12 sections as follows: Western Exploration and the Colorado River, Western Americana, Native Americana, Mormon History, Photography, Art, Literature and Poetry, the Natural World and its Defenders, Americana, Promotionals, Trade Catalogues, and Last Minute Acquisitions. Here are a few of their latest selections.

Americans awaited news from the most important internal exploration of the country when its leaders, Captains Merriwether Lewis and William Clark, returned in 1806. They had to wait a long time to receive the captains' official report. A number of delays held it up from publication until 1814. However, one of the members of their team, Patrick Gass, did provide a much quicker account, publishing his in 1807. Item 17 is Gass' Journal of the Voyages and Travels of a Corps of Discovery, Under the Command of Capt. Lewis and Capt. Clarke... Gass got a lot right, but not the spelling of Clark's name. His report was printed by Zadock Cramer, the frontier publisher (Pittsburgh was then on the frontier) who published books to help those seeking their fortunes in the West. Streeter considered Gass' account "one of the essential books for an Americana collection." Priced at $7,500.

Here is another early explorer, though not quite as early as Lewis and Clark. John Wesley Powell led two expeditions down the Green and Colorado Rivers. It was not an easy journey through the canyons as there are numerous rapids, with the last part being particularly treacherous. Their journey would be the first water trip into the Grand Canyon. The first journey was primarily to discover what was there, the second to gather more detailed scientific information. Powell concluded that the land was too arid to support large scale farming. Item 23 is Powell's Exploration of the Colorado River of the West and its Tributaries. Explored in 1869, 1870, 1871, and 1872... It was published in 1875. $625. Two decades later, Powell wrote a more detailed report that was published in a limited edition, Canyons of the Colorado. Back of Beyond also has this 1895 account in a copy signed and annotated by University of Utah professor and contemporary geologist William Neal. Item 22. $11,000.

If you are an aficionado of mushrooms, here is the ultimate book. Actually, it is more than a book. Item 179 is Mushrooms in Their Natural Habitats, by Alexander H. Smith, published in 1949. This is 626 pages worth of information about mushrooms from a leading expert in the field. The book comes with a View-Master viewer and 33 reels for the viewer housed in a separate false book box. The View-Master is one of those devices that you insert the round card with images along its edge and when you look in the viewer, they take on a 3-dimensional appearance. William Gruber, the inventor of the View-Master and owner of the company that produced them, also was a mushroom aficionado as he not only published this set, he took the photographs of the mushrooms himself. $1,600.

Here is a book that you are unlikely to be able to read. That is ironic, because the idea was to make reading easier. Brigham Young may have been able to lead his followers into the desert near a huge lake of undrinkable water, but he could not lead them into using a new alphabet. For 15 years, though, he tried. English spelling has always been a confounding, ridiculous exercise, filled with letter combinations that don't sound anything like they look. Young's idea was to create a new alphabet that would spell English words phonetically. He developed an entirely new alphabet that consisted of 38 letters. They do not look like Latin letters. The idea may have sounded good, but other than four books published by the Mormon Church, there was nothing else to be read in this language. It was essentially useless. After the four books were published, the exercise was abandoned. Here is one of those books, Selections from the Book of Mormon in the Deseret Alphabet, published in 1869. The other three books published in Deseret were a complete Book of Mormon, and two school primers. Item 99. $300.

Here is another, more logical but equally failed attempt to make English easier to read and spell. Item 196 is an issue of a newspaper published in Cincinnati in 1850 and its method of making English more readable will be evident from its title, Fonetic Advocat Volyum II, Numbur 22 Sinsinati, 15 Jun, 1850. There have been many attempts to create phonetic English spelling, but for all its logic, none have ever caught on. $85.

Item 111 is a photograph of an organization whose existence was already doomed by the advance of technology. Taken between 1900-1910, it is a photograph of the Anti Horse Thief Association. This group was located in Springfield, Missouri, but there were anti horse thief associations all over the country. Stealing horses was a major concern in those days. Horses were the major means of transportation at the time, and were expensive to purchase. It was a capital crime in many jurisdictions in the 19th century, with horse thieves being hanged for their crime. The Anti Horse Thief Association had a large number of followers in Springfield and they can be seen in this photograph, mounted on their horses. Several Springfield businesses can also be seen, along with one lone automobile. That would be their demise, horse theft to be replaced by automobile theft, a scourge with which we still have to deal today. $750.