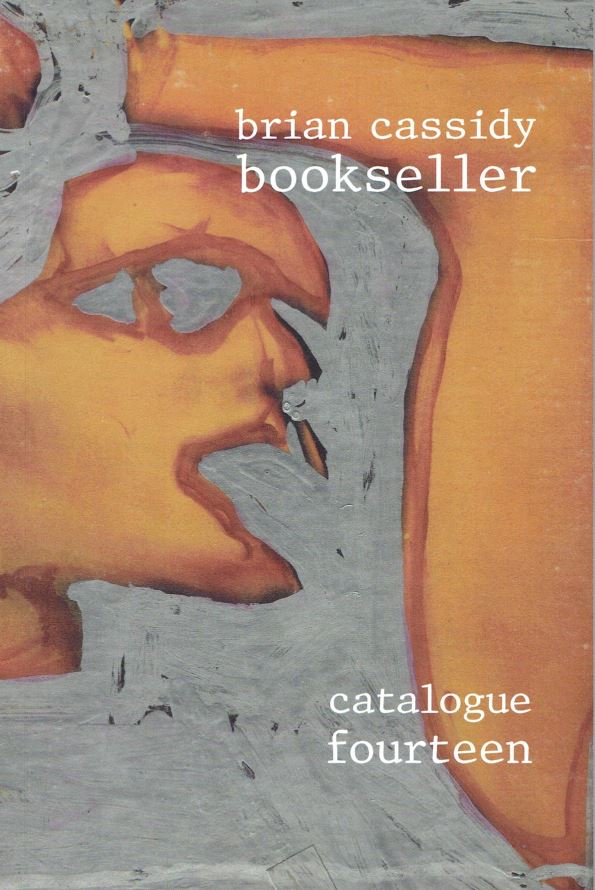 Some unusual material from Brian Cassidy.

Brian Cassidy Bookseller has issued Catalogue Fourteen. It contains, "archives, photographs, albums, manuscripts, scrapbooks, collections, ephemera, and other primary materials." There is much in here of a countercultural nature. I would say that the majority of items represent cultural if not political leanings somewhat to the left of center. However, this is not always the case. Some things would not fit logically with any particular leanings, like a milkman's promotional book, high pressure fire hydrants, or motor vehicle accident reports complete with photographs. This is a catalogue where you will find lots of items that are unusual, a few downright kinky. Where else can you find such things?

We will begin with the Green Stamp invitation to the Andy Warhol exhibition cum rock concert at the University of Pennsylvania's Institute of Contemporary Art in November of 1965. The exhibition was put on by Sam Green, hence the use of an S&H Green Stamps motif for the invitation. Green sent out 6,000 of these, hoping that would at least generate a fair sized audience. Instead, it attracted a large crowd. They came to see Warhol and his partner, actress Edie Sedgwick, more than the art. It turned out more like a rock concert than an art exhibition. Warhol realized he had become more than just another painter. The three waved to the crowd from atop a staircase, but had to escape through a hole in the ceiling. Item 95. Priced at $2,000.

It was meant to be a permanent Woodstock. Item 79 is a handbill headed Goose Lake Park and a flyer for attendees of Welcome...to Goose Lake Park. The Goose Lake International Music Festival took place from August 7-9, 1970, a year after Woodstock, at Goose Lake Park near Detroit. The park was built to handle such festivals on an annual basis. It had all the facilities needed for the comforts Woodstock lacked, along with a fence topped with barbed wire to assure that it did not become another free concert. It too featured many of the top rock bands of the day, including Jethro Tull, Mountain, Chicago, 10 Years After, the Stooges, Bob Seeger, John Sebastian, and the Flying Burrito Brothers. Joe Cocker and Alice Cooper were announced but could not attend because of contractual issues. An estimated 200,000 people attended and it all went off well. However, no other festivals were ever held as despite rave reviews, it generated a negative response from local officials. The problem was that there was a lot of drug use by the attendees. Who could have foreseen that? $350.

This is one of the more unusual items in the catalogue. It is a collection of 16 diaries describing the coming-of-age and continued sexual adventures of a man who would otherwise seem standard Middle America. He lived in the heartland, Canton, Ohio, the son of Italian immigrants (he lived at home), working as a machinist at the Timkin Roller Bearing Company. The diaries range from 1936-1961. Through the first eight years, he remains a virgin. His interest in women is substantial, but his social skills must not have been the best. Rather than dating or even speaking to them, he quietly stalks them, watching from a distance, driving past their homes, noting what he sees and whether he has been observed. Finally, his doctor must have become concerned by his behavior and recommended he visit a prostitute. So at last, on October 2, 1943, he has his coming-of-age moment at the age of 32. He describes the experience in great detail. Fortunately, the woman is obviously understanding and all goes well. At the conclusion, he runs off to his doctor to get a shot. The next 18 years cover many further escapades with various prostitutes. Item 24. $9,000.

Next we have a manuscript illustrated children's story from Germany in 1921. The title is Feuerfunkchen (Little Spark). The author is identified only as "Roland." It is a tale, in verse, of the dangers of fire. In it, a boy strikes a match, but the fire is in the shape of a demon, with arms, legs, and head. The orange demon spreads and grows until by the ending it is gripping the boy's entire house in its fiery paws. The illustrations are quite dramatic; the story one that undoubtedly would have struck fear into the hearts of careless children. Item 38. $4,000.

Here is the tribute to high powered fire hydrants and hoses. It is a photograph album, circa 1908, documenting the installation of a high pressure system in New York City. In 1904, the Great Baltimore Fire devastated that city. Though no loss of life was attributed directly to the fire, over 1,500 buildings in the center of the city were destroyed. It was a wake-up call for cities across the country to upgrade their firefighting capacity. What this album shows is at least part of New York's response. The new fire hydrants were able to provide greater pressure than could firetrucks. The idea was to provide enough water pressure to reach the top of the highest skyscrapers of that era. Some of these photographs, with their synchronized spraying in action, look almost artistic, though the purpose was entirely practical. Item 106. $3,500.

Item 78 is a program for a fundraiser by the Dynamic Danettes, an all-female African American social club in Pittsburgh. They were raising money for the NAACP. I don't know what happened to the Danettes. There is not much to be found online about them. This was not their only fundraiser for the NAACP, but this was evidently not a big money group, high rollers raising large amounts. They were just regular folks having a good time doing good deeds. This program announces, Dynamic Danettes Civic Club Presents Aretha Franklin and Trio... How did this small group ever get Aretha Franklin to perform at their benefit? The answer is in the date - September 29, 1963. Aretha was not yet the Queen of Soul. She was a young singer with a few minor hits but nothing that would make her a familiar name let alone a star. It would not be for another three years and a change of record labels that Aretha Franklin became the huge star we remember. Item 78. $350.