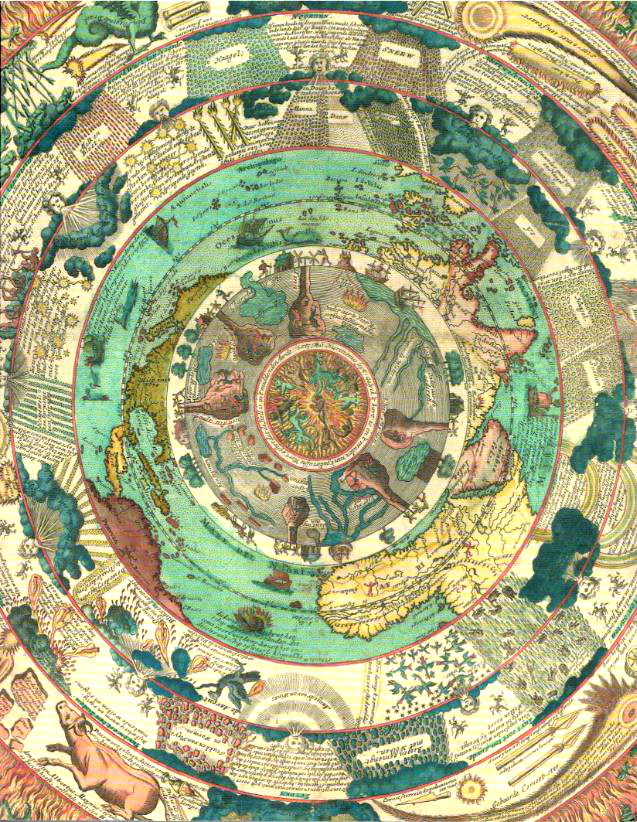 Daniel Crouch Rare Books has issued their Catalogue XV. It consists of 50 items from the field of maps, atlases, and charts. Crouch notes that it was timed to coincide with the first anniversary of the opening of their New York shop, and consequently, many pertain to the "New World." That would include some of the earliest maps of America. In some cases, there are separate maps, in others, early appearances of the New World on world maps. Then again, some maps are out of this world, quite literally. These are star charts. Others are from Europe and the East. All maps and atlases are significant, this catalogue being intended for collectors at a high level. Here are a few samples from it.

We begin with an atlas from a time before America existed, at least in the minds of Europeans. Item 1 is one of the earlier printed Ptolemaic atlases. It is just the third printed atlas and the first in Italian. This is the 1482 edition of Geographia, published in Florence in 1482, with the text of Francesco Berlinghieri. While not considered an edition of Ptolemy, it uses the Ptolemaic maps. Based on references in the text, and a dedication to the Duke of Urbino who died during the year, printing must have occurred between April 17 and November 10 of 1482. It is believed to have been printed prior to September. This atlas contains the traditional 27 Ptolemaic maps, one world, ten of Europe, twelve of Asia, and four of Africa. Additionally, there are four new maps, Italy, Spain, France, and Palestine. The world map shows Europe and Asia as far east as India, and the northern part of Africa. The Indian Ocean is an enclosed inland sea, land extending from central Africa all the way to Asia, connecting east of India. It would take most of another two decades before Vasco Da Gama would make the voyage around Africa to India, showing that there were open seas. Priced at £400,000 (British pounds, or approximately $553,975 in U.S. currency).

It would only take a couple of decades for the world to change drastically. Columbus' discovery just one decade after this atlas was published was the most notable change, but there were many voyages during this period as the Age of Discovery began. Item 5 is what Streeter called "the most important of all the Ptolemy editions." From 1513, it is the Geographiae of Martin Waldseemuller, published in Strassburg. This contains the 27 Ptolemaic maps but adds 20 new or modern ones. It is here that we find the first map devoted to the New World. It clearly shows the northeastern portion of South America, the east coast of Central America, the Gulf of Mexico, and some portion of the east coast of North America. Clearly displayed are the islands of Spagnolla (Hispaniola) and Isabella (Cuba). Also easily recognizable is the peninsula of Florida, though it remains a mystery how Waldseemuller knew of this feature. He calls this land "Terra Incognita," another interesting point. In a 1507 map, he called it "America." It is not certain why he dropped the name by which the land would become known. Perhaps he realized in the interim the New World was discovered by Columbus, not Amerigo Vespucci, but by then it was too late. The text states this map is based on information obtained from the "Admiral," but that could refer to Columbus or Vespucci. Other new maps include the first of Switzerland. £600,000 (US $830,975).

A century later, most of the Americas was reasonably well known. There remained one large gap, and it would persist for more than another century. The missing link was the Pacific coast of North America, and the inland areas of the continent, particularly west of the Mississippi. Item 31 is The North Part of America conteyning Newfoundland, New England, Virginia, Florida, New Spaine and Nova Francia, with ye rich Iles of Hispaniola, Cuba, Jamaica and Porto Rieco on the south and upon ye west the large island of California, by Henry Briggs, published in 1625. This was the beginning of a misconception that would last a century – that California was an island. Interestingly, Briggs was aware that there was some uncertainty as to California's status. A legend states, "California sometymes supposed to be a part of ye westwerne continent, but since by a Spanish Charte taken by ye Hollanders it is found to be a goodly Ilande." It is believed that Friar Antonio de la Ascension's account of the Vizcaino expedition is what messed up the Hollanders. Prior to this, maps showed California as a peninsula. This map also contained another error that opened up false hopes. It indicates that there is a Northwest Passage emanating from Hudson Bay. There would be countless attempts to find that route in the coming centuries, though it was determined much earlier that there was no such way through Hudson Bay. £14,000 (US $19,389).

It would not be long after this map was published that Thomas James made an attempt to find this route. He sailed to Hudson Bay in 1631, explored the area, barely survived, but returned home with the conclusion that there was no route through Hudson Bay. That would not deter Arthur Dobbs a century later, who concluded from the tides in the bay that there must be an exit west. Dobbs sought such a trade route, determined to find it. While not traveling there himself, he supported a mission by Christopher Middleton to find it. Middleton retraced James' journey of a century earlier and came back with the same conclusion. Dobbs would have none of it. Item 22 is Dobbs' An Account of the Countries adjoining to Hudson's Bay... published in 1744. It advocates settlement of the area, to keep the French out, and the map connects Hudson Bay to the Pacific. Dobbs accused Middleton of taking money from the Hudson Bay Company to keep quiet about the route. He believed the Hudson Bay Company was motivated to deceit so as to maintain its monopoly on trade. £18,000 ($24,929).

Joseph Blanchard and Samuel Langdon created An Accurate Map of His Majesty's Province of New-Hampshire in New England... It was not entirely accurate to call it an "accurate" map. Some of it was fictional, but forgivable. The year was 1761, and this was the first printed map of New Hampshire. No one really knew what was in most of the northern half of the province. The southern half of the now state had already been carefully surveyed, and New Hampshire has always been most developed along its southern border, Massachusetts expats escaping taxes or whatever was troubling them in 1761. Northern New Hampshire is mostly a blank slate. The White Hills, since upgraded to White Mountains, appear, noting they can be seen far out at sea. The Connecticut River begins in Maine, though in reality, the source is New Hampshire. Various imaginary branches and rivers appear, the map noting, "These branches are only conjectural," and "Only the mouth of this river is known to ye English." Some are based on information received from Indians. Item 38. £75,000 (US $103,869).