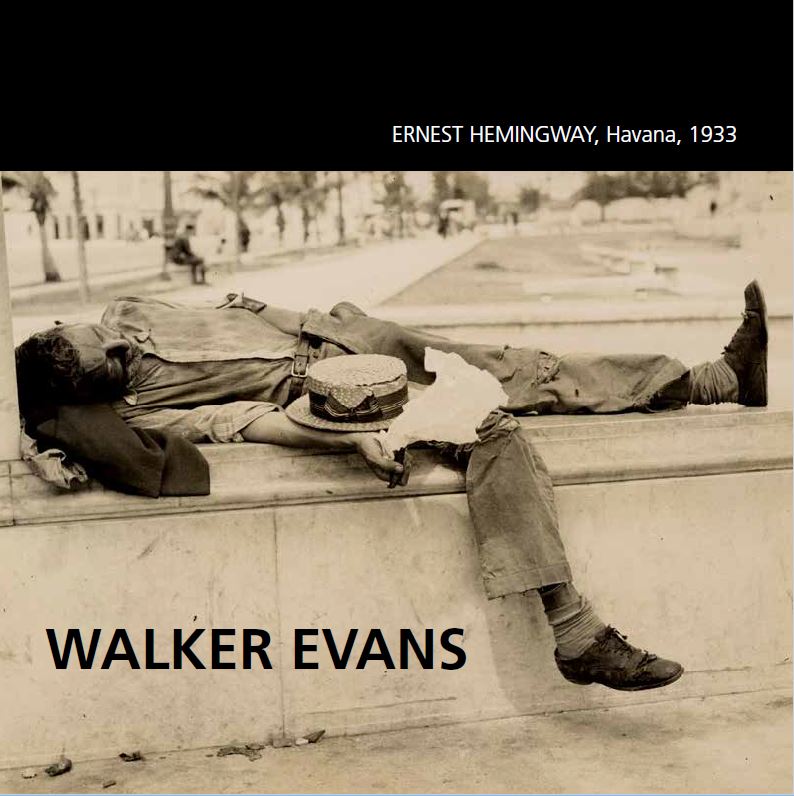 Walker Evans was one of America's most important 20th century photographers, a notable photojournalist in particular. His reputation was built on the moving photographs he took of America's southern poor during the worst of times, the Great Depression. He worked for the Resettlement Administration and the Farm Security Administration documenting the effects of the Depression during a time when the government created jobs for artists as well as more "practical" skills to keep Americans working. Along with his government work, Evans is especially known for his 1936 collaboration with writer James Agee on the book Let Us Now Praise Famous Men, which was published in 1941.

What was Walker Evans doing before he signed on with the government? Evans only took up photography in 1928 at the age of 25. He looked for jobs where he could find them, but was hardly overwhelmed with work. That was how he came to work for the government in 1935 as jobs became scarce. He did manage to gain an assignment from publisher J. B. Lippincott in 1933. They sent him to Cuba to generate photographs for the book The Crime of Cuba, by Carleton Beal. It was an expose of the corrupt and murderous regime of President Gerardo Machado, on its last legs approaching a coup later that year, though that was not known at the time.

Arriving in Havana, Evans began documenting what he saw through his lens. There is not much in Evans' photos that shows the political turmoil and violence that was erupting. There are street scenes, notably fruit and other vendors, and people on the street. Some look to be middle class, but many display deep poverty. Shots from the crowded "suburbs" outside the city show the local poverty in its fullest. It must have been a trial run for the work Evans would do a few years later in America documenting the poverty of the Depression.

There are also some pictures he photographed from files in local newspapers, the "appropriated" photos. These starkly display the violence, bodies lying in the street. It was the even darker side of Cuban reality at the ending of Machado's rule.

As remarkable as the photos was the friendship Evans made in Havana. Along the way, he bumped into Ernest Hemingway. It was one of Hemingway's periodic visits to Cuba, having arrived on a fishing trip from Key West. Hemingway sort of took Evans under his wing, along with providing two big favors. Taking him under his wing meant that, for two weeks, Evans became Hemingway's drinking buddy. Hemingway was an expert. Two weeks later, it was time for Hemingway to return home on board the boat he rented.

That was when the writer did two favors for the photographer. Shortly after he arrived, Walker had half of his money stolen. He wished to stay a bit longer but had run out of funds. Hemingway loaned him $25. The second favor was that Evans was afraid his photographs might be confiscated by the government when he attempted to return. He wanted to be sure that some of them made it back. So he gave Hemingway the photographs in this collection to take back with him to Florida for safekeeping, just in case.

Years later, Hemingway and Evans would each recall the time they spent together in Havana. However, they would never meet again.

This collection of 46 Evans photographs is remarkable, both for their unusual and significant provenance, and for their being among the earliest copies of these photographs. They were printed in Cuba contemporary with the time they were taken. Nonetheless, they were essentially forgotten for years. Evans was able to get his photographs and negatives out of Cuba a week later and had no need to reclaim the copies he gave Hemingway. They went into storage. They probably remained in Key West, where Hemingway kept boxes of personal items in a bar, for the remainder of his life. After he died in 1961, his fourth and final wife, Mary, came to Key West and took back papers and other items she deemed important to New York. They are now housed in the John F. Kennedy Library. Other items she left with Toby and Betty Bruce. Toby Bruce was a handyman, chauffeur, and all-around helper of Hemingway for many years. He was a logical person to whom to give Hemingway artifacts she did not want. Among those were the Evans photographs, that she probably did not recognize or think were significant.

Toby Bruce died in 1984. The collection passed to his children who currently own the photographs. They were displayed in several exhibitions from 2004-2008.

The collection is offered by De Wolfe & Wood - 207-490-5572, dewolfeandwood@roadrunner.com, and Michael Brown Rare Books - 215-387-9808, michaelbrownrarebooks@gmail.com. You can learn more about this collection at the following link: mbamericana.com/walker-evans-ernest-hemingway-havana-cuba-1933-0. Price on request.