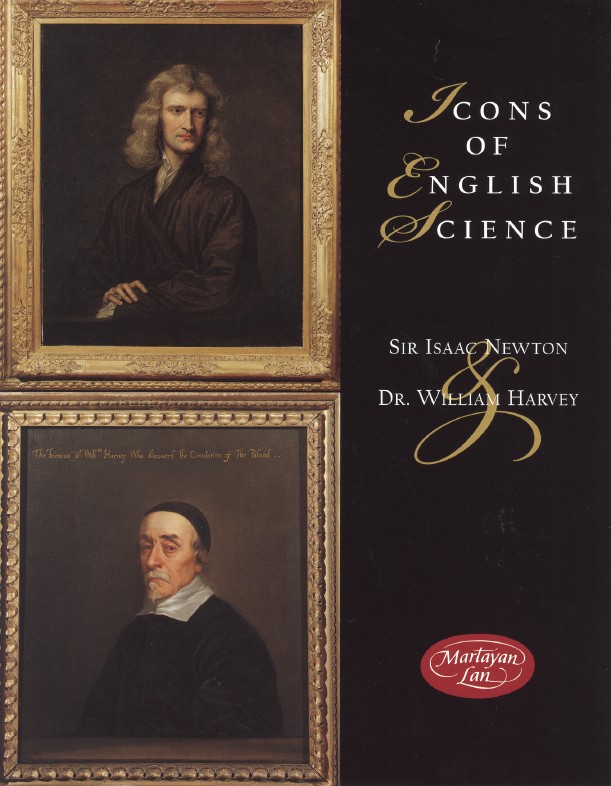 This is a most unusual catalogue review for us. Usually, we describe catalogues full of books, and if not books, they offer manuscripts, periodicals, autographs or maps. This review is of a printing received from Martayan Lan, one of the premier map sellers in America. However, this is not a map catalogue. It is, rather, a brief pamphlet, and it contains but two items. That's all, and neither of them are maps, books, or similar printed or manuscript material. No, they are portraits. Two portraits, and nothing else.

Still, we think they are worthy of attention. These portraits are of two great scientists, one perhaps the greatest of all, the other, an important figure in the development of medical science. Each is also a famed author, and their works can command substantial to astronomical prices. The first is Sir Isaac Newton, perhaps the greatest of scientists, noted for his studies of gravity, motion, optics, mathematics, and probably just about everything else. The second is Dr. William Harvey, the British physician who discovered the workings of the human circulatory system.

If the quantity of items in this publication is small, the total price of them is not - $330,000. Or, to put it another way, $165,000 each. However, these are no ordinary portraits, any more than they are of ordinary subjects. Each is a contemporary painting, commissioned during their subjects' lives. They are as close as we will ever come to meeting the great men themselves. Naturally, these portraits are not for everyone, as their prices attest. However, for those in a position to afford a collection of the books these men published, a contemporary portrait may be just the finishing touch. These portraits will add a touch of humanity to these superhuman men.

The Newton portrait was painted by Sir Godfrey Kneller. Kneller was the premier portrait painter of his day, having painted British royalty and just about everyone else of great importance. It pictures Newton at the age of 47, two years after the publication of his famed Principia Mathematica. This is evidently Kneller's third rendition of what is known as the "Portsmouth" portrait of Newton, originally painted in 1689. This rendition was probably painted around 1698.

The Harvey portrait was painted by Sir Peter Lely, the top British portraitist prior to the arrival of Kneller from Holland. This painting depicts Harvey around the age of 70, about 1650. It was likely commissioned by his family, and remained with his descendents until recently. A gold-lettered inscription, probably from the first part of the 18th century, has been written across the top: "The Famous Dr. Willm Harvey Who discovered The Circulation of The Blood."