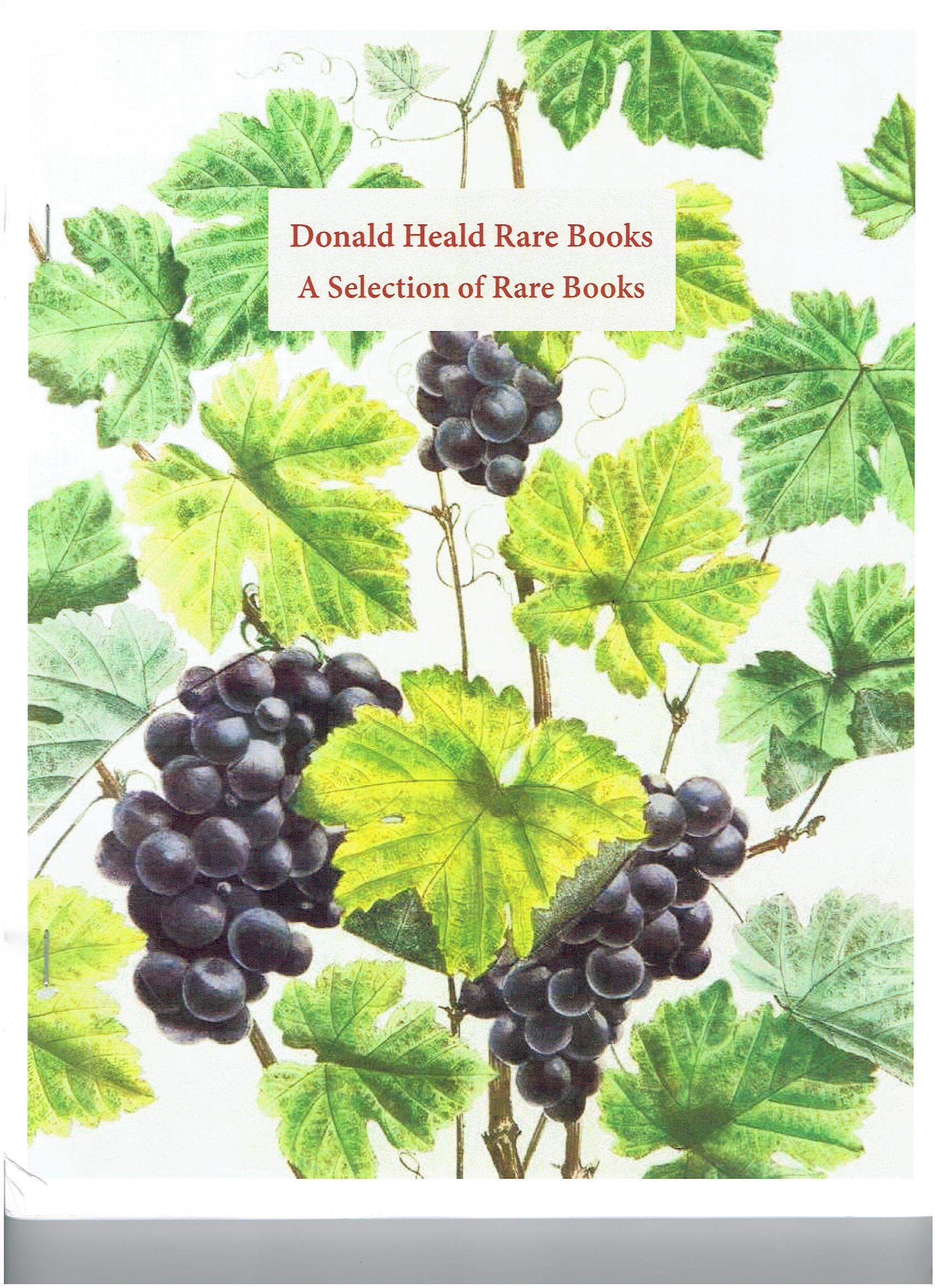 A Selection of Rare Books.

Donald Heald Rare Books recently offered A Selection of Rare Books in conjunction with the California Antiquarian Book Fair held last month. The catalogue is divided into four sections: Americana, Travel and Voyages, Natural History, and Miscellany. The New York bookseller focuses on the highest tier of material. Those who collect at this level will not be disappointed. Here are a few examples of what can be found.

Here is a book from which legends are made, quite literally. Billy the Kid would likely have been little more than a minor, regional celebrity in New Mexico, long ago forgotten by time. Billy resided somewhere on the line between violent punk and defender of his friends and the downtrodden. He was probably some of each. He was a thief, a petty criminal who was not unwilling to kill people if necessary. However, he was loyal to those who befriended him, or hired him for protection. He was also sympathetic to people at the bottom of the economic ladder, including ethnic Mexicans, with intense dislike for the wealthy and powerful who took advantage of them. He killed a bunch of people, but would have died an obscure death were it not for this biography, written by, of all people, the man who killed him: The Authentic Life of Billy the Kid, the Noted Desperado of the Southwest, whose deeds of daring and blood made his name a terror in New Mexico, Arizona and Northern Mexico. That title is a bit of an exaggeration, but Billy's killer and the author this book, Sheriff Pat Garrett, had good reason to embellish Billy's reputation. The more fearsome Billy was made to sound, the more heroic Garrett would appear for killing him. Never mind the fact that Garrett shot Billy in a darkened bedroom, unaware of what was happening and probably not armed. Since the Kid had killed a couple of jailers in a prison escape a short time earlier, having been in jail for killing a couple men in the first place, Garrett succeeded in making a hero of himself. However, that reputation faded. Garrett quit his job as Sheriff and went into some land and business ventures. He wasn't very successful, Garrett being an ornery sort better suited for losing friends than making them. President Theodore Roosevelt appointed him Customs Inspector for El Paso, undoubtedly because of his legend, but did not reappoint him the next time around. Meanwhile, the defender of the downtrodden part of Billy's reputation grew, while the punk part faded. Garrett would himself be shot in a land dispute in 1908, likely an arranged assassination with his killer still unclear. There was no outpouring of grief. This book was published in 1882, the year after Billy the Kid was killed. Item 13. Priced at $35,000.

Next we have an important book by Francesco Redi, a 17th century Italian physician, biologist, and naturalist. His book is entitled Esperienze intorno alla generazione degl'insetti (experiences concerning the generation of insects). This is a 1674 third edition (first published in 1668). Redi turned his microscope to insects, and in the process made a major discovery which disproved a commonly held belief that violated all laws of science. In effect, he confirmed science. The common belief at the time was that insects were just spontaneously generated, a theory handed down since Aristotle's day. The reason for the belief was that their eggs were too small to see. Maggots were an example of this theory of spontaneous generation. However, with his microscope, Redi was able to see that they were hatched from flies' eggs. Item 76. $2,200.

Robert Cavelier de La Salle was one of the most notable of French explorers in America. He traveled from Canada into the heartland of America, the Mississippi River territory, claiming it for France. He named it "Louisiana" for King Louis XIV. However, La Salle did not write the account of his last journey. That was left to his aide, Henri Joutel, after La Salle was killed by one of his own men. La Salle's mission was to establish a French base at the mouth of the Mississippi River. He overshot his mark, though that may have been intentional. He ended up in Texas, though it may be that French authorities wanted to claim more land, including that controlled by Spain. Whatever the reason, after a couple of years without expected reinforcements, La Salle decided it was time to leave. He waited too long for some of his men and was killed while still in Texas. It was left to Joutel, who made the journey up the Mississippi and back to Canada, to prepare A Journal of the Last Voyage perform'd by Monsr. de La Sale, to the Gulph of Mexico, to find out the mouth of the Missipi River... This is the first edition in English, published in 1714. Item 16. $12,500.

There are lots of great, beautifully illustrated bird books, and you can find some of them, such as Audubon, Gould, and Lewis, in this catalogue. How many such illustrated turtle books are there? Not so many, but here is one, and it is quite uncommon: Tortoises, Terrapins and Turtles. Drawn from Life. The illustrations were by James Sowerby, lithographed by Edward Lear, with text added by James Gray. It was published in 1872 by bookselling firm Henry Sotheran. The book has a long and winding history. Sixty illustrations originally were created for Thomas Bell's serially published Monograph of the Testudinata (1836-1842). However, the publisher failed and the series was discontinued after just 40 of the plates had been published. Years later, Sotheran purchased the unused plates and issued this book with all 60. Fifty-seven were hand-colored. Gray explains in the preface that he was called on to write some text as Bell would not provide the text for the unpublished plates. Item 78. $27,500.

Here is an unusual item, not a book or work on paper, though a potential for a work on paper. Item 100 is Wedgwood's Patent Manifold Writer...for Copying Letters, Invoices &c. in Duplicate and Triplicate. This is how people made copies in the 19th century, before copiers and scanners. It was invented by Ralph Wedgwood of the Wedgwood family better known for china and pottery. This set includes the writer, regular and carbon paper. It worked by layering the papers. On top was a thin sheet of tissue paper. Under it was carbon paper, followed by a sheet of regular paper. Presumably, extra copies could be made by adding layers, if you pressed down firmly enough while writing. A steel pen (included) with no ink was used for writing. When the user wrote, the carbon paper would leave an impression on the bottom paper, which is what would be sent to the recipient. The carbon paper would also leave an imprint on the top layer, the tissue paper, as a retained copy. Of course, the ink on the upper paper would be in reverse. However, it was not necessary to use a mirror to read this paper. This was the reason for using thin tissue paper. You could read right through it. $3,800.