The Sixteenth and Seventeenth Centuries from Antiquates Ltd. 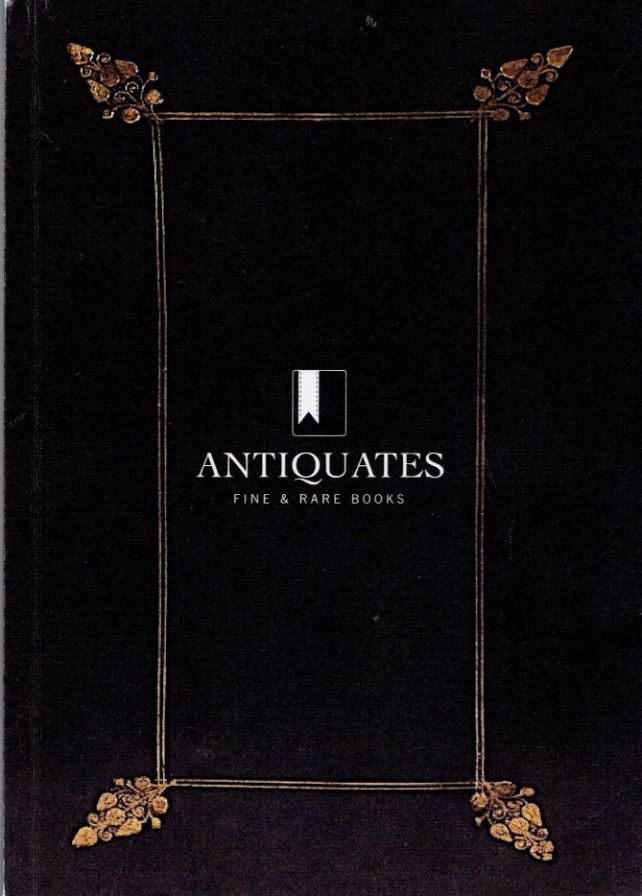 Antiquates Fine & Rare Books is offering a catalogue highlighting The Sixteenth and Seventeenth Centuries. This is seriously old stuff, mostly from England. The English were always fighting each other over something (along with fighting the rest of Europe – how did they manage it?). There are satires, political tracts, some plays, science, medicine, and lots of theology. I don't think they were that much more devout than we are today. Theology was often the means of skewering your opponents, or at least, deciding who it was you didn't like. This may not sound like the stuff of healthy living, but in the days before technology, there wasn't much to do but argue with your neighbor. The English were good at it. Here are a few items from this fascinating look at times 300-500 years ago.

If old folks complain about this generation not being sufficiently religious and moral, you can be sure their parents thought the same of them. Here is a work dating to 1667 which claimed religious values were already sinking fast: The Causes of the Decay of Christian Piety. The writer was Richard Allestree. He had been chaplain to the king and held various high university positions by this time. He was not some sort of fanatic, but a man highly respected and moderate in his views for his time. Still, the decay he was witnessing would likely be seen as quaint today, even by our older generations. Item 2. Priced at £950 (British pounds, or about $1,188 U.S. dollars).

Andrew Marvell was a writer, poet, politician, and generally incorruptible man of strong opinions. He was also a great friend of John Milton and may have saved the anti-monarchical poet's life after the Restoration. Marvell served in Parliament at various times through the Restoration until his death in 1678, so he knew his colleagues well. He was not impressed. Item 80 is Flagellum Parliamentarium: Being Sarcastic Notices of Nearly Two Hundred Members of the First Parliament After the Restoration. A.D. 1661 to A.D. 1678. This edition was published in 1827, and contains a different (and more inflammatory) title than the 1677 original, which was published anonymously and in Amsterdam. It describes the character and motives of 178 MP's. For example, Sir Gilbert Talbot is described as, "The King's Jeweller; a great cheat at bowls and cards, not born to a shilling." £100 (US $125).

Speaking of John Milton, item 83 is a first edition of his Epistolarum Familiarium, published in 1674, the year he died. The title translates to "familiar letters." It is a collection of 31 letters he wrote between 1625 and 1666. Along with being a renown poet, Milton was a strong republican in terms of political beliefs. He went into hiding after the Restoration and was briefly imprisoned despite a general pardon. It was then that influential friends such as Marvell saved him. £350 (US $437).

Here is another satire: Triumphs of Rome over Despised Protestancy. The title itself is satirical. Author and Bishop George Hall despised Catholicism, not Protestantism. This was a time of division between conformists and nonconformists, so this allowed Hall to ridicule those whom both sides despised. Among the targets of Hall are the Church's lists of prohibited books and the Inquisition. This first edition was published in 1667. In 1668, Hall died when he was stabbed by a knife in his pocket after he fell from a terrace in the rectory garden. Item 54. £250 (US $312).

Here is a fun book: The Rule and Exercises of Holy Dying. In which are described the means and instruments of preparing our selves, and others respectively, for a blessed death... by Jeremy Taylor, published in 1651. Not only must we live right, we need to die right too. The book is designed to prepare the Christian for a blessed death. It was intended to be a tribute to the Countess of Carbery, wife of his patron, but she died before it was completed (hopefully in a holy manner). Instead, the book was dedicated to the Earl of Carbery himself. Taylor added a note concerning his own wife who also died prior to publication. This is all way too sad. Item 109. £125 (US $156).

If your recognizing someone's death, holy or otherwise, this book will come in handy. Item 45 is Threnoikos. The House of Mourning; Furnished with Directions for Preparations to Meditations of Consolation at the Houre of Death. Daniel Featley provides some sermons preached at funerals for "divers faithfull servants of Christ." It was published in 1640, and presumably the sermons could be recycled for use today for those who are faithful Christians. £350 (US $437).

There are lots of men who will defend women's rights today, but not so many in 1683. I'm not sure there were any besides James Norris, author of Haec & Hic; or, the Feminine Gender More Worthy than the Masculine, Being a Vindication of that Ingenious and Innocent Sex from the Biting Sarcasms, Bitter Satyrs, and Opprobrious Calumnies, Wherewith They are Daily, Tho Undeservedly; Aspers'd by the Virulent Tongues and Pens of Malevolent Men. That title says it all. As for "haec" and "hic," those are the feminine and masculine Latin words for "this." Published in 1683. Item 87. £3,500 (US $4,377).

In the 17th century, thought was very much scattered and divided as to what causes tides. Thomas Philipot tried to unravel this mystery in A Phylosophical Essay, Treating of the Most Probable Cause of that Grand Mystery of Nature, the Flux & Reflux: or, the Flowing and Ebbing of the Sea, published in 1673. Philipot describes ten theories, which he is able to reject. Some were far-fetched, such as the guidance of an angel, giant earthly lungs, subterranean fires, huge whirlpools, electric like forces, and the movement of the earth. He rejected all of those, along with Kepler's theory that it was caused by the pull of the moon's gravity. Philipot can be forgiven for rejecting that theory as Galileo rejected it too, believing it was a sloshing motion from the earth's spinning. Instead, Philipot attributes it to some sort of salts or spirits in the sea, combined with atmospheric pressure and impressions from the sun and moon. Newton would clear this one up a few years later. This pamphlet is offered within a sammelband of eleven other works. Item 94. £1,250 (US $1,563).