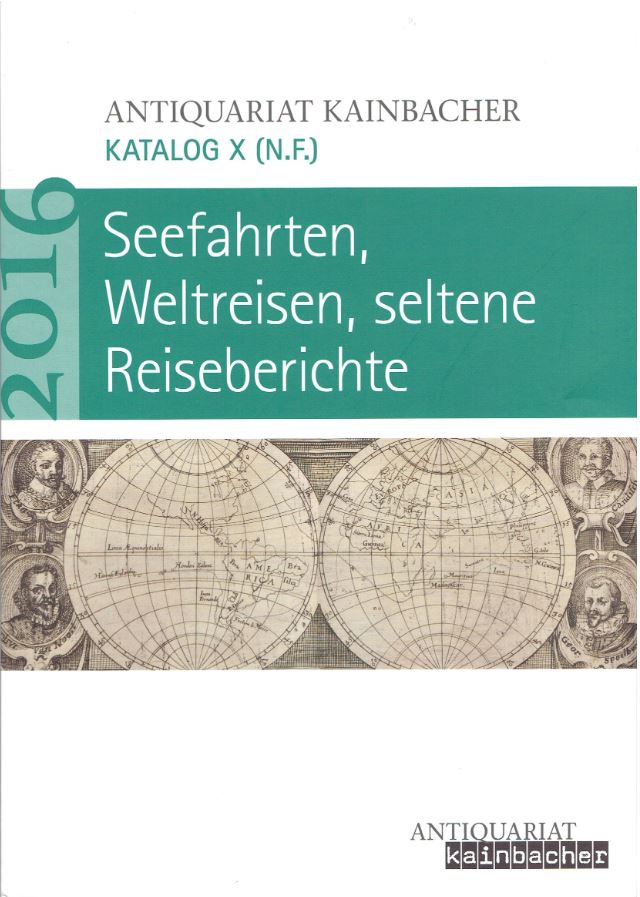 Antiquariat Kainbacher has issued their Katalog X Seefahrten, Weltreisen, seltene Reiseberichte (sea trips, world trips, rare travel reports). It contains numerous accounts of early to old explorations, including many volumes from Livinus Hulsius. The catalogue is written in German, making a description of it a challenge to this writer. Please forgive any misunderstandings. Here is a sample of what can be found, with a focus on Hulsius' books.

Livinus Hulsius was a Dutch bookseller and publisher who published his own works and those of others. Noting the success of Theodor De Bry in publishing accounts of voyages, Hulsius was inspired to try the same. He completed his first volume in 1598, and the set would continue until 26 volumes were completed, the last coming in 1650. Hulsius died in 1606, but his work was continued by his widow and heirs.

His work was derivative, much from De Bry, others from Dutch and other European explorers. Hulsius was not himself a traveler. Still, for the German speaking world, this was the way to learn about far off lands during the Age of Discovery. There are multiple editions of the volumes, though the number varies with each account. There are editions in Latin as well as German. A Hulsius set is rare, more difficult to acquire than De Bry. The bibliography of the John Carter Brown Library from 1866 already says, "it is extremely difficult now to form a complete set." Or, as Sabin said, quoting Stevens a century and a half ago, "Who sets his heart on a perfect Hulsius, let him sit down and count the cost of time and treasure."

Kainbacher does not have a complete set, but they do have eight of these rare volumes. They are...

The second section of Kainbacher's catalogue is entitled "Other Travels," and contains accounts of various other old journeys.