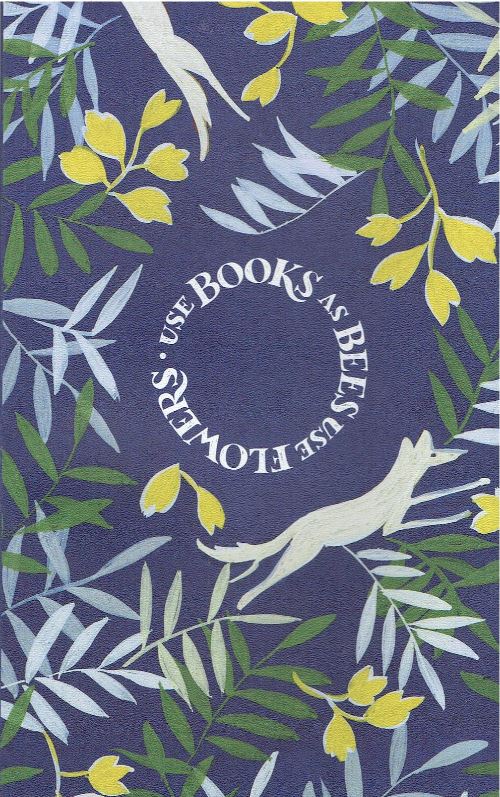 Honey & Wax Booksellers has released their catalogue No. 5. Honey & Wax specializes in.... something. It's hard to explain. There is literature, art, special editions, some serious intellectual material, but then again some books for children. There is even a stained glass window featuring a portrait of John Milton. That requires less effort to appreciate than reading his books. Here are a few samples of the varying works available.

We will begin with the aforementioned Mr. Milton. However, this is not his stained glass window. You will have to get a copy of this catalogue to see that. Rather, it is a copy of Areopagitica. A Speech of Mr. John Milton for the Liberty of Unlicenc'd Printing, to Parliament in England. This was originally published in 1644, long before he sent paradise off to the lost and found. This was during the English Civil War. The despotic Charles I had been sent on the run, Milton a supporter of the revolt. However, the new Parliament put licensing requirements on speech, being a little less liberal to freedom once they achieved power. In this tract, which challenged the law by being printed, rather than just vocally delivered, Milton argues for greater rights to freely print one's thoughts. It would take another 50 years for the licensing law to be repealed. This is not an original edition, but rather one published many years later, in 1904. If a bit on the late side, this is a much finer edition. It came from the Eragny Press of Lucien and Esther Pissaro. Lucien Pissaro was an artist, printmaker, engraver, designer and publisher. Born in Paris, he later moved to London, where the fine press was founded. This is the second issue of the first edition, most of the first having been destroyed in a fire. It was one of a run of 160 copies of this "stunning" edition. Item 20. Priced at $4,800.

Next is the high point of a great career about to fall into a rapid downward spiral. Item 7 is the first trade edition of The Importance of Being Earnest. A Trivial Comedy for Serious People by the Author of Lady Windermere's Fan, published in 1899. The lack of an author's name was not so much a disguise of the fact that the play was written by Oscar Wilde as a recognition that his name had become mud in England, though the play was still as humorous as it was when first presented in 1895. In the interim, Wilde had been prosecuted and imprisoned for two years for indecency involving a homosexual love affair during Victorian times. By 1899, he had been released and went into exile in Paris, never to return home. It was from Paris that he directed this publication of his play in London. $4,500.

Here is one more work from Oscar Wilde, going back to better days in his life. Published in 1881, it is his first collection of poetry, with the descriptive, if not very original title, Poems. Wilde would not achieve his greatest recognition as a writer for his poetry, his plays and fiction being much better received, though he saw himself first as a poet. And, if this book was not a major success, it did sufficiently build his reputation so that he could go on a lucrative speaking tour while awaiting the days of his greater literary calling. Item 8. $4,800.

Another English resident who went off to live in Paris was Anne Margaret Polhill, though her's were not the exigent circumstances under which Wilde made the move. She, her husband and children, went to Paris to live more economically. Went to Paris to live more economically? Things must have been different in the 1820's. While in France, Mrs. Polhill picked up a sketchbook and began drawing what she saw. Item 18 is her sketchbook, 45 pages of drawings, mostly in Paris, from 1828-1830. Most are ink over pencil, eight in ink wash, and two in watercolor. Three additional sketches are laid in. They feature activities of a young family, apartment hunting, walking in the park, children at school, and balls in the evening. Often Paris landmarks can be seen in her sketches. Some are humorous, such as one depicting a man being captured by the tail of a woman's long "boa constrictor" fur wrap, worn around her neck. $4,500.

This book is an unusual cooperative venture of two fashion-conscious, artistic photographers. One was Editta Sherman. She had been a photographer and supporter of the arts, living at Carnegie Hall when that was still possible. She was already 54 years old at the time she agreed to be John Cunningham's model and collaborator in 1968. Cunningham was only 39 at the time, a fashion photographer, later fashion columnist, for the New York Times. Cunningham liked vintage fashions, collecting old women's dress outfits in 1968. Sherman joined him as they scoured such places as secondhand shops, buying old fashions for rummage sale prices. Sherman then agreed to model them. She and Cunningham would go to various landmarks in New York City, and Cunningham would photograph her as if it was still the era in which they were designed. She wore 500 outfits, and he photographed her in 1,800 location from 1968-1976. They then selected 128 of the photographs and he published them in this book in 1978 – Facades. The original photographs are now held by the New York Historical Society. Sherman has inscribed this copy in a strong hand, perhaps somewhat surprising since she was 100 years old at the time. She lived one more year, until 2013. Item 56. $750.