An End of Summer Catalogue from Peter Harrington 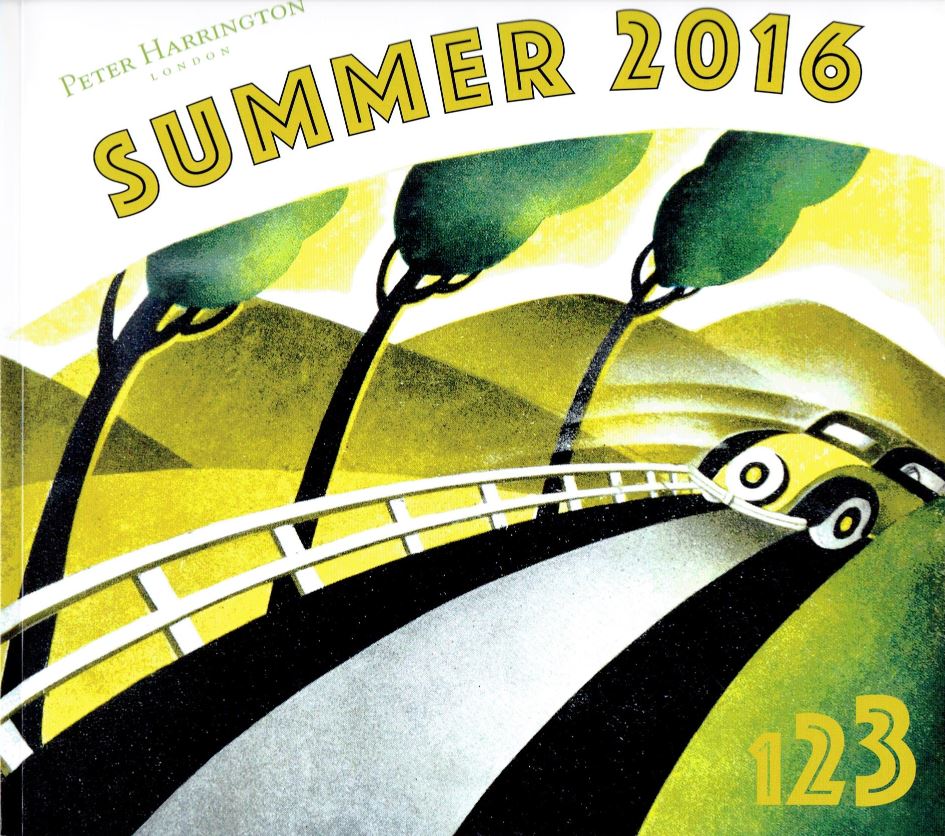 Peter Harrington of London has issued their Catalogue 123 – Summer 2016. Summer is winding down, but the material is just as hot as ever. Harrington offers a wide variety of items, making it hard to describe their catalogues. There is something for everyone, with the common thread being importance and excellence. Here are a few examples from this latest selection.

We begin with a very rare novel from a prolific writer. In fact, Savrola was the only novel Winston Churchill ever wrote. He had other callings. It was published in 1900 while he was still a young man, his political career just beginning. It is a story about revolution and romance in a fictional Mediterranean country. Savrola leads a revolution, overthrows the dictator, captures the heart of his beautiful wife, but his comrades turn on him to save themselves. Many thought Churchill was writing about himself, though he had not yet experienced quite so dramatic events. The book sold okay, but nothing special. But, this copy is a special one, signed in 1916 by Churchill. Books signed by Churchill aren't that rare, but a signed Savrola is. While Churchill didn't disown the novel, he wasn't very fond of it either. He later wrote that he "consistently urged my friends to abstain from reading it." Item 32. Priced at £10,000 (British pounds, or roughly $13,171 US dollars).

This is certainly not Charles Darwin's best known book. Published in 1872, more than a decade after his Origins, Darwin tackles a more complicated subject – The Expression of Emotions in Man and Animals. This is something of a psychological book, as Darwin uses many observations and photographs of primarily human expressions, and describes the connection between them and underlying emotions. Some he finds universal among humans in all cultures, others not so. He also observes expressions of emotion by animals, perhaps less obvious and extensive, but still there. While mostly focused on humans, those similarities he found with animals served to bolster his argument for evolution. The evolutionary connection with emotional expressions was particularly telling as many people who reluctantly conceded his theory of evolution still believed that humans were a special creation. Darwin's conclusion that animals displayed similar emotions argued for his belief in a common ancestor. Item 59. £1,250 (US $1,650).

A few decades later, psychological analyses would become much deeper. Sigmund Freud would take us from simple emotions to The Interpretation of Dreams. Here we get into the libido, Oedipus Complex, and all those other subconscious elements that Freud believed made us the strange creatures we are. This book was first published in German in 1900. This edition, from 1913, was the first one in English, introducing the English-speaking world to Freud's novel concepts. This copy contains the publisher's tipped in label that the sale of the book is "limited to Members of the Medical, Scholastic, Legal, and Clerical professions." This warning was provided so that authorities would not consider the book to be pornography. Item 93. £3,750 (US $4,947).

Next up is a title that became a descriptive noun, for a land with less strife than Freud's subconscious world. Item 128 is Sir Thomas More's Utopia, an account of a fictional land where life is much better than in the real world. It was originally published in 1516, but this edition came much later. Nonetheless, it is a highly desirable one. Published in 1893, this edition came off the fine press of William Morris' Kelmscott Press. Kelmscott retains its reputation today as the most important of all the fine, private presses. It was printed in 300 copies and contains Morris' introduction, which reflects his strong socialistic views. This copy is in particularly good shape as its silk ties, fragile and broken on many copies, are still intact. £5,000 (US $6,602).

Here is an illustration Darwin would have gotten a kick out of when writing his book about human and animal emotional expressions. It is an original drawing by Louis Wain, produced for the 1915 edition of his Louis Wain Annual. Wain specialized in drawing cats, anthropomorphized ones in particular, though others were more accurate representations. The signed drawing was used for a full-page illustration in the Annual captioned Milk Has Gone Up in Price. It displays a cat with a sad face, a teardrop falling from its eye. Item 231. £3,500 (US $4,619).

This is not a book, nor even a work on paper, except for its small round label. Rather, it is a work on plastic. Still, its historical significance is such that it belongs here. It is a record, a very old one, circa 1919. Naturally, it is 78 rpm. It was recorded by Broome Special Phonograph Records of Medford, Massachusetts. It is a recording of Cradle Song, by Clarence Cameron White. The label states it was Broome's third recording and sells for $1.25. Not stated on the label is that Broome would ship it to you for an additional 25 cents. White was a violinist and composer, Cradle Song being an original composition. What is notable about this obscure record is that George W. Broome was an African-American, and his was the first record company promoting African-American musicians, such as Clarence Cameron White. Many had assumed that the legendary Black Swan Records was the first black record label, but that was not founded until 1921. Broome began releasing recordings in 1919. Item 24. £5,000 (US $6,602).