New Acquisitions in Americana from the William Reese Company 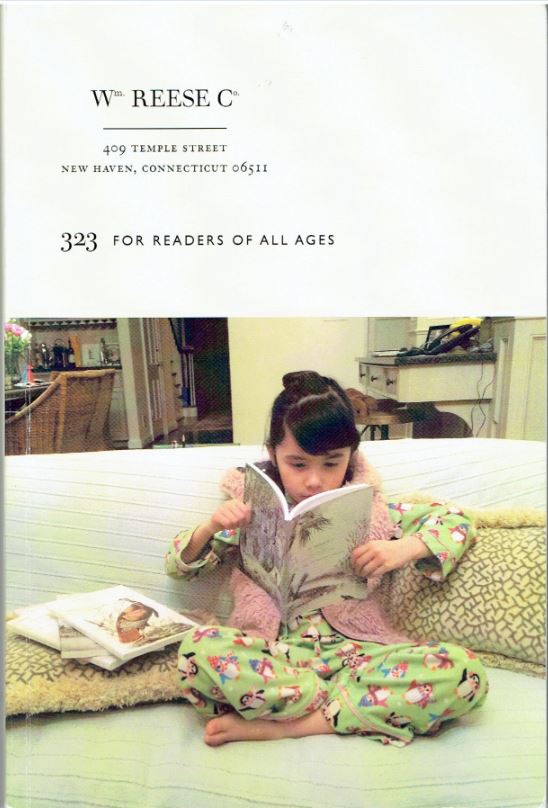 For readers of all ages?

The William Reese Company has issued their catalogue 323. This one comes with the cover title For Readers of All Ages (complete with a picture of a young girl reading a Reese catalogue on the cover), while the name on the title page is Recent Acquisitions in Americana. I figured...American children's books? I'm still not sure, other than this targets children a bit more mature than most I know. Constitutional issues, Indian captivities, slave revolts and the infamous Mandan O-Kee-Pa ceremony for children? Oh well, might as well teach them early. Meanwhile, the older folks in the family will love this catalogue. Here are a few examples.

Copies of the double elephant folio first edition of John James Audubon's Birds of America have sold as high as over $10 million. So how is Reese selling a copy for under $10,000? It turns out that collectors like his illustrations a little more than his text. Audubon is famous for his drawings much more than his writing, but his book about American birds included descriptions as well. However, British law required that books be deposited with nine separate libraries to secure a copyright. The plates for his Birds were very expensive to produce, so to get around the problem, Audubon published the text in five separate volumes from 1831-1839. Item 4 is a set of those volumes, entitled Ornithological Biography, or an Account of the Habits of the Birds of the United States of America. These volumes contain more than just descriptions of the birds Audubon found. He also describes his adventures and anecdotes searching for the birds. He traveled as far south as the Florida Keys and west to the southeastern and border states, and the Mississippi River. Audubon herein recounts his travels. Priced at $9,500.

At the time Audubon was traveling west to paint American birds, George Catlin went west to paint America's native peoples. His journeys took him even farther west, as he traveled into the heartland on the other side of the Mississippi. Catlin was one of a few people who realized western influence would soon change Indian culture forever, so he determined to capture as much as he still could through his paintings. Eventually, he would take his paintings on the road, including Europe, to display American native culture to a world that knew virtually nothing about it. However, in time the show ran its course, and after the U. S. Senate voted against a bill to purchase his paintings, Catlin needed to make a living. So instead, he went off on the road promoting Samuel Colt's firearms. He painted various images of Colt's guns in use, both in North and South America. Six of these paintings were turned into lithographs, though apparently very few were made. Item 25 is one of those lithographs, circa 1855-1860, titled Catlin the Celebrated Indian Traveller and Artist, Firing his Colt's Repeating Rifle Before a Tribe of Carib Indians in South America. $13,500.

This next item proves that it isn't necessary to say a lot of words to have a major impact (it also proves you can say a lot of words and still not have a major impact). Item 97 is the first printing in book form of Abraham Lincoln's Gettysburg Address. It comes with the title An Oration Delivered on the Battlefield of Gettysburg (November 19, 1863). The major oration that day was not Lincoln's. It was delivered by Edward Everett, former Senator from Massachusetts who was renown as the greatest orator of the day. It lasted almost two hours, comparing Gettysburg to various battles ranging as far back as Antiquity. Lincoln followed with his brief comments. This first book with his speech, following only a pamphlet edition known in just three copies, features Everett's speech. Lincoln's begins on page 40. Everett realized immediately that Lincoln's concise address was far better than his own, but it took others a little while longer to realize that Lincoln's words were momentous. $32,500.

Item 162 was every white slave owner's nightmare, filled with drama to magnify those fears: Authentic and Impartial Narrative of the Tragical Scene which was Witnessed in Southampton County (Virginia) on Monday the 22nd of August Last, when Fifty-five of its Inhabitants were Inhumanly Massacred by the Blacks! Published in 1831, it is an account of the Nat Turner Slave Rebellion. Turner was a slave who had learned to read the Bible and became a preacher. He was evidently quite good at it. Turner believed he had been called to lead in the battle between good and evil, and slavery certainly was a great evil. He viewed an eclipse of the sun to be his calling from God, and led a group of slaves and some free blacks on a killing spree of whites in the area. He wanted slave owners to understand that there would be retribution for their sins if they did not stop. Within a few days, the insurrection was put down, and many blacks, including Turner, were put to death. The fearful white community was left with a decision of finding a way to gradually free the slaves, or dig in their heels and be even more intransigent. They chose the latter. This pamphlet, naturally, focuses on the horrors experienced by whites, not the horrors of slavery inflicted upon the blacks. $13,500.

Item 29 offers a contemporary look at the Great Chicago Fire: The Lakeside Memorial of the Burning of Chicago, A. D. 1871, published the following year. It contains essays about the fire that killed several hundred people and laid much of the city to ruin. It also contains photographs. Within the text, there are photographs of locations in the city before the fire. Then there are 12 mounted photographs, evidently taken shortly after the fire. They record the destruction in ways words cannot. $4,000.