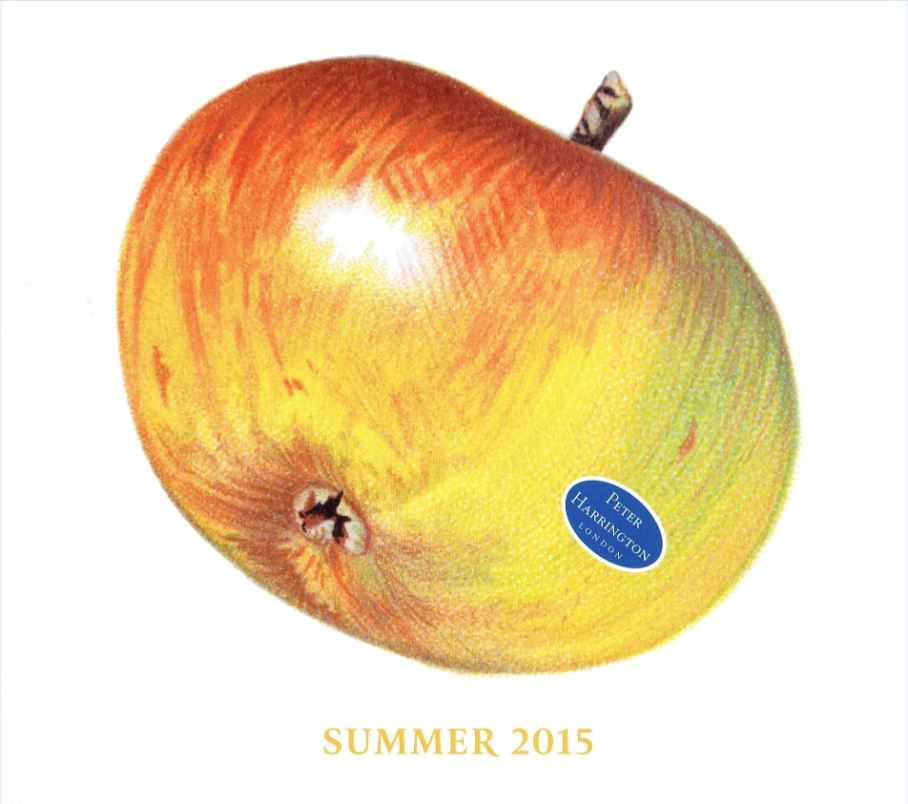 Peter Harrington of London has issued Catalogue 110 Summer 2015. These catalogues are impossible to describe because they contain such a wide variety of material. Suffice it to say it is all good. We will also note that despite Harrington's English location, this catalogue is filled with items that will appeal to American collectors. Lincoln, Twain, Disney, Hawthorne, Catlin and the like appear in these pages with many famed British names. There is something for everyone familiar with the English language. Here are a few samples.

We begin with a man ahead of his time, John Stuart Mill. Mill was a strong proponent of personal liberty, though with the caveat one could not harm others. One class of people, indeed half the population, that was treated as second class citizens when this book was published in 1869 was women. Mill believed women should have equal rights with men, including the right to vote. He believed one sex subjugating the other was in itself wrong. To the claims that women were happy in their current role, he replied that if so, once they experienced equal rights they would never go back. His treatise on the subject is entitled The Subjection of Women, and it made Mill a hero of the women's movement. Item 147. Priced at £2,500 (British pounds or about $3,900 U.S. dollars).

Item 16 is a 1909 poster that was targeted to a very specific audience. The poster is headed Champion of the World Jack Johnson. Johnson was the first, and until Joe Louis, the only black heavyweight boxing champion. Racism was overwhelming in America of the era, and Johnson could not get a title fight as champion Jim Jeffries refused to fight him. After Jeffries retired, new champion Canadian Tommy Burns was willing to take on all kinds of people, and agreed to fight Johnson. Johnson won handily, to the dismay of whites everywhere. Jeffries later came out of retirement in an attempt to take the crown away from Johnson, but he was no match either. While despised by whites, Johnson was the idol of African-Americans, who admired both his boxing skills and his unwillingness to play the demeaning role blacks were expected to play in his day. Along with a portrait of Johnson in his fighter's pose, there is a picture of the log cabin in which Johnson was born, and one of him at the wheel of his automobile. His car was a symbol of his achievement as few whites had cars in 1909. This poster was obviously meant to hang in some club or other establishment frequented by African Americans, as it would not have been well received anywhere that catered to a white audience. £2,500 (US $3,900).

Next is a biography of that charming couple, Bonnie and Clyde: Fugitives. The Story of Clyde Barrow and Bonnie Parker. As told by Bonnie's Mother and Clyde's Sister. Mom and Sis rushed this book out only a couple of months after federal agents ended the duo's run of crime in a hail of gunfire. Bonnie and Clyde had some seriously bad press by that time. Killing and robbing can do this to your image, although the notorious pair worked to create a daring persona. The family tried to create some semblance of respectability through their recollections and letters they received, while acknowledging Bonnie and Clyde were not perfect children. Published in 1934. Item 15. £500 (US $780).

Item 157 is an original handbill, along with a one-of-a-kind mounted enlargement of it, from an ugly time in recent American history. It was published by the Citizens' Council of Greater New Orleans. The Citizens' Council, also commonly known as the White Citizens' Council, was a white supremacist, primarily southern segregationist organization formed after the Supreme Court decision ordering integration of the schools. It began in Mississippi in 1954 but soon spread to many chapters throughout the South. This notice has a brief, clear message: Notice! Stop. Help Save the Youth of America. Don't Buy Negro Records. (If you don't want to serve negroes in your place of business, then do not have negro records on your juke box or listen to negro records on the radio.) The screaming, idiotic words, and savage music of these records are undermining the morals of our white youth in America. After years of songs recorded by black musicians being covered and made popular by bland white performers, during the 1950's, white youth rebelled and began buying music recorded by black musicians. This did not go over well with this racist organization, which would have left us to listen to Pat Boone for eternity. The Rock and Roll Hall of Fame Museum has dated this piece to 1956, but that cannot be as the Citizens' Council address includes a zip code. Zip codes weren't introduced until 1963, most likely dating this to the even more tumultuous 1960's where barriers were broken down in the South behind heavy protests and federal intervention. £3,750 (US $5,853).

Item 165 is a very early Guide to Central Park. With a map of the proposed improvements. This is New York's famous Central Park, and this guide was published in 1859, just two years after the park opened. The guide shows how to see the park by various modes of transportation, provides park regulations, and describes the many features that had already been opened. However, it would not be until 1870 that most of the features of the park would be completed. The guide includes a fold-out map of the park. £2,250 (US $3,513).

And finally, here is an additional note. Peter Harrington will be putting everything on sale starting August 1 - 10% off!