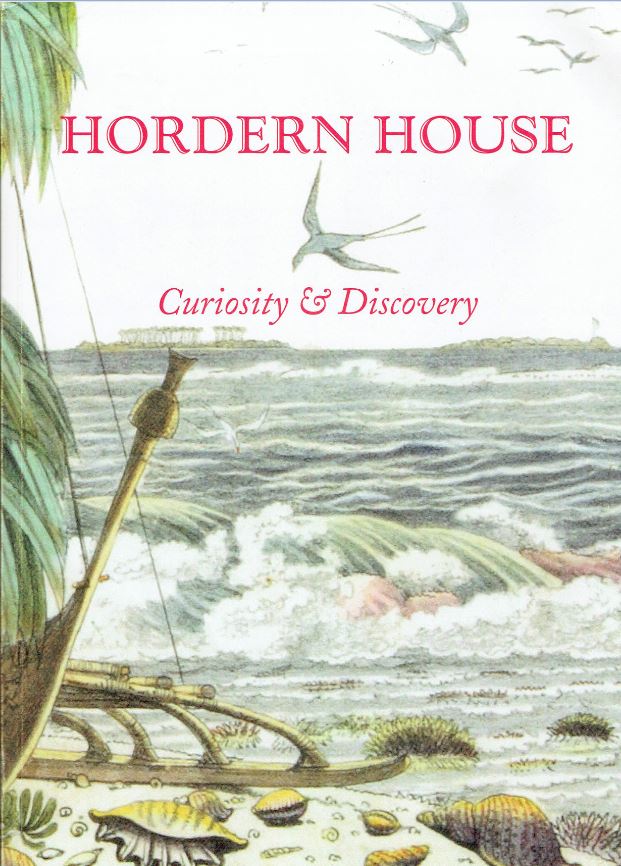 Hordern House has released a catalogue of Curiosity & Discovery. The Australian bookseller has taken this name from the description used for exploration during the Enlightenment. They have broken down the eras of travel and exploration to the Age of Discovery and the Enlightenment. The dates of these are rough approximations, and the periods overlap, but the Age of Discovery runs from the time of Columbus through the 17th century. The Enlightenment carries on from the beginning of the 18th century until the middle of the 19th.

The Age of Discovery was more focused on travels to the west and north. This was the period of discovery of the New World, now known as America. During the Enlightenment, exploration was more east and south. It brought Europeans to East Asia, the Pacific Islands, and, of course, Australia. It also brought explorers to the far south, and once and for all busted the myth that there was a gigantic southern continent, far bigger than Antarctica. This also was the period of discovery along the west coast of North America, which fit in more with Pacific than New World exploration. Here are a few samples of the 181 items related to the explorations primarily from the 18th and first half of the 19th century.

We will begin with an item related to the most famous of all Pacific explorers, Captain James Cook. However, we will skip past the official accounts of his three voyages and the various unofficial accounts by crewmen that were rushed out to beat Cook's report. Instead, we will focus on one known for its visuals: Views of the South Seas, from drawings by the late James Webber, draftsman on board the Resolution... Rather than a rushed publication, this was the last of the great Cook publications. Hordern House describes it as “the most beautiful English colour-plate book of the Pacific, the only colour-plate book relating to Cook's voyages...” Webber was a draftsman on the last of Cook's three voyages. The book is dated 1808, which is almost three decades later than the end of the journey on which Cook lost his life. Webber had created the images about a decade after the voyage, but he had died before the book was published, explaining why he is listed as “James” Webber when his name was John. However, the watermarks on the plates indicate the plates were printed (as needed) a decade later, which is often the case with this book, though the text pages were all printed together. The work contains 16 beautiful, hand-colored plates and 15 pages of text. Item 65. Priced at AU $78,500 (Australian dollars, or roughly $61,950 in U.S. dollars).

Here is the most important Cook work not specifically about his voyages. The title is A Discourse upon some late improvements of the Means of Preserving the Health of Mariners. The talk was given at the Royal Society in 1776, and though Cook prepared the information, it was presented by Sir John Pringle. Pringle was the society's president, and Cook asked him to give the presentation as he was off on his third expedition by the time of the meeting. Cook had discovered that the scourge of long-distance seafarers, scurvy, could be prevented through diet, notably malt juice and pickled cabbage. What was missing from the sailors' diet was vitamin C, but certain foods, including fruits such as limes, will prevent the dangerous illness from arising. Item 67. AU $44,500 (US $35,133).

What Cook was to England, Jean Francois de la Perouse was to France. Indeed, la Perouse followed in Cook's footsteps and was a great admirer of his predecessor. In 1785, he set out on his great voyage. The trip took him to South and North America. He went as far north as Alaska, but also visited San Francisco and California, the first notable visit by a non-Spanish explorer since Drake. He went on to hit many Asian lands, including Russia, China, Japan, Korea, and the Philippines. In 1788, he pulled into Botany Bay in Australia. While the French and British rarely got along, when they were far removed from their homelands, the visits were friendly. The British even cooperated in sending his reports back to his homeland, which would prove essential for this next book. The visit over, la Perouse sailed east and was never heard from again. It was a great mystery, and despite several search attempts, his ships could not be found. It was not until four decades later that wreckage, and reports from the natives on the isolated island of Vanikoro in today's Vanuatu, revealed their tragic fate. The reports he sent back were compiled in this four volume set published in 1797: Voyage de la Pérouse autour du Monde... Item 123. AU $38,000 (US $30,017).

We now know what happened to la Perouse, but in the 40 years his fate was unknown, many speculated about what happened. There were even plays and books, some not exactly serious theories. Here is one such account, by the playwright August von Kotzebue: La Perouse. A Drama, in Two Acts, published in 1799. In this play, la Perouse is found on an isolated island eight years later, with a lovely young lady who had become his wife. This is a complication as la Perouse already had a wife. Somehow, after some distress, the three get together and live as brothers and sisters. Oddly, one of von Kotzebue's sons, Otto, would go on to be a notable explorer himself, a German who sailed for Russia, achieving three circumnavigations on behalf of his adopted country. Item 127. AU $2,200. (US $1,739).

The most famous mutiny at sea was that on the Bounty, captained by Capt. William Bligh. A part of Bligh's crew decided life in Tahiti was better than on board a cramped ship and forced the Captain and those loyal to him off on a small boat. Bligh then guided his small boat thousands of miles to eventual rescue. Not as well remembered is what Bligh's rather pedestrian mission was in the first place. It was to transport some breadfruit trees from the Pacific to the Caribbean, the fruit to be employed in feeding the slaves. Bligh was persistent, and a few years later reprised his original mission, this time to better results. When he returned to England, his friend, George Keate, published this poetic tribute to the Captain: To Captain Bligh, on his Return to England in 1793, after having in so successful a manner executed the Commission intrusted in his Care... However, the slaves did not like breadfruit and refused to eat it, defeating the mission's purpose. This four-page tribute is a great rarity. Item 19. AU $75,000 (US $59,321).

Gerald Fitzgerald published this work considering an issue that rarely occurred to most western visitors of far off lands: The Injured Islanders; or, The Influence of Art upon the Happiness of Nature. Published in 1779, Fitzgerald's poem considers the damage westerners had inflicted on the residents of far off islands. He discusses both the issue of diseases the Europeans brought with them and the effects of cultural change, where the islanders find they can no longer enjoy their simpler lifestyle after, so to speak, seeing the city. Item 94. $12,250.