The Black Art from the Veatchs Arts of the Book 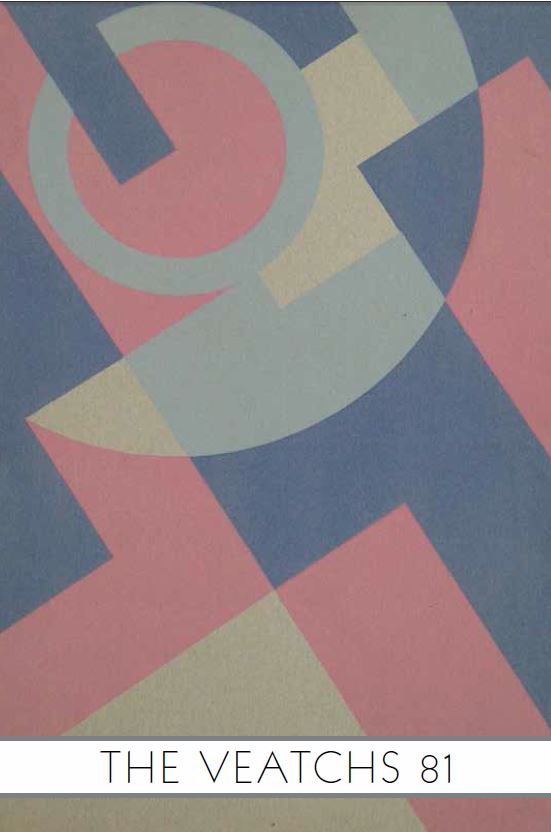 The Veatchs Arts of the Book has issued their 81st catalogue, this one titled The Black Art (And Some Color). That parenthetical aside is helpful. Otherwise we might interpret that title more ominously. It has to do with printing, and much of what we see here is printed in black or with other individual colors, rather than the mix that creates what we normally think of as four-color printing. Perhaps you may think black and white not quite so artistic, but tell that to people such as Ansel Adams. Black and white can be as stunning as any colors, provided it has come from the hands of an artist. These books have, for they represent the arts of the book. Here are a few samples.

The natural place to start a review is with the letters that start all books. Item 42 is Decorative Initial Letters, by Alfred Johnson. It was published by Cresset Press in 1931, but is one of 500 copies printed at the Curwen Press. It depicts initial letters from books printed from the 15th through the 20th centuries. A page of descriptive text faces the images of the letters. Priced at $285.

Next up is an item that employed an unusual and difficult printing process, the result being that it was essentially only used during a brief period in the mid-19th century. Item 5 is Die Entdeckung Des Naturselbstdruckes Oder Die Erfindungen... by Alois Auer, published in Vienna in 1854. Auer used what is known as nature printing, where an object, frequently plant material, is used to directly create images on a plate, from which those images are printed. Auer wasn't the first to print directly from an object, but developed a technique using plates that was superior to previous attempts. This book contains 40 nature printed images, including flowering plants, a fossil fish skeleton, a snake skin, bat wing, leaves, a fern, mosses, algae, wood grain, and minerals. The Veatchs have translated the complete, descriptive title as “The Discovery of the Natural Printing-Process, an Invention for creating by means of the Original itself—in a swift and simple manner—plates for printing copies...containing the most delicate profundities or elevations as not to be detected by the human eye.” Auer would end up in disputes with others who further developed the nature printing process, notably Englishman Henry Bradbury, who failed to give him credit. Bradbury, who did some excellent nature printing of ferns, became so depressed from the dispute he killed himself, effectively taking the nature printing process with him. $4,900.

Item 60 is The Estiennes, a Biographical Essay...Illustrated with Original Leaves from Books printed by the Three Greatest members of that Distinguished Family by Mark Pattison. It was published by the Book Club of California in 1949. The Estiennes were a family of printers and booksellers active mostly in the 16th century. While some siblings and a fourth generation continued their work, the primary three members were founder Henri, son Robert, and grandson, also Henri. Leaves from each of the three generations' books are included. This is one of 390 copies printed at the Grabhorn Press. $250.

Speaking of the Grabhorn Press, here is one of their works, published in 1930: The Subtyl Historyes and Fables of Esope. Translated out of the Frensshe into Englysshe by William Caxton. Mr. Caxton spelled things differently than we do today. This is copy number 22 of 25 special copies (there were 175 regular copies). It contains hand-drawn initials and illumination not present in the regular, fully printed copies. Item 29. $2,200.

Here is one more connection to the legendary Grabhorn Press. In 1965, the Grabhorn Press closed when older brother Edward Grabhorn retired. Younger brother Robert went into partnership with the much younger Andrew Hoyem to form the Grabhorn-Hoyem Press. Much of the Grabhorn type and equipment was brought to the new enterprise. Robert Grabhorn died in 1973, and Hoyem renamed the firm Arion Press. Item 30 is A Commonplace Book of Cookery. It was compiled from Robert Grabhorn's personal collection of books about food and drink. This was the second book from the Arion Press, published in 1975. $325.

Next we turn to other presses, the physical ones. Item 15 is a collection of 10 wood engravings of hand printing presses, broadsides created from 1982-1992. The artist is the noted second half of the 20th century wood engraver John DePol. They were printed in limited runs of 40 to 150 copies. Item 15. $325.