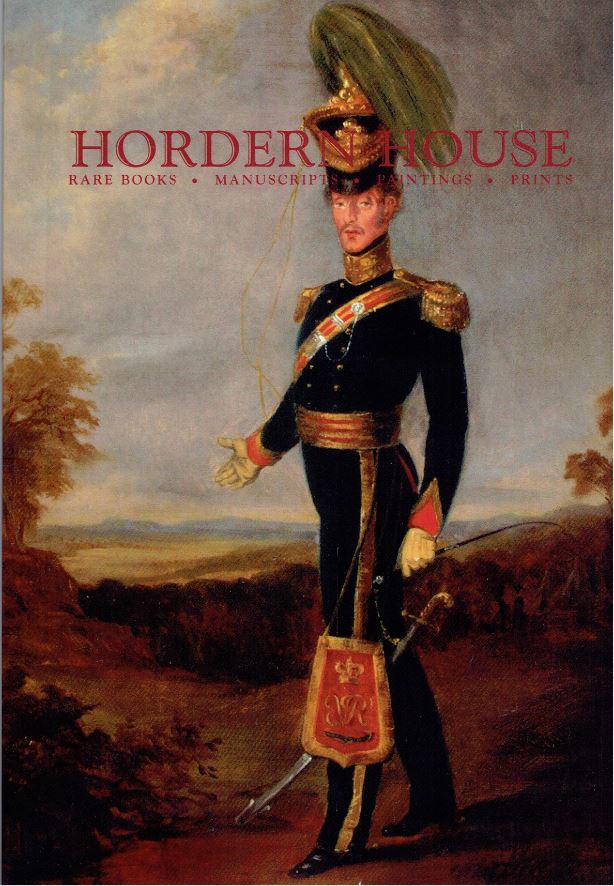 Hordern House has prepared a catalogue of European Discovery 1538-1843. We will try our best to refrain from using the shorthand “Euro Disco” to describe this catalogue. Europeans “discovered” most of the rest of the world during this period, but Hordern House focuses on the Pacific, and Australia and surrounding islands in particular. For most of this period, little was known about this distant land, even its very existence unclear. Abel Tasman provided a glimpse in the 17th century, and James Cook would have a closer look in the 18th. It would take the British, and their desire to find someplace to dump the excess of prisoners for which they lacked sufficient space at home, to colonize the land late in the 18th century. Here are a few of the tracts and images Hordern House is offering related to European discovery of Australia and the Pacific.

In 1768, Captain James Cook set off on the first of his three great voyages to the Pacific. The primary purpose was to observe the transit of Venus. Observations of the transit would allow astronomers to estimate the size of the solar system, and it was essential to take advantage of this opportunity as there would not be another such transit for over a century. However, it is more for other observations Cook made that his voyage is best known. Once the transit was over, Cook opened his additional orders, which sent him off to try to find the massive southern continent then believed to exist. Naturally enough, he did not find it, but he did become the first to sail up the east coast of Australia, meet with some natives, and he brought back much in the way of discovery of the natural history of the area. While he was not able to conclusively determine whether there was a southern continent, the absence of any evidence of one proved controversial with those who were convinced one existed. It would take his second voyage to show once and for all this huge continent did not exist. Item 3 is the official account of Cook's first voyage: An Account of the Voyages by order of the Present Majesty for Making Discoveries in the Southern Hemisphere... published in 1773. The author was John Hawkesworth, who compiled the account from Cook's notes. Cook did not have time to write the account himself as he was soon off on his second trip. Priced at AU $22,500 (Australian dollars, or roughly $19,948 U.S. dollars).

Within 20 years of Cook's first observations of Australia's east coast, and a visit to what he called “Botany Bay,” the British would set up a colony there. It was not a typical colony, but a penal colony. Australia became a place where the British could offload the dregs of their society. Perhaps this could be viewed as a positive, as many of those prisoners would likely have been executed if Britain did not find a place to dump them far away. Item 11 is An Historical Narrative of the Discovery of New Holland and New South Wales... published by John Fielding in 1786. Little was known about Australia by most people in Britain in 1786 when it was announced that it would be used as a place to transport prisoners. The accounts of Cook's voyages were out of reach for most Englishmen. Fielding compiled information from Cook and others and quickly printed it, the first book about the area published after the announcement it would become a penal colony. As such, it is the first book of the settlement era. Several editions were published, but all are rare today. This is the first. AU $87,500 (US $77,539).

Thomas Gilbert commanded one of the first ships to bring prisoners to Botany Bay. Once his “cargo” was delivered, he was contacted by the East India Company to pick up a load of tea in China. It became the first trading mission launched from Australia. Gilbert published an account of his voyage in 1789: Voyage from New South Wales to Canton, in the year 1788, with Views of the Islands discovered. Gilbert captained one ship on this journey, while John Marshall a sister ship. The Pacific islands they discovered now bear their names – the Gilbert Islands and the Marshall Islands. Item 16. AU $18,500 (US $16,408).

Once the Australian coast had been charted, and settlements started along the ocean, that left just a little more to be discovered – the entire interior of the continent. John Oxley led the way in interior exploration, in 1820 publishing the first major book on the topic: Journals of Two Expeditions into the Interior of New South Wales. On his first journey, Oxley discovered rivers, numerous botanical specimens, met with native tribes, and covered 1,200 miles. It was a difficult journey, and Oxley ultimately concluded the interior was mostly marsh and not suitable for habitation. In time, deeper penetration of the interior of the entire continent would reveal more deserts than marsh, but even to this day, the vast majority of settlement in Australia remains along the coast. Item 26. AU $9,850 (US $8,740).

Otto von Kottzebue was a German navigator who sailed on behalf of Russia. He had participated in von Krusenstern's first Russian circumnavigation in 1803-1806. In 1815, he embarked as commander of another Russian mission that would circle the globe. Among those who accompanied Kotzebue was artist Louis Choris, only 20 years old. Choris produced many sketches and watercolors on the journey, some of which were used in the official account. However, he created many more, and after their return, went off to Paris to produce finished artwork and publish reproductions. Item 29 is Choris' Voyage Pittorseque Autour du Monde... published in 1822. The spectacular plates include 12 of California, 19 of Hawaii, 23 from Alaska, and 21 of Micronesia. Among the work's subscribers were the Emperor of Russia and the King of France. AU $225,000 (US $199,645).