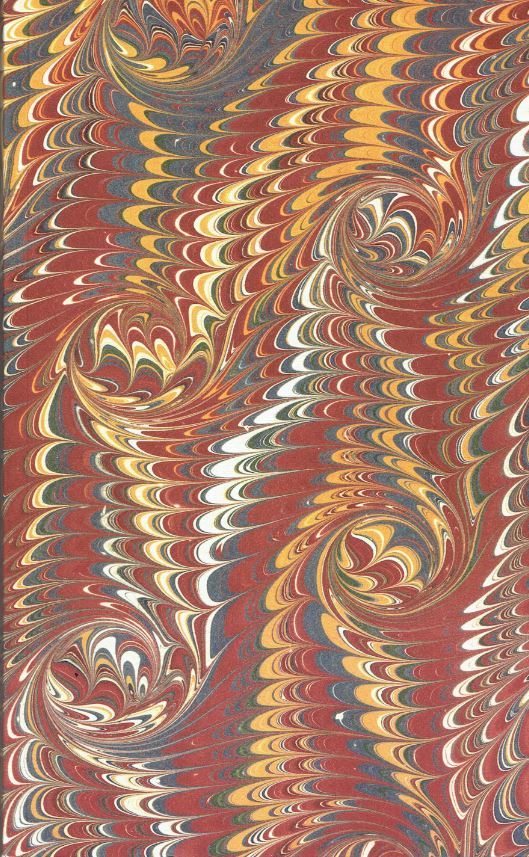 Maggs Bros. Ltd., the venerable London bookseller, is offering a catalogue of Travel and Voyages. It is divided into sections by geographic area, with one exception. The first section is focused on slavery. Sadly, this terrible practice started with voyages, but not of discovery or recreation. They were the terrible journeys to the New World on the notorious slave ships. Many other of these early travels were difficult, sometimes terrible as well, but at least most started from good intentions. Here are a few of the travel related items in this Maggs catalogue of voyages.

We will start with one of the slavery items. By 1823, the tide was turning on slavery. Abolitionists were gaining influence in Britain, but in the colonies, treatment remained harsh, even brutal. In 1823, the slaves of Demerara (now part of Guyana) revolted. There was a certain amount of payback, such as putting masters in stocks as had been done to them, but very little outright violence. Nevertheless, the response of the slave owners, whose means of making money was threatened, was hard. Trials were held, with many slaves executed, others receiving harsh penalties. Rev. John Smith, sent to Demerara by the London Missionary Society, was sentenced to death for his sympathies toward the slaves. His sentence was later overturned, but he died in prison first. Item 4 is Report of the Trials of the Insurgent Negroes Before a General Court Martial Held at Georgetown, Demerara on 25th August 1823... Published in 1824, it is an account of the uprising and the trials of many participants. The treatment of the slaves and the death of Smith fueled anger by abolitionists in England, and within a decade, slavery was outlawed in the British colonies. Item 4. Priced at £3,000 (British pounds, or roughly $4,975 in U.S. currency).

Item 11 is a collection of letters, once used to line a chest, from George Ross of Antigua, dated 1788-89, which show some of the ugliness of slavery. The letters describe slave sales, as well as other matters on Ross' mind. However, the most personal relate to some attacks Ross makes on his assistant. Ross accuses him of stealing, from Ross, another man, and even his own aunt. The crimes, he says, “...would have brought you to an ignominious Death had it happened in any part of either England, Ireland or Scotland.” He goes on to accuse his assistant of improprieties with black women, likely slaves. After Ross' family had gone to bed, he writes, “...you then – (shocking to relate) made use of my young Negro Girl, Jane, in a manner too shameful to comment to Paper!” Ross says this claim was corroborated by another lady, Ritta (supposedly herself a favorite of the assistant), in whose presence you spoilt the other! What a shameful action was this! They moreover complain that at all opportunities (which chiefly offer early in the mornings or near bedtime) you are continually feeling their Nudities...” Welcome to the realities of slavery. £4,750 (US $7,877).

Captain James Cook led three major British voyages. This one was neither the first nor the last, but the middle one may have been the most important. The title of Cook's official account is A Voyage towards the South Pole, and Round the World, published in 1777. Cook visited New Zealand, and discovered or rediscovered a whole host of Pacific Islands on this trip, including Tahiti, Easter Island, the Marquesas, New Hebrides, New Caledonia, and the Society Islands. It was during this trip that he turned south, father south than anyone had ever gone before, and realized that the widely held belief that there existed a massive southern continent was just a myth. It was also on this trip that Cook determined that providing the right diet could prevent what had long been the scourge of sailors – scurvy. This copy contains the plates from Cook's second voyage in a separate atlas, rather than interspersed within the text volumes. As the plates were somewhat larger than the text pages, they have avoided the usual trimming in most copies by being placed in a separate binding. Item 77. £15,000 (US $24,870).

Here is another travel report, though it is notable for less obvious reasons: The Malay Archipelago: The land of the Orang-Utan, and the Bird of Paradise. A Narrative of Travel, with Studies of Man and Nature. The author was Alfred Russell Wallace, and he began his journey around the archipelago in 1854. The islands are divided by distance into two main sections, and Wallace noticed differences and similarities between creatures on the two sides of the divide. The explanation at which he arrived for these differences was evolution, and its means of operation, he concluded, was natural selection. This would not be an earth-shattering conclusion today, but this was before Charles Darwin had published a word about his theory. Darwin had already reached a similar conclusion from his studies in South America, but realizing this would be extremely controversial, decided to keep quiet. However, when Wallace sent Darwin a letter explaining his theory, Darwin realized he could stay quiet no longer. Darwin and Russell published a joint paper explaining their theory, which appeared the year before Darwin published On the Origin of Species. Wallace was an admirer of Darwin, and was untroubled letting him take the lead and most of the credit for what they had independently concluded. Wallace's book on the Malay Archipelago, which led to his evolutionary beliefs, was published in 1869, a decade after his most important discovery was announced. Item 67. £4,000 (US $6,633).

Item 141 is a copy of The New Testament of our Lord and Savior Jesus Christ. Naturally enough, this is not in itself a rare book, but the inscription is what makes the copy interesting. It is inscribed to “Captain Scott, RN on his leaving New Zealand Terra Nova Antarctic Expedition Nov. 1910 – with every wish from A. R. Falconer Sailor's Missionary, Dunedin.” Scott was not a registered nurse. The “RN” pertains to his role with the Royal Navy. Robert Falcon Scott stopped in New Zealand for supplies on his way to a scientific exploring expedition of the Antarctic, one which he hoped would lead to his being the first to reach the South Pole. Unfortunately, Scott needed more than a bible to answer his prayers. He needed better timing. The following winter, he and a few men set out for the Pole, and succeeded in reaching it, only to discover that Norwegian Roald Amundsen had beaten them there by a month. Meanwhile, the weather turned terrible, and they were not as well adapted to polar travel as Amundsen's crew. Scott and those who traveled to the pole with him froze on the return journey. £7,250 (US $12,021).