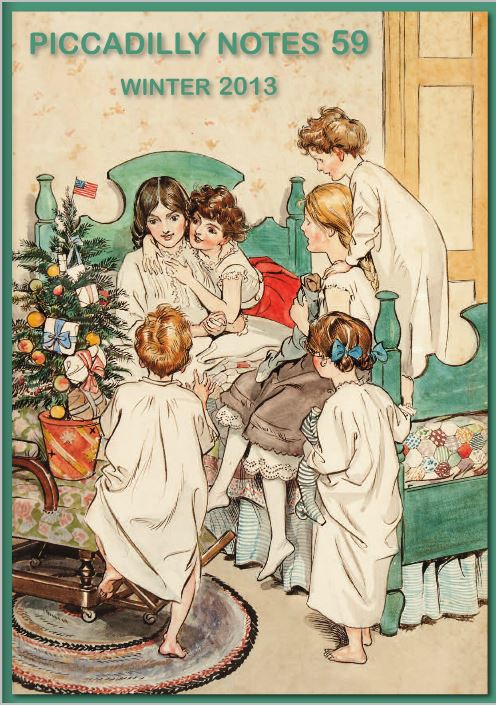 Sotheran's has issued the latest in a long-running catalogue series entitled Piccadilly Notes 59 Winter 2013. They have been issuing Piccadilly Notes for almost a century, but that is a recent development by Sotheran's standards. They have been selling books for two and one-half centuries. These catalogues are a compilation of various types of books, more a miscellany than subject specific. The presentation is thorough with everything well illustrated. These are outstanding catalogues with much of great interest to be found. These are just a few examples.

We start with the first book ever printed. Well...not really. It has been a long time since a copy of anything more than a leaf or two of the Gutenberg Bible has come on the market. It is unimaginable what the price would be if one did, but none of us could afford it. Here is the next best thing. Item 37 is a facsimile edition of the Gutenberg Bible. Published in 1961, it was the first Gutenberg facsimile printed in the United States, and only the second in the world. It was produced from two originals in Germany, one of which is considered by authorities to be the most beautifully illuminated of all copies. The original was completed around 1456, the first printed book ever. It changed the world like few other events. Priced at £3,995 (British pounds, or approximately $6,577 in U.S. dollars).

Here is an interesting combination – a cookbook and medical text. Today one would not expect to see these subjects combined, but in 1741, medicine was not so advanced. Item 15 is The Family Magazine: in Two Parts. Part I. Containing Useful Directions in All the Branches of House-Keeping and Cookery... Part II. Containing a Compendious Body of Physick... You may use Part I if you would like to learn how to prepare some traditional meals. Don't use Part II for anything other than entertainment. Arnold Oxford's bibliography of early English cookbooks says the cookery part is excellent, but the medical book is “full of horrors.” For example, the cure for appendicitis is to “apply a live puppy to the naked belly.” Of course, applying a live puppy won't by itself cure appendicitis, so you should also apply a combination of rotten apples and sheep's dung boiled in milk. If you are out of rotten apples and sheep's dung, we recommend getting yourself to a hospital really quickly as an alternative. The author is given as Arabella Atkyns, though the writer admits in the preface that this is a pseudonym. £998 (US $1,643).

It is safe to say that Michael Faraday made better use of the scientific method than did “Ms. Atkyns.” Faraday is most noted for his discoveries relating to electricity and electromagnetism. His work led to the electric motor and electric generator, both based on the ability of electricity to create magnetism and vice versa. While Faraday was conducting his experiments, he kept a diary. He continued for 42 years, with his original manuscript being given to the Royal Institution of Great Britain. It was published in eight volumes from 1932-1936 under the title Faraday's Diary. Being the Various Philosophical Notes of Experimental Investigation Made by Michael Faraday...During the Years 1820-1862... It includes not only Faraday's text, but the diagrams he drew in the margins of his diary. Item 143. £1,250 (US $2,058).

Here is another diary, though the diarist is not so famous. In fact, we don't know who he is, other than his name is “Sam.” It covers a trip to Europe from New York by three young men, from July 2 – September 3, 1913. They do the grand tour of Europe, including Italy, France, and Holland, before ending up in London. However, it's the voyage to Europe that is most intriguing. They sailed on the RMS Carpathia. As you may recall, it was the Carpathia that rescued those who found room in the lifeboats and thereby survived the sinking of the Titanic the previous year. Sam writes about the girls, games, and good food on the ship, including a shuffleboard tournament. The diary is accompanied by a photo album showing life on board. There was also a needle-threading contest and fancy dress parties. Sam's biggest complaint is their room, which was not very roomy. Such is the fate of low-fare passengers. “Our stateroom is very unsatisfactory, being a small room with four berths, no wardrobe... Only two at a time can dress not very comfortably at that. Room is very hot, and stuffy.” Nonetheless, the Oceanic, on which they made their return trip, was “far inferior.” At one point, the Carpathia rescues another vessel whose engine has broken down. The lack of reference to the ship's dramatic rescue the year before makes Sotheran's wonder whether Sam even knew about the Carpathia's historic role. Item 54. £998 (US $1,644).