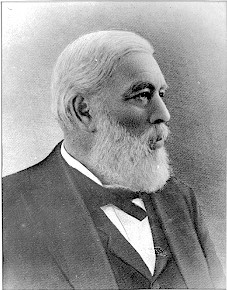 
Benton may have been right to eschew compromises on the issue of slavery. The Kansas-Nebraska attempt to compromise would lead to "Bloody Kansas," where pro and anti slavery forces would battle it out. Here is an interesting piece related to this last confrontation before the Civil War. It is Information for Kanzas Immigrants: Prepared by Thomas H. Webb. Secretary of the New England Emigrant Aid Co., published in 1855. Sympathizers on both sides of the issue wished to stack Kansas with supporters so that the state would choose to affiliate with their side when admitted to the Union. This New England group, naturally, was encouraging foes of slavery to settle in the Kansas Territory. Item 219. $175.

What do Rufus King, Hugh White, Gerrit Smith, Horatio Seymour, Belva Ann Lockwood, and Eldridge Cleaver have in common? Don't know? Does it help if I add Thomas Jefferson, Theodore Roosevelt, John Adams, and Andrew Jackson to the list? The answer is that all were failed candidates for the presidency. Of course, some of those people were also successful, either before or after their losing efforts, which is why that second group of names is probably much more familiar to you than the first. Here's a book from the Smithsonian Institution's Historian's Office, which will tell you all about the losers: 'If Elected....'Unsuccessful candidates for the presidency 1796-1968. Of course William Jennings Bryan must be the hero of this story, managing to lose three times on a major party ticket, though he may be better remembered for his role in the Scopes Monkey Trial, yet another loss for the Nebraska orator. But don't look for Harold Stassen here. Stassen lost nine bids for the presidency, but he never made it to the general election, being eliminated at the Republican convention each time. Item 38. $20.

Orange Jacobs wasn't an electoral loser, though he is certainly as obscure and forgotten as one. Jacobs was a judge in territorial Washington who would serve as a territorial delegate to congress and as Mayor of Seattle. The HistoryLink website, looking for notable accomplishments, says that he gave the eulogy address for President Garfield before a crowd of 3,000 or 4,000 people. If this is the best they can find, it may explain why no one remembers him. Well here is a chance to give Orange Jacobs, no relation, as far as we can tell, to Orange Julius, his due. Jacobs penned an autobiography, Memoirs of Orange Jacobs written by himself, containing many interesting, amusing and instructive incidents of a life of eighty years or more.... Is this book really "interesting, amusing and instructive?" You'll have to read it to know. Item 250. $62.50.