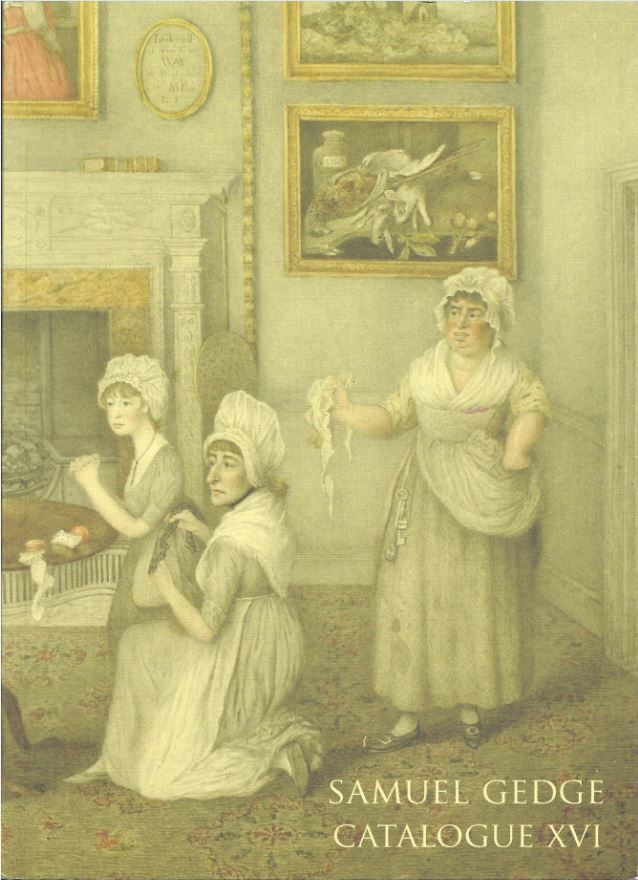 Samuel Gedge Ltd. Rare Books is now offering their Catalogue XVI (also known as 16). Samuel Gedge mainly offers items from England and Europe of several centuries ago, not so much full-length books as documents, broadsides, letters, and other ephemeral items. Anything can be found in such uncommon items, so the most we can do is provide a few samples of the types of things you will find. Here we go.

Free speech has not always been welcomed by British authorities and the time of the English Civil War was no exception. Item 19 is a pamphlet headed An Ordinance of the Lords and Commons Assembled in Parliament, against unlicensed or scandalous pamphlets, and For the better Regulating of Printing. Complaining about “the many seditious, false and scandalous papers and pamphlets daily printed,” it provides that the writer of such unlicensed verbiage forfeit their papers and be subject to a fine of 40 shillings or imprisonment up to 40 days. It also provides that booksellers and other vendors of such material be forced to forfeit it and “be whipt as a common rogue.” Officers were authorized to enter suspicious premises and seize all offending materials as well as the printer's presses. Item 19. Priced at £2,500 (British pounds, or about $4,107 U.S. dollars).

The next item, also from 1647, is a similar document, headed An Ordinance of the Lords and Commons Assembled in Parliament...to supresse Stage-plays, Interludes, and common Plays and commit the Actors to the Gaole, to be tried at the next session, to be punished as Rogues. There were a lot of rogues running around England at the time. This ordinance authorized officials to enter any place where plays might be put on, arrest the actors and throw them in “gaole.” One suspects this was not meant to save audiences from bad acting, but rather, like the previous ordinance, to shut them up. Item 20. £2,500 (US $4,107).

Here is an account of some American visitors to London on June 17, 1817. These guests were less than human. Item 1 is a handbill headed, By Permission. Sketch of the Natural History of the Four Animals Now Exhibiting in the King's Mews...being a New and non-descript deer, lately arrived from North America. These “non-descript deer” were wapiti, more commonly known today as elk. Inhabitants of the American West, elk were a novelty in the days before the West was won. These critters were displayed to audiences in Philadelphia and New York before sailing off to England. The importer had no intention of returning the creatures to America, advertising for “...noblemen, or gentlemen, who would make it an object to bestow on England and Europe this race of new and interesting creatures...” By the way, “mews” is an old British term for a type of stables. £450 (US $739).

Here is an odd piece. Item 29 is an affidavit “to certify that the body of Jennett Merchant lately deceased interred in the parish of St. Nicholas was not put in wrapt wound up or buried in any shirt, shift, sheet, or shroud made or mingled with flax, hemp, silk, hair, gold, or silver, or other than what is made of sheeps wooll only...” What was the point? To display that Jennett was warm and resting comfortably, or not a pauper? Perhaps it was to prove to God Jennet's last act did not violate His commandment not to mix fibers? Actually, the reason was far more mercenary than any of these. The law in England at this time (February 28, 1728) under the Burial in Woolen Acts required burial be in wool to protect the English wool trade from competition by foreign suppliers selling other cloths. This sheet is bordered with, by today's standards, ghoulish images of skulls, crossbones, skeletons, shovels, coffins, and the Grim Reaper. £750 (US $1,231).