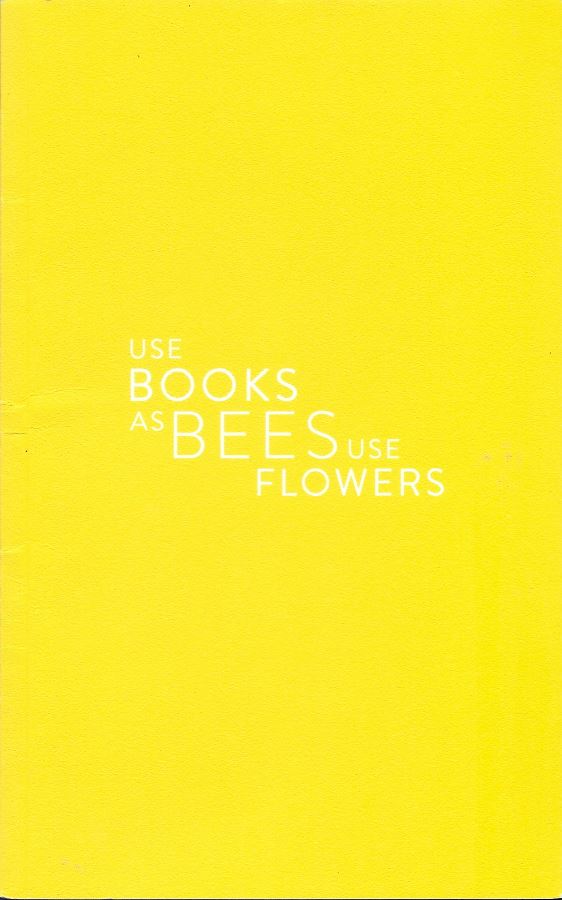 The second catalogue from Honey and Wax.

Honey and Wax Booksellers of New York City has released their second catalogue. It does not appear to have a specific title. The cover features their motto, “Use books as bees use flowers,” but that is not a title. The descriptive “second catalogue” will just have to do. Offered are 65 new acquisitions, literary works “beautiful and uncommon.” Included are several children's books, which may or may not be classified as “literary works” depending on your point of view. Either way, who doesn't like a Beatrix Potter rabbit (even if it isn't Peter), or a pre-Curious George H. A. Rey book of French nursery songs? That's enough to make you curious. Here are a few of the literary works offered in the second catalogue from Honey and Wax.

We will start with a work that went totally unrecognized when it was first issued, but received a much different reception two years later. The title is Poems by Currer, Ellis, and Acton Bell. There were no Bell brothers, but there were three Bronte sisters. When the three sisters got together to produce their book of poetry in 1846, they were unknown, and felt the collection had a better chance of succeeding if readers thought they were men. The ruse did not work. Reportedly, as few as two copies of this unobtainable first issue were sold. However, the following year, sister Charlotte Bronte had a major success with her book, Jane Eyre. That kindled interest in the sisters original collection, so the unsold copies were given a new title page and reissued, this time to a totally different reception. It would be nice to think all of this had a happy ending, but the Bronte family had about as much good fortune as Job. Two of the five original sisters died when they were young, as did their mother. Emily died in 1848 and Anne died the following year. Their brother, with more than his share of problems, also died in 1848. That left only Charlotte, and she only survived until 1855, when she died during childbirth. They did not survive long, but the Brontes' memories have lived on. Item 12. Priced at $4,200.

Item 8 is an inscribed copy of the first American edition of Peter and Wendy, published in 1911. Along with author J. M. Barrie's inscription is an autograph note from him on his stationery. Peter, of course, is Peter Pan. Barrie had introduced him as a baby earlier, but this book took him to boyhood, a place where he would remain forever. It also introduced the character of Wendy Darling, along with Captain Hook and Tinker Bell. Unlike Peter, Wendy knew she must grow up, leading to the story's inevitable dénouement. $12,500.

Here is another exceptional item for Pan fans: Arthur Rackham's Peter Pan Portfolio. Rackham, the great children's books illustrator, was originally approached by Barrie to illustrate his first Peter Pan book in 1904. The result was an exceptional collaboration. In 1912, this first edition of his portfolio was published in 600 copies. Rackham selected 12 of his favorite illustrations to be printed in the largest plates Rackham ever printed (this is an elephant folio). Rackham set his fantasy illustrations within the real world of contemporary London, a mix of reality and magic. This London edition preceded an American printing of the portfolio by two years. Item 7. $16,500.

This next book may be the first tourist's travel guide. Early in the 17th century, Thomas Coryat, a small player in the English court, set out for a tour of Europe. In those days, travels were the conducted by explorers, diplomats, traders and the like. No one just went as a tourist to see the sights. Coryat did. He visited seven European countries, France, Italy, Switzerland, and Germany among them. In the 19th century, touring would become a major province of the well-to-do, but if anything, it got Coryat ridicule in 1608. Then again, a somewhat pompous attitude may have been responsible for the fun made of Coryat. His book includes commentary verses from many writers of the era, including John Donne and Ben Jonson, as was the custom of the time. However, several were more subtly mocking than complimentary. Nevertheless, Coryat brought back news of Europe unknown to the English, including being credited with introducing the fork, then in use in Italy, to his native land. Item 1 is a first edition of Coryat's Crudities: Hastily Gobled Up in Five Moneth's Travels, published in 1611. Coryat would later follow up with a trip to Asia, where he took sick and died. $25,000.