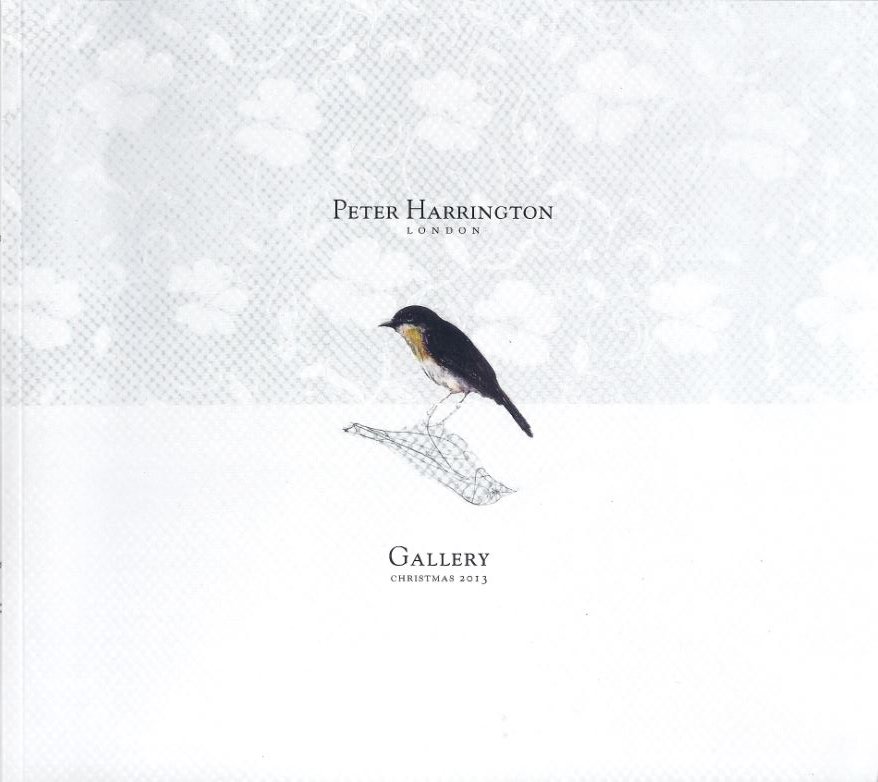 Peter Harrington has issued a catalogue entitled Gallery Christmas 2013. While Harrington is primarily a bookseller, this catalogue is focused on art. Most items are various forms of printings of art work, though there are a few books, along with maps and such more readily associated with the book trade. However, these days, collectors tend to seek a broader swath of material, where the visual combines with the textual in forming collections. And, most of these items have the benefit of being suitable to hang on a wall. So, here we go with a few samples. We also note that Harrington has prepared a catalogue of books for Christmas as well, and we will review that in the next (December) issue of AE Monthly.

Item 17 is a book accompanied by a remarkable photograph: Montparnasse. Essays von Hans Irrek. Interviews von Ursula Trubenbach und Hans Irrek. The photograph was taken by Andreas Gursky, the subject being architect Jean Dubuisson's quarter-mile long housing block in the Montparnasse district of Paris. Built from 1959-1964, the housing is a tribute to rectangles, rectangular in shape with lots of rectangular windows. One can make their own judgments on the beauty of the building, but it, and Gursky's massive photograph, are certainly spectacular. These essays were prepared for an exhibition in 1995, and the photograph is signed by Gursky. Priced at £4,000 (British pounds, or approximately US $6,457).

Item 54 is one of a limited edition of 77 copies of a 1994 print of Ralph Steadman's Bats Over Barstow. If the title doesn't sound familiar, the title of the book in which it was featured and the image itself may be. The illustration was featured on the cover of Hunter Thompson's 1972 bizarre road trip novel Fear and Loathing In Las Vegas. It was an unforgettable journey by Thompson and Oscar Acosta in the drug-crazed era of the 1960s. Steadman's art is as bizarre as the book. Grotesque caricatures of Thompson, behind the wheel, and Acosta, riding alongside, are seen speeding down a desert highway, bats flying above. Steadman would remain an illustrator and friend of Thompson's for the remainder of his life, and this catalogue also contains an illustration Steadman created for the first anniversary of Thompson's self-inflicted demise. £7,250 (US $11,714).

This next item is a copy of John Lennon's Bag One Portfolio. Lennon produced a series of 14 sketches after his 1969 marriage to Yoko Ono. The first half represented scenes from events around the time of the marriage, including their legendary “bed-in,” where Lennon and Ono spent a week in bed in an Amsterdam hotel room for peace. They gave numerous interviews promoting peace from their bed, and thanks to Lennon's celebrity, the press was there en masse. The second, later group of sketches were more erotic in nature, though depicting the same couple (themselves). Three hundred copies of the portfolio were produced for public sale, but this is one of only 45 hors commerce (not for sale) copies produced. These were intended to be given to friends and associates of John and Yoko. This one went to Edward Booth-Clibborn, who was to produce and sell posters based on the art (it didn't happen because someone surreptitiously photographed the sketches and began selling cheap copies). This item is extremely rare in the trade. John's art is passable, but one can assume this would not be nearly so desirable were it not for his other career. Item 25. £85,000 (US $137,206).