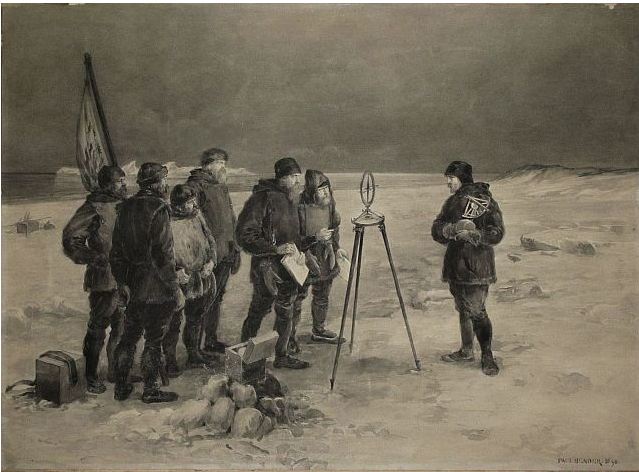 Item 53 describes the first overland trip across North America, and it was not made by some named either “Lewis” or “Clark.” It was a Canadian who twice attempted to reach the Pacific via a more northern route. His first attempt came in 1789, when he followed a long river to the ocean, only to discover he had landed at the edge of the Arctic Ocean. Undaunted, Alexander Mackenzie made another attempt three years later. This time, realizing he wasn't going to find some nice, wide river that would take him to his destination, he inquired of various Indian tribes and others, taking a route that covered both overland as well as river travel before finally reaching the Pacific. While his unsuccessful first trip was honored with the naming of the river he traveled, the Mackenzie River, after him, it is the accomplishment of the second journey that is of greatest significance. Offered is a copy of Reisen von Montreal durch Nordwestamerika nach dem Eismeer und der Süd-See in den Jahren 1789 und 1793, the second German edition of 1802 (published same year as the first). €1,600 (US $2,136).

James Clark Ross was one of the most significant, and regular of polar explorers. His first journey to cold climates came in 1818, when at the age of 18, he accompanied his uncle, Sir John Ross, on a search for the Northwest Passage. From then through the 1830s, he would sail with his uncle and Edward Parry on numerous Arctic voyages. In the 1840s, he would be put in command of Antarctic explorations, and in 1848, he would lead one of several search parties in an unsuccessful attempt to locate the missing John Franklin expedition. Item 71 is a black and white drawing by Paul Bender, signed and dated 1896, commemorating an event that took place on June 1, 1831. It depicts Ross and several men who were with him when they discovered the North Magnetic Pole. €2,400 (US $3,205).


Antquariat Eigl may be reached at (0049) (0)8031 / 33504 or RalfEigl@t-online.de. Their website is found at www.AntiquariatEigl.de. The website offers an English translation of the catalogue.