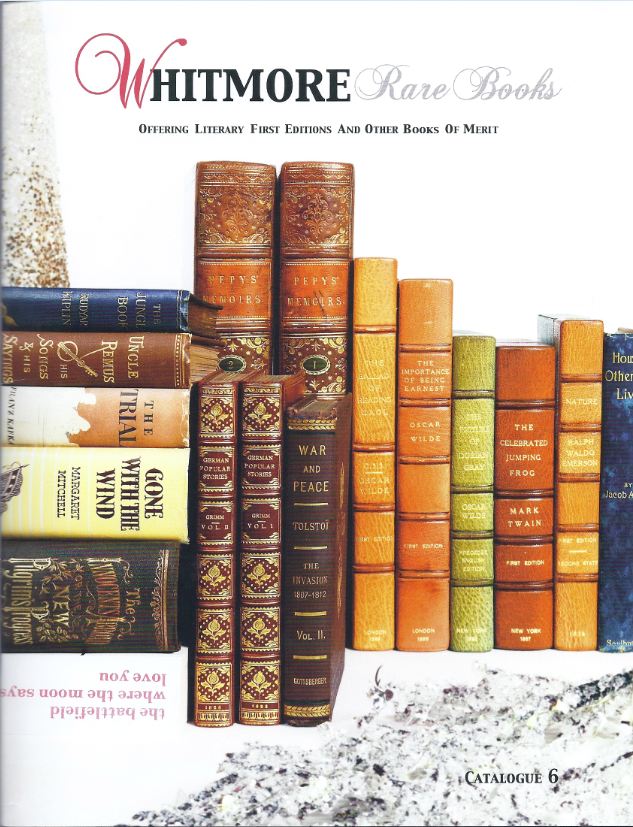 Item 28 is one of those iconic books of 20th century American literature, The Great Gatsby. There is not much to be said about it that is not already well known. It is a work of the “Jazz Age,” the “Roaring Twenties,” whatever one wants to call the era. F. Scott Fitzgerald, and his wife Zelda, lived the lifestyle to the fullest, supported by this and some earlier successes of Scott's writing. Offered is a first edition of Gatsby, published in 1925. The book was not a major success at the time, doing little to stop what was now a rapid downward spiral in the lives of the Fitzgeralds. Priced at $2,650.