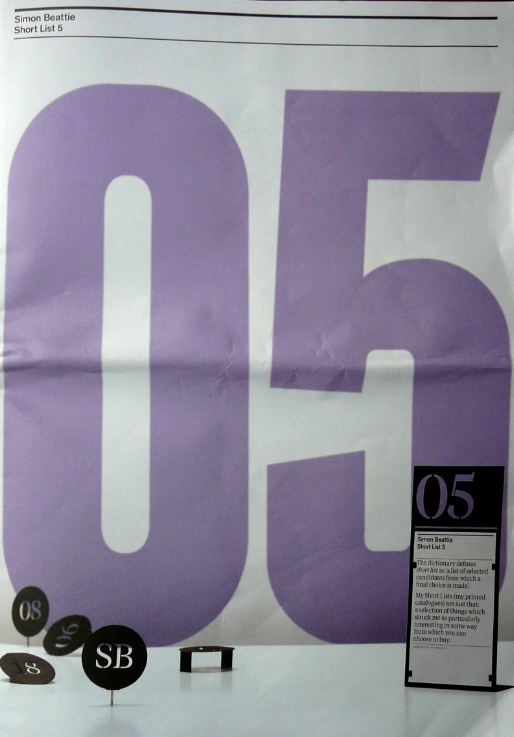 Simon Beattie recently issued his Short List 5. Considering the catalogue is 16” in height, it doesn't much look like a short list, but inside reveals just 25 items in this oversized publication. Beattie reports that it took him a year to find these 25 items, and they are such an odd mix we are not surprised. Though located in England, much of what Beattie offers comes from Russia, Germany, and France, and sometimes from places, at least spiritually, hard to pinpoint. If you enjoy the eclectic, you will like Beattie's catalogues. These are some samples of the 25.

Here is an item you probably don't have, unless, perhaps, you lived in the old Soviet Union, and even then, probably not. It is titled (sort of) Slava nebesnym brat'iam... or, in English, “Glory to our heavenly brothers! Verse and songs of Soviet cosmonauts.” The Soviets didn't have a lot of triumphs over the West in scientific and other such endeavors, but they did manage to get out first in space. They had the first satellite, and in the year before this was published - 1962 – they put the first man in space, cosmonaut Yuri Gagarin. That was worth some poems and songs, and this one contains some memorable ones, such as Fourteen minutes to liftoff, and The blue planet. March of the Soviet Cosmonauts. The latter was first sung by the multi-talented cosmonaut Pavel Popovich, eighth man in space. Item 7. Priced at £750 (British pounds or $1,202 in U.S. currency).


Here is a piece which is hard to fathom. Is it a touching tribute or an item of tacky “humor?” It is described as a “most worthy memorial of compassion.” Seeing that the poem on the second of the two leaves was written by a local preacher, Christoph Bezzel, it was probably a tribute, though one can't help but wonder what was this man thinking. The tribute is to Anna Maria Loffelholz von Colberg, who died in June of 1727. After her death, an enormous kidney stone weighing 14 ounces was removed from her body (why didn't they remove it before she died when it might have helped her?). The first leaf reproduces a life-size engraving of the kidney stone. Beattie notes, “If the reproduction of the stone seems ghoulish, the poem appears equally tasteless to modern sensibilities.” Bezzel seems to make puns using the word for “stone” (stein) such as she came from Holenstein, lived in Steinach, and so on. Item 16. £850 (US $1,363).


Here is another touching piece with a bit of a twist. It is a manuscript “book of daily worship” dated May 1, 1832. It was created by Stanislaw Debicki for his wife while in exile in France. Debicki had participated in the November Uprising, an unsuccessful attempt by members of the Polish military against Russian rule. Many of the soldiers made their way west to France rather than face the terrible consequences awaiting them at the hands of the Russians. Debicki has supplemented his handwritten text with 9 mounted engravings taken from elsewhere. However, it appears that, while evidently devoted to his wife, Debicki was a bit of a rogue. He made his money in France by cheating other people out of theirs. He claimed at times that he was a count, a major in the U.S. Army, and a member of the Legion of Honor. He was deported in 1848. By 1863, a note on the verso of the title page indicates the book had reached English bookseller J.A. Grimes of the East End bookshop. Grimes said he picked up the book in hopes of finding someone in the family, “to whom it must, I think, be considered a treasure.” Beattie continues the search. Item 8. £1,200 (US $1,924).


Item 10 is a pair of rebuses, the first theoretically a letter from a sailor at sea to his sweetheart back home, the second her reply. “Rebus” is one of those words you may not know, but you instantly recognize one when you see it. It is where pictures are used in place of some of the letters or words. I struggle to figure out the meaning of most of these images, perhaps because the English language was not quite the same in 1799 when these were printed, though the picture of an eye for the word “I” is an obvious one still used today. These two sheets, published by Laurie & Whittle of Fleet Street, London, appear very rare, only one uncolored copy showing up on OCLC (these have been colored). The two pieces are headed A Hieroglyphic Epistle and A Hieroglyphic Answer. £2,500 (US $4,009).


Item 20 is a book you are not supposed to see, but the purchaser will have a chance anyway. It is the second, expanded edition of the “infamous” Polunbi-Katalog. “Polunbi” stood for German Central Police Bureau for Combating Obscene Pictures, Books, and Advertisements. Evidently there was a lot of that stuff in 1926 decadent Weimar Germany. This book describes thousands of confiscated pieces and whether they were removed from circulation or cleaned up. The preface notes that it is “to be regarded as a secret file and therefore to be kept under constant lock and key.” If lost, the number of the copy had to immediately be turned over to the Central Police Bureau. Beattie notes, “As one might expect, the book is extremely rare.” £1,500 (US $2,406).