More Books from an Alternate Reality from Garrett Scott, Bookseller 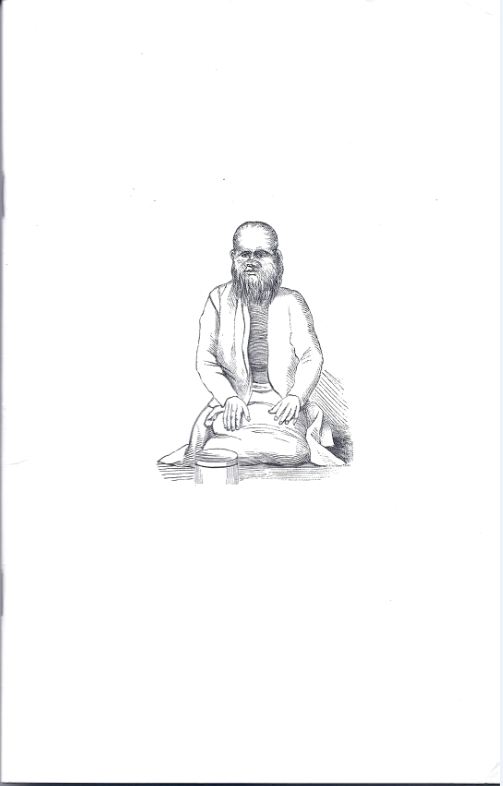 The 39th catalogue from Garrett Scott.

Garrett Scott, Bookseller, has published his Catalogue 39. Recent Acquisitions. Scott's books are not just the type you can collect, but titles from which there is much to learn – things you never knew. Most of his authors live in an alternate universe, one where reality is nothing like what we experience. Some may think them delusional, and Scott sometimes refers to his writers as “cranks,” but who is to say what is real? The answer is, a lot of these writers tell us what is real, and their books and pamphlets will introduce you doubters to a new world. If you are unconvinced, at least you are guaranteed to be entertained. Most of these “cranks” are Americans, but this time Scott has a good selection of British and French oddballs as well. And, as always, there are a few rational titles mixed in with the strange. Here are a few samples of what is in store.

“You wouldn't expect a moron to run a train, or a feebleminded woman to teach school.” Actually, I would, but I am somewhat jaded. I understand the point of the Human Betterment League of Iowa, which had their own ideas on how to better mankind. You Wouldn't Expect... is a “charming piece...with whimsical illustrations,” Scott informs us, on that humorous subject of human sterilization. And we let the people of Iowa pick our presidents! This piece promotes Iowa's “voluntary” sterilization law for “mental defectives.” The League reassuringly points out, “The operation is almost never performed without consent of the patient or the patient's family.” Just remember that “almost never” line the next time you plan a trip to Iowa. Item 42. Published during the 1940s. Priced at $50.


Here is another whimsical piece: American Meddlers Association... Ethical – Ultra-ethical. The American Meddlars Association is a thinly disguised stand-in for the American Medical Association, the target of Esther Rodgers, a supporter of naturopathic medical treatment. The story includes dialogue from the likes of Dr. Gil T. Conscience and Dr. Buryem Atta Profit. Clever is she. And then there's Dr. Morey Fishback Kike, a rather questionable bit of characterization. Ms. Rodgers is alluding to Morris Fishbein, editor of the AMA's journal. However, Ms. Rogers assures us there is no anti-semitic intent. She explains, “Because the villain in this story happens to be a Jew, I do not wish to leave the impression that there is anything wrong with the Jewish people – their honesty, their integrity, or their means of doing business.” And then she adds the strange comment, “Because the villain in this story happens to be a Jew whom I have heard called Dr. Morey Fishback Kike, does not mean that there is such a person.” If there isn't such a person, than how were people talking about him? Item 77. Published in 1937. $75.


What makes for perfection in a woman? The Twentieth Century Med. Co. knew at the turn of the century. “The greatest charms of a fascinating woman's lovely form are a finely developed bust, plump neck and rounded arms. A perfectly developed bosom has always been considered the highest type of perfection in womanhood, and the crowning glory of her sex.” Methinks this was written by a man. Not that I would contradict what has “always” been known, but a plump neck? What is that? Item 90 is a group of advertising sheets for this cutting edge, 20th century company, including the 20th Century Bust Developer. It was some sort of tonic to be applied topically, with or without the help of a friend. $50.


Item 3 contains 16 issues of The American, published from Baker City, Oregon, during 1895. This publication treated women with respect for reasons other than their breast size, being pro-suffrage. And yet, I am still not quite comfortable with the way they express their progressive sentiments: “the woman is in every way as competent to wield a vote as the Pole, the Hun, and the dago.” One suspects this writer did not entirely mean the comparison as a compliment to women. The publication was virulently anti-Catholic, which helps explain these comments. $250.


From the field of modern medicine, we have The Waves that Heal: An Account of the Theories of M. Georges Lakhovsky, dated 1926 but published in 1929. This is a first English edition after the 1926 of Paris. The gentleman made a remarkable discovery - “M. Lakhovsky has demonstrated, by a series of successive experiments, that the cellular oscillation of living organisms is maintained by cosmic radiation.” Bet you didn't know that. Unfortunately, improper oscillation of your cells can lead to such things as cancer. However, Monsieur Lakhovsky had an answer for this, the Lakhovsky Oscillating Circuit treatment. It used antennae to pass a current through the affected cells to restore their oscillatory equilibrium. No, you can't make this stuff up. Item 46. $75.


Next we look at a remarkable journey that leads us to the inevitable question, why? Why did he do this? It is a circa 1908 postcard of Harry Bensley, who on a bet, set off to walk around the world wearing an iron mask, never to reveal his identity. Along with numerous stops in Britain before taking off for the rest of the world, Bensley was required to marry someone who did not know his identity. There were also a few other conditions, such as he would leave with only £1 and a change of underwear. He was also to push a baby carriage the entire way. For money, and this explains the existence of this postcard, he had to sell these postcards. It pictures Bensley in his mask with a sign reading “Walking Round the World.” Reportedly, the journey was a result of a bet between J. Pierpont Morgan and the Earl of Lonsdale. Apparently, Bensley was to be well compensated by the gamblers if he pulled this off. Certainly, Mr. Morgan could afford it. He began the journey in 1908, and reportedly kept at it all the way until 1914, when the outbreak of war forced him to return from Genoa to England. Some doubt whether this is quite accurate, or whether he even left England. As for payment, that is unknown, but Morgan died a year before the supposed end of his journey. Item 8. $150.


Here is another medical miracle – the Electro-Vibratory Cure for Deafness and Head Noises. This item of quackery was patented by one Dr. Guy Clifford Powell. This was a patented device that worked by creating an electrical vibrating current. You attached the wires to each ear and ran a jolt of electricity through your head. Who could doubt this would cure deafness and head noises? Item 68 is a collection of advertising material for this device. The official price was $100, but the good doctor would follow up with sequentially increasing discounts to entice reluctant buyers. One of his promotional items announces Washington Post Endorses Dr. Powell's Discovery. The small print reveals that, no, it is not that Washington Post, but the Washington Post of Washington, Illinois. Dr. Powell was operating out of Peoria in 1905, the time of this offer. Item 68. $75.