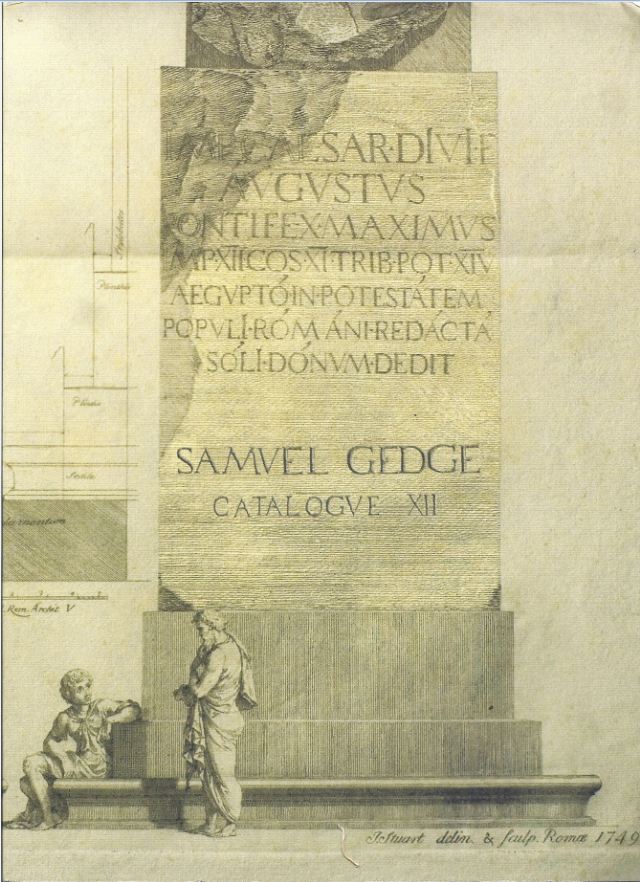 Samuel Gedge Ltd. Rare Books has now published their Catalogue XII. Gedge's catalogue is hardly limited to books. It is filled primarily with manuscripts and ephemeral items. What is common to the material is age. This is antiquarian material, often very old. It ranges from the 19th century all the way back to before printing. This is definitely a catalogue for the antiquarian. Here are a few of the items offered.

Being an indentured apprentice was not quite the same as slavery. At least it had a time limit, and there were a few more standards of care due from the master. Still, for however many years the young person was placed under control, freedom was very limited. Item 38 is the indenture document for William Harrison, a young man made apprentice to John Sarran of London, a distiller, in 1707. Hopefully, the young man at least got some free drinks, as he didn't get much else. Harrison was bound to Sarran for seven years, “during which term the said apprentice his said master shall faithfully serve, his secrets keep, his lawful commandments every where gladly do...he shall not commit fornication, nor contract matrimony within the said term. He shall not play at cards, dice, tables, or any other unlawful games, whereby his said master may have any losse...he shall not haunt taverns or playhouses...” In return, the master was obligated to provide food, lodging, and instruction in the trade. Priced at £350 (approximately $552 in U.S. currency).


Item 62 is related to 19 people who were far worse off than young Master Harrison. This is a letter from Malcolm Laing, attorney, to wealthy plantation owner William Philip Perrin. Laing advises Perrin that he has purchased 19 slaves on his behalf for his Jamaican plantation. He provides a list of the value of each slave, with the total coming to £1,395. The transaction was completed in the year 1780. £450 (US $710).


Here, now, is a document of freedom. It is a deed of manumission for a “villein,” a tenant farmer legally bound to the land during medieval times. The man was one John de Newdyke, and he received his freedom on December 28, 1409, during the Feast of the Holy Innocents. De Newdyke was now free to become a rent-paying farmer. He, and his descendants, would have to pay 13s 4d to their landlord, the Convent at Revesby, Lincolnshire, but would no longer have to serve it. Item 79. £1,250 (US $1,970).

Item 47 is a funeral invitation, typical of its time (1798). It includes a woodcut illustration on a sheet, with a blank center, wherein is written the specific instructions for the funeral. In this case, it states, “You are desired to accompany the corps of Mrs Susan Barrow from her late dwelling house in Little Marlborough Street to the parish church of St. James's Westminster...” It all seems a little ghoulish today, but was standard in the 18th century. We would not invite someone to accompany a corpse anymore, nor would we have a funeral invitation depicting a skull and crossbones, the Grim Reaper (not so grim here – he is smiling), a skeleton, an emptied hourglass, several more skulls, and the wording “Remember to Die.” Could we forget, even if we wanted? Was this message added by the funeral director, fearful of losing business? £850 (US $1,340).